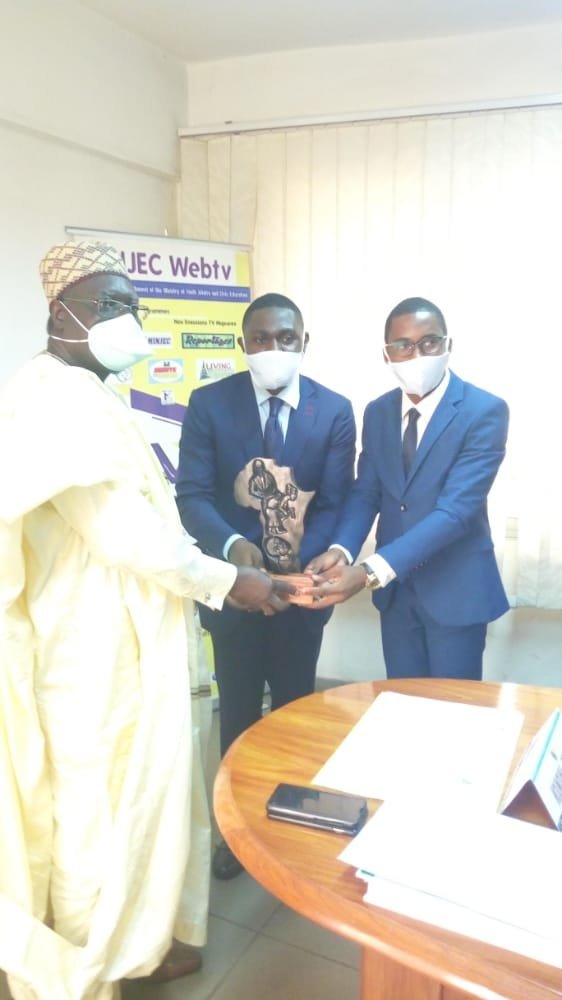 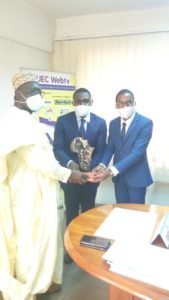 Wednesday 15th July 2020 has been inscribed as an historic date for Youth affairs and civic education Minister, who was awarded the 2020 Mandela Development Prize from the African Youth Union for Development (UJAD). Minister Mounouna Foutsou granted a special audience to the delegation of UJAD led by its national executive president in Cameroon, Afa’a Spécial Valère Victory.
Afa’a Special Valère Victory explained that the African Union of Youth for Development (UJAD) is a non-profit and non-political organization working to improve the living conditions of African populations through youth entrepreneurship. While presenting the scope of UJAD, he outlined the fact that, the organization participates alongside public authorities in youth development initiatives, on behalf of tenants of national policies, the African Youth Charter, the 2063 African Union Agenda and the United Nations’ 2030 Agenda.
He equally said; this organization was inspired from the African Youth Charter and has centered its actions on 7 main pillars which laid emphases on the 7 objectives of the African Youth Charter.

Concerning the 2020 Mandela Development Prize awarded to the Minister Mounouna Foutsou, the national executive president of UJAD Cameroon, explained that in 2019, his organization has listed the minister of youth affairs and civic education amongst personalities whose actions have a positive impact on youths in the country.
He underscored the fact that the Minister meets all the criteria attributed to Nelson Mandela.

“We can cite Trust, Perseverance, Dedication, Listening or Tolerance.” He said.

On his part, the Minister said he is honored to receive such a distinction. He accepts it as a car symbol. And he said that, it could not be compared to Nelson Mandela. 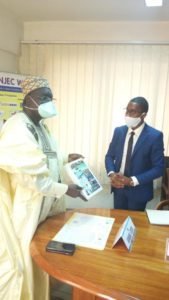 In his key address, Minister Mounouna Foutsou, said UJAD has proven that youths’ associations and movements can make a difference. He laid emphasis on hard work and determination.
“With a youth increasingly lacking in model, UJAD testifies, through this distinction, that one does not arrive at a position of responsibility at random. Looking at the Minister’s journey, presented by UJAD, young people must understand that success is not the fruit of compromise. To be a minister, one does not need to enter in sects. Young people nowadays need to understand that it is only hard work that pays. And to have this motivation, they have to inspire from the background of some personalities and outstanding figures…”

The Prize awarded to the minister was accompanied by an attestation. 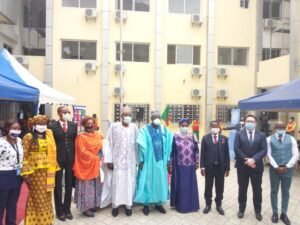 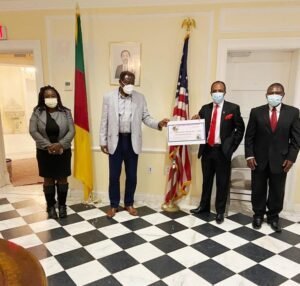 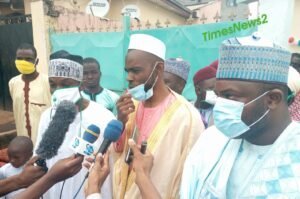