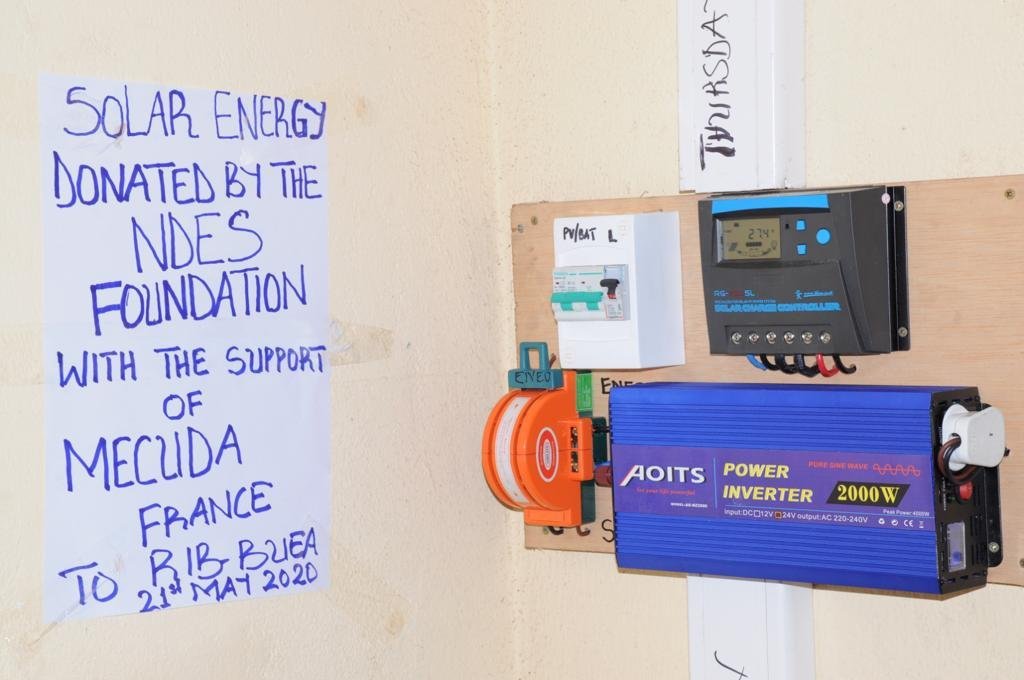 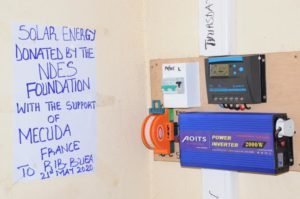 A 2 Kilowatt solar electrification project has been launched officially on June 6, 2020 in Buea, South West region of Cameroon.

The project which emanates from a fruitful  partnership sealed between NDES Foundation and the Meta Cultural and Development Association (MECUDA) France is out to curb the problem of constant power shortages observed within the Buea-based rehabilitation institute for visually impaired persons.

The renown institute commonly called Bulu blind center benefits from this humanitarian gesture that acts as a great boost to the health care of the blind trainees and to the entire Bolifamba community.

The highly welcomed solar energy initiative was appreciated through a series of key speeches granted during the ceremony.

The Director of the Bulu Blind center, acting as the representative of the ministry of social affairs has addressed his guests. In his key message, Godfred Anutemeh has hailed the gesture of the two donors and highlighted the positive impact it will generate in the said institute.

« With the 2 Kilowatt solar energy system, all the units of the center such as the health unit, the ICT unit, the girls’ and boys’ dormitory as well as the poultry farm will now boast of constant supply of electricity. And this is great for us » He said. 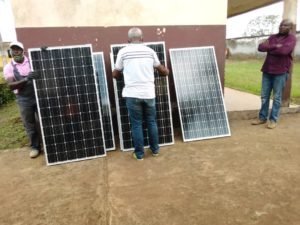 According to Head Nurse of the health unit, Christy Njikang, the move is laudable. She explained how the health unit which serves over 200 patients per month in the entire Bolifamba community has been crippled due to power shortages which  made it so strenuous to store vaccines and to use the autoclave and microscopes.

Benefits of this solar electrification project were equally echoed by Benard Achu Quadiga, the Livestock Instructor. He underscored the importance of the solar system in providing uninterrupted supply of electricity to the poultry farm which has a capacity of over 600 fowls.

Speaking on behalf of the President of NDES Foundation, Ruth Sakwe, Vice President of the foundation has outlined how necessary and impactful the project will boost the quality of life of the visually impaired trainees. Ruth Sakwe expressed her satisfaction and noted that, though this was a great realization, more is still needed as the system can be scaled up to supply electricity to the staff quarters and borehole. On her part,  Lizette Ikwoh who represented MECUDA France, expressed the desire of their association to carry out more humanitarian actions.

The project jointly initiated by NDES Foundation and MECUDA France led by Stanley Enyih and Henry Fortu respectively enters within the framework of a Memorandum of Understanding(MoU) signed on the 02nd of September 2019.

Worthy to note, the rehabilitaion institute for the blind created in 1967, is the sole government institution of its kind in Cameroon. The Bulu blind center currently host Close to 39 visually impaired persons. Age from 6 to 35 years. 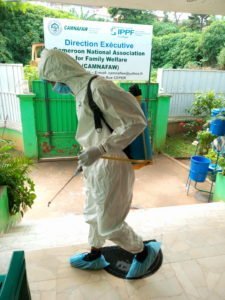 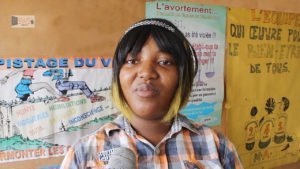