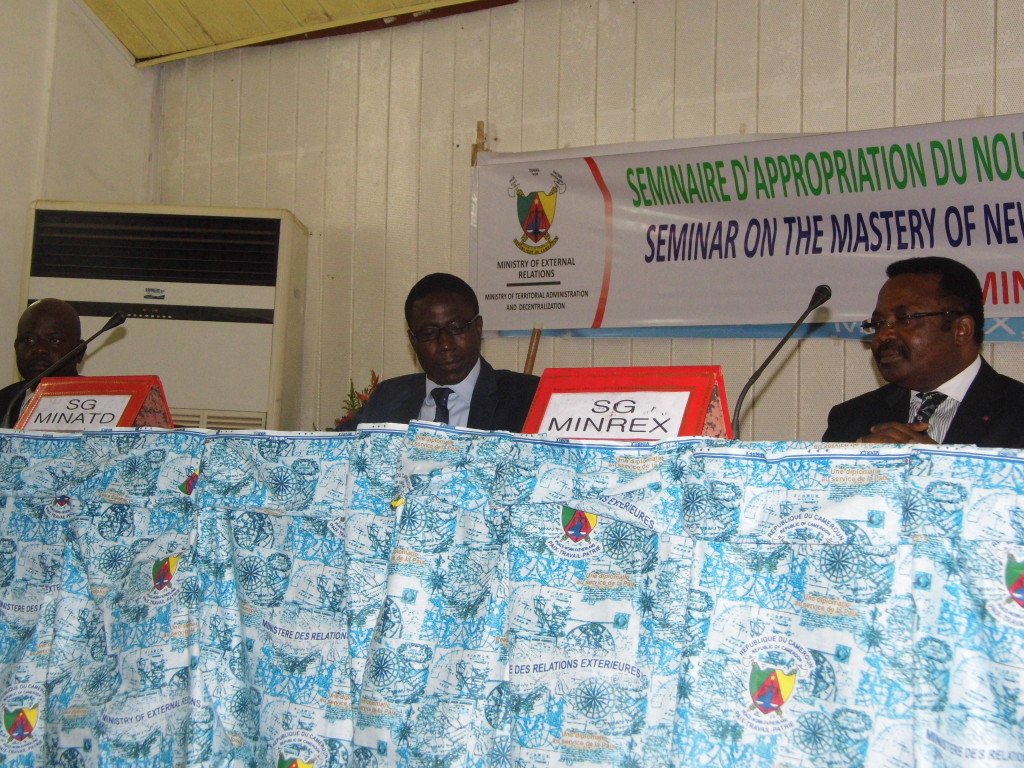 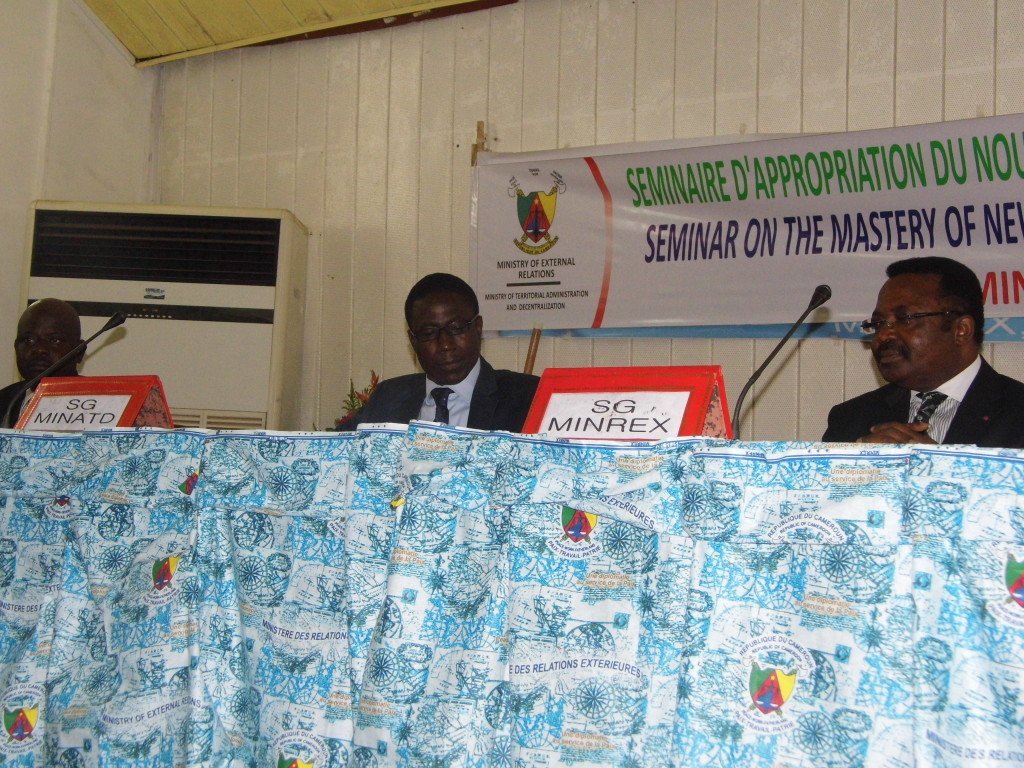 A two day seminar targeting the staff of the Ministry of External relations and its external services with regard to the amended civil status legal framework holds in Yaounde.

« Diplomats abroad represent the government collectively, each Minister individually and the Head of state obviously. So, the diplomats are called upon while they are abroad, to exercise the role of civil status officers. All the ambassadors, high commissioners, consuls and honorary consuls are therefore called to issue our national certificates ». This was outlined by the Secretary General in the ministry of external relations, Felix Mbayu while presiding at the opening ceremony of the two day seminar on the amended civil status legal code in Cameroon. Felix Mbayu was speaking alongside his counterpart of the Ministry of territorial administration and decentralization, Pierre Essomba, the General Manager of the civil status office in Cameroon and the Representative of CIVIPOL. The Secretary General in the Ministry of territorial administration and decentralization, Pierre Essomba praised the importance of this come together.
From the foreword note of the Minister of Territorial administration and Decentralization, the holding of this meeting at the ministry of external relations, follows the Vienna Conventions of 18 April 1961 on Diplomatic Relations and 24 April 1963 on consular Relations enshrine the principle of extra territorial jurisdiction of states. Ordinance No 81/2 of 29 June 1981 to organize the civil status registration and various provisions relating to the status of the natural persons, as amended and supplemented by Law No.2011/11 of 6 May 2011 reaffirms this principle and that of personal jurisdiction, which is another attribute of the sovereignty of States that enables them through national laws to cause even national residing in foreign territory to abide by it.
Ahead of the training and group discussions, the Secretary General of the ministry of external relations called on participants to make sense of curiosity and get informed on the main procedures to be followed as civil status officer. The two day training has been qualified as a guide aimed at building capacities of diplomats for a reliable, modern and secure processing of civil status certificates of Cameroonians living abroad.
The seminar that opened this October 25, 2016 in Yaounde enters within the framework of the Rehabilitation process launched in 2007 under the approval of the Cameroon civil status Rehabilitation Programme (PRE2C). The ministry of territorial administration and decentralization is responsible for the implementation of this reform with technical and financial assistance from the French government through CIVIPOL Conseil cabinet. The PRE2C aims at improving the registration rate of civil status events that is births, marriages and deaths, preserving this information and widening access to civic rights to a large number of persons. More so, with the setting up of a national civil status computerized index, the government will be able to master its demographic strength, so as to better plan for the development and protection of the Cameroonian nationality.