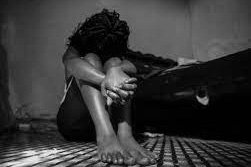 In the West and Littoral regions of Cameroon where thousands of internally displaced persons have resettled due to violent conflict in the North-West and South-West regions, cases of sexual exploitation and rape of girls and women are rampant. Elise Kenimbeni reports.

Fifteen-year-old Pamela (not her real name for security reasons) is a deaf and dumb internally displaced person (IDP) living with her family in Tonga (90 kilometers from Bafoussam, the capital of the West region of Cameroon) since the outbreak of violent conflict in the North-West region of the country in 2016.

The teenager from Kumbo town was sexually abused and raped in April 2021 by the 27-year-old son of their landlord and today she is pregnant. Threatened with death should she disclose the violation, the young IDP kept the secret until her mother smelt a rat when Pamela skipped to ask for her sanitary pads the month that followed. And despite her mother’s pressure, Pamela refused to reveal the truth. She only disclosed the secret when her father, a student pastor returned from a mission and thoroughly questioned her. Frightened and frustrated, she finally told her parents, in sign language, what happened.

Her case was filed at the Gendarmerie Brigade in Tonga. It aborted the first time due to lack of evidence – semen sample and DNA tests – and the rapist was released days after. Unrelenting, in September 2021, the case was filed again at the High Court of Bangante (40 kilometers from Tonga); this time with the support of a coalition of 20 civil society organizations who were seized  of the situation. A lawyer and a sign language translator were hired and assigned to the case.

With tension mounting at the High Court, Pamela’s family has been offered handsome bribes to drop the case and resettle in another town. They have adamantly refused and paid the price for it: The unwilling primipara and her family were evicted from their rented premise and, later, the house they were sheltered in by a good Samaritan at a much less cost.

Pamela, who is now eight months pregnant, is expected in court this January for final hearing.

The situation Pamela finds herself in is not singular: This is what many defenseless female IDPs live through in most host communities. Due to lack of well-paying jobs for survival, others are forced into sex-for-survival activities in which abuse is rampant.

Sex as a surviving asset

In Akwa, an abuse hotspot in Bafoussam, everything seems quiet during the day. Yet as dusk falls, young girls and women dressed to impress pour into the streets. Most of them are said to be “reporting for duty”. Some are on the streets as sex workers, others are waitresses in drinking spots, while many are double-trading – petty traders willing to offer their bodies to the highest bidder.

Waitresses in drinking joints too offer more than the stated waitressing services. Their bosses, who pay them a maximum of USD60, force them to offer “underground” (sexual) services for a higher pay at the end of the month.

We confirmed that many of these female IDPs are threatened with dire consequences should they report this abuse to authorities; in their desperate state, they comply.

A community source who fears attack if she spoke openly says: “Many of these young girls are used by their employers. To secure their jobs, have higher pay, or simply earn their end-of-month salaries, they have to sleep with their bosses. It gets worse. Some of them give sex in exchange for food, up keep, and one-roomed accommodations. They cannot afford electricity and water. Many of them suffer from diseases. Some violators do not even seek their victims’ opinion; they impose themselves on their victims knowing they cannot retaliate. Thinking herself helpless, the IDP woman accepts. We have young girls who were sent here in Bafoussam by their parents in order to pursue their studies. But because they do not have enough to survive, they are forced to give themselves to these men in order to purchase their sanitary towels, body lotion and taxi fare to reach their school campuses.”

In Douala, the economic capital of Cameroon, at the heart of the Littoral region, it is the same. This is where we met Ekeng, 23, the mother of a two-year-old boy. She ran away from Tombel, a town in the South-West region. She told us she reached Douala in 2020. She did not know anyone but was taken in by a host community of 12 people residing in Bonamikono, Bonaberi neighborhood. There, she came “face-to-face with realities of life”. She was confronted with the challenges of feeding her baby, herself, resuming classes not to mention contributing to the  house rent and bills.

Ekeng says: “I have to contribute USD 30 every month to house rent and bills. There’s nowhere I can get this money except in the streets like my other house mates. I have never wished to be a sex worker in my life but due to difficult circumstances I have been forced into it…”

Human rights advocates, social workers and gender-based violence experts have called on the  government to halt this abuse against female IDPs. They have launched a series of meetings and organized workshops to voice-out their deep dismay. At a workshop organized in December 2021 in Foumbot (West Region) to address issue, hundreds of IDPs were convened to share their experiences.

According to Ngueh Courage, National Coordinator of Save the Soul, a leading community-based organization serving  IDPs, there is need to address the root cause of sexual exploitation of IDPs: “You will ask, why can’t she get a job? Some do not even have documents that they can use to get a job with because they lost these in flight from conflict. Some of them do not even have identity cards for such simple things as receive their payments; they have to use others to do that…”

Pauline Kuekem, another human rights advocate, Founder and National Coordinator of  the association in charge of the protection and promotion of vulnerable groups’ rights (APROJED) said, they have initiated closed-door exchanges with some local authorities in to address the rising cases of sexual abuse and exploitation. They are optimistic of success even though nothing good has filtered through so far.

These and other organizations have launched informative workshops to school-going female IDPs on their reproductive rights, menstrual hygiene, the use of modern contraceptive methods and other sexual rights and awareness topics. They also suggest alternative economic activities to sex work.

Breaking the silence and denouncing all forms of sexual abuse or exploitation in school campuses has been one of the giant steps taken so far by community based organizations. The organizations have set up anonymous reporting systems – suggestion boxes – in schools that enroll the highest numbers of IDPs. According to Pauline Kuekem, through these boxes they have registered 10 cases of sexual abuse – some involving teachers who give marks for sex.

The national coordinator of the APROJED, Pauline Kuekem believes the government, with the help of international donors, could incentivize whistle-blowing and policing as well as the criminal justice system to relieve female IDPs. In addition, to add to the work some UN agencies like UNFPA, UNWOMEN, do, there is need to inject more funds into organizations that work to economically empower young girls and women.

She said with the help of a local credit union, they have initiated micro loans of about USD100 for women who have been trained in hair-dressing, cake-baking, soap making and vinegar making in order to boost their small businesses.

Save the Soul’s National Coordinator, Ngueh Courage has requested the various UN agencies to urge the government to process legal documents for IDPs who lack them. She also proposes the creation of a card for IDPs just like it is the case with refugees. She said this could boost the reliability of statistics on IDPs in Cameroon. As of October 2018, the UN Office for the Coordination of Humanitarian Affairs (OCHA) estimated there were 437,000 IDPsin Cameroon with 246,000 of them being from the South-West region, 105,000 form the North-West region and 86,000 in the Littoral and West regions. 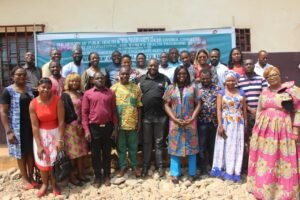 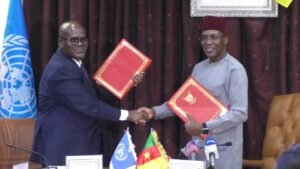