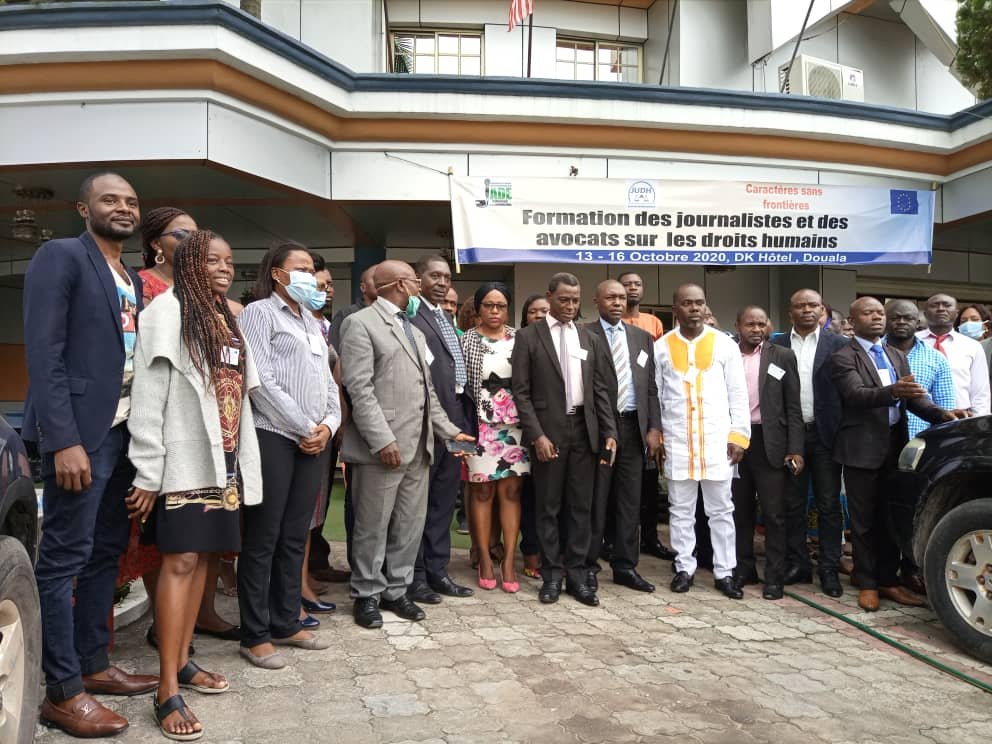 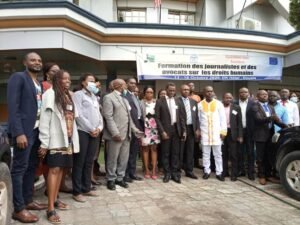 Journalists have been urged to uphold professionalism and operate within the confines of the law as they execute their duties of disseminating information.

This came to light during a four-day workshop on Press Freedom and Human Rights that attracted about 30 journalists from various regions of Cameroon in Douala.

The workshop that took place from October 13 to 16, 2020 under the banner of local based network “Journalistes en Afrique pour le dévelopement” (JADE) was aimed at launching the project dubbed press freedom to promote Human Rights.

Barrister Solange Tchamba Mbianga said journalists who practice outside the framework defined by the law are liable to offenses and consequently incur various sanctions.

She implored journalists to be careful with what they publish or say while on air adding that a good reporter should not invade people’s privacy in a bid to seek fame.

The Barrister further outlined that article 74 of the 1990 law on social communication, notably on press offenses refers to the provisions of the penal code for the penalties applicable to offenses committed by means of the media and audiovisual communication.

“This law also provides for certain offenses, the violation of which is punishable by fines. Under the banner of the anti-terrorism law, many journalists are arrested and prosecuted in special courts. Also the activity of media professionals on social networks can also engage their responsibility. The national communication council can also pronounce prohibitions, suspensions of exercise.” She said.

The opening session that gathered some lawyers and forces of order was marked by the presentation of the project by Etienne Tasse, coordinator of JADE. He underscored some key points of this 3 year incisive project and expectations awaited from the 30 media engaged in the process.

Etienne Tasse said this workshop which is a meeting point is intended to create trust between administrative authorities, the police, the gendarmerie and actors of the judicial system, necessary for the emergence of journalism based on Human Rights.

In his opening remarks delivered online via zoom, European Union (EU) Representative, Enrico Sborgi praised the initiative and called on all the media practitioners present to take advantage of such trainings for them to acquire necessary tools in human rights reporting.

During various presentations, it was revealed that there is little space given to human rights stories in Cameroon, as revealed by a study carried out by JADE from the 15th of June to the 31st July 2020 and which focused on 23 media entities (11 print, 8 radios and 4 TV stations).

Contributing virtually on the state of press freedom in Cameroun, the 75-year-old, who currently leads an association known as “Caractères sans frontières,” cited the 1918 journalism charter which states: « the journalist does not confuse his role with that of a justice ».

Beatrice Kaze of JADE delivered a presentation on how to produce human rights reports for the TV and radio. Added to that, she embraced some sensitive issues which are expected to be taken into account by journalists in cases of conflicts and crises and that capturing images, videos and audios are very necessary for journalists working for the audiovisual.

She stressed that a good story is well expressed through feeds and captions gotten by a reporter.

Hints on how to cover a public protest linked to Human rights and other interesting stories were also brought out by Etienne Tasse.

The JADE coordinator unveiled some key questions to be strictly followed by media practitioners when embarking on Human rights reporting.

“When informed about a violation of Human rights, questions such as: How is topic or story linked to human rights? Who is responsible of the act? Has any inquiry be opened by authorities in order to punish the author of the act according to our laws?” He said.

More practical facts were underscored by participants who have shown a great interest in accompanying this fruitful project led by JADE and its international partners. As part of experience sharing some journalists used in reporting on human rights issues highlighted the various stories and obstacles encountered on the field such as the recent cases of the 22nd protest orchestrated by political leader of CRM, Maurice Kamto and the Anglophone crisis rocking the North West and South West regions of Cameroon.

Amongst other important points discussed during this workshop were the Dos and Don’ts of a good reporter. This opened more discussions which gave root to the setting up of strategies and collaborative venues between journalists trained in the course of this project and JADE.

The workshop ended with various recommendations and the creation of an online working platform designed to help and ease pitching of stories.