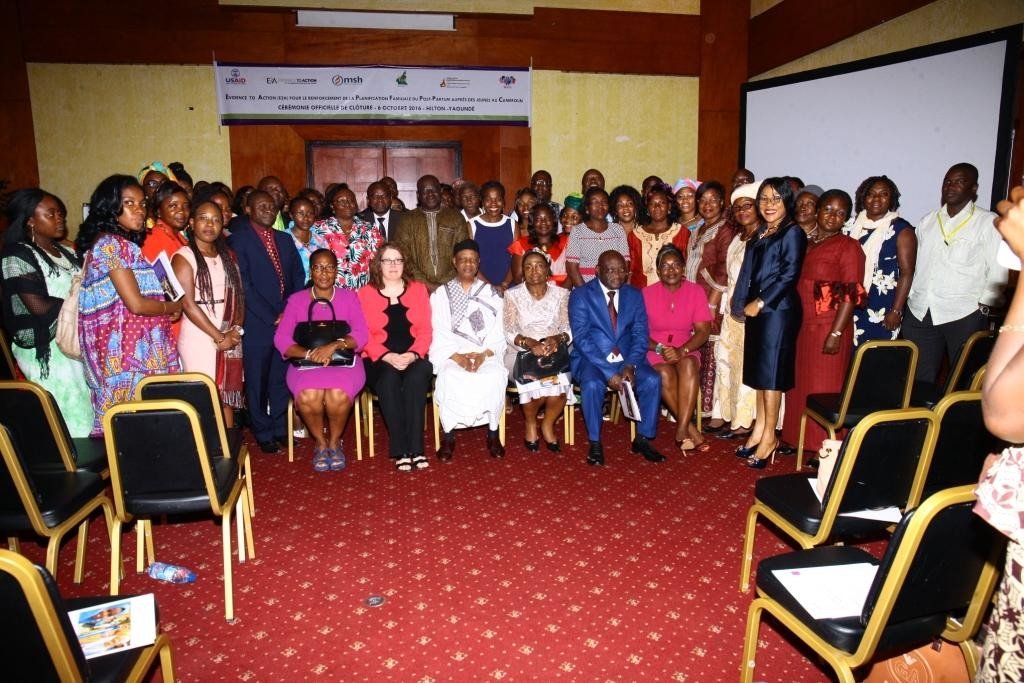 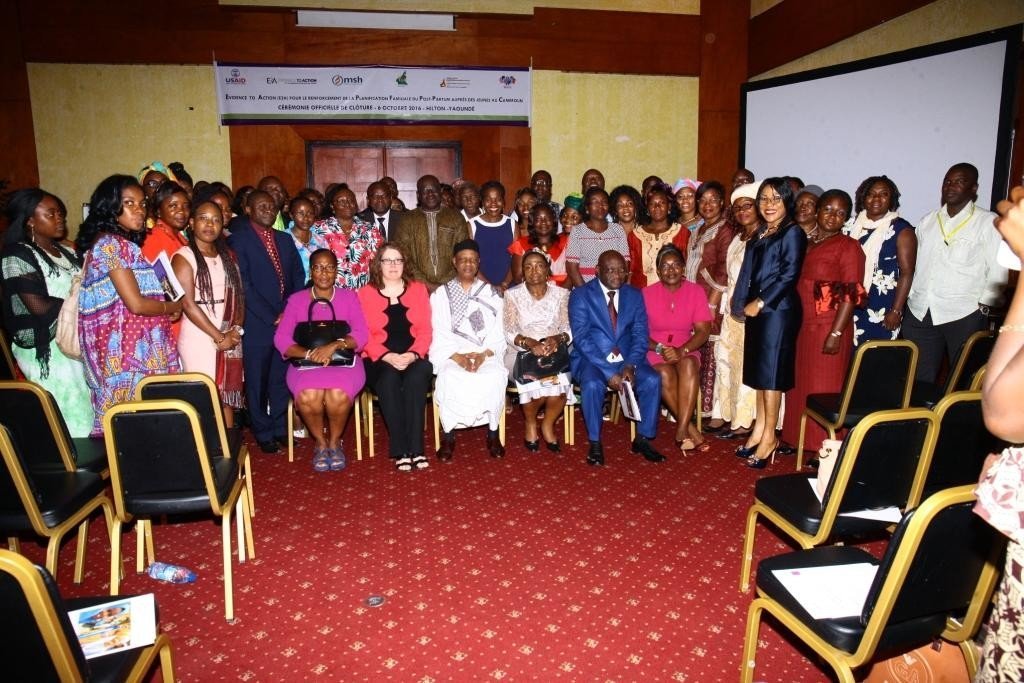 The official ceremony aimed at presenting results of the E2A project took place this October 6, 2016 in Yaounde under the chairmanship of Alim Hayatou, Secretary of state in the Ministry of Public Health.

Postpartum is the period after birth. This concept has been applied within the framework of the project dubbed: Evidence to Action (E2A) for Strengthened Family Planning and Reproductive Health Services for Women and Girls. The project has been introduced two years ago in Cameroon in order to improve on the use of family planning services by mothers who just gave birth. These simple explanations addressed to the public were granted during an interview by Gwendolyn Morgan, Deputy Director of the project.
Professor Mbu Robinson, Director of Family Health in the Ministry of Public Health outlined government’s efforts alongside national and international organisations aimed at promoting modern contraceptive methods in the country. He praised results registered in some health centers where this postpartum family planning services were carried.
He said: “Up to 2014, we being practising methods of contraception in Cameroon but we did not look at the aspect of immediate postpartum contraception. That is to say, a woman who delivers can be offered a method before she leaves the hospital or within the first twelve months after she leaves the hospital. So we have been trying to see the acceptability of these new technologies, by starting with some limited pilot hospitals in Yaounde and environs. The results showed that women are very interested in having a method of their choice just after they deliver and by the time they leave the hospitals, we take their contacts e we can call them. So, with the about 850.000 deliveries that Cameroon is anticipating every year, if all the women who deliver receive or live with a contraceptive method in mind we believe our contraceptive problems will be solved and we will be the highest in Africa. We are at 34.3% with this method and we can climb up to 80 and why not a 100 because it is going to be available in all health facilities in the country where deliveries are carried.”
As underscored by spear headers of this initiative, several results were registered in the course of this project. The E2A project conducted therefore by Pathfinder International in partnership with ExpandNet, IntraHealth International and Management Sciences for Health (MSH), records amongst others: in total, 66 service providers in antennal care (ANC), maternity, child immunisation and family planning (FP) services have been trained on FP counselling and 70 providers in maternity and FP services have been trained on insertion and removal of intrauterine devices (IUDs) and implants. Again, in the domain of community outreach, a total of 12.598 women received family planning information and counselling. As concerns the immediate and extended postpartum period; of 6.305 FP acceptors, 64% or 4.027 women accepted a contraceptive during the immediate or extended postpartum period. Approximately 633 women who gave birth at the 14 participating health facilities received an immediate implant or IUD inserted prior to hospital discharge. Of those 4.237 women who accepted a contraceptive during the immediate or extended postpartum period, 360 were adolescents aged from 15 to 19 years and 918 were young women aged from 20 to 24 years.
According to reports, at four hospitals in Yaounde and ten rural health facilities in Cameroon’s Bafia and Mbalmayo districts, women are accessing affordable postpartum family planning services at four critical times: counselling during ANC, postpartum counselling and contraceptives. Services introduced by the E2A project with support from USAID West Africa, offered women a range of contraceptive choices, including long acting reversible contraceptive implants and IUDs, during the immediate and extended postpartum period. Through this effort, Cameroon became one of the first countries to offer women immediate postpartum implants directly following the release of new guidelines under the World Health Organisation’s 2015 revised Medical Eligibility Criteria.