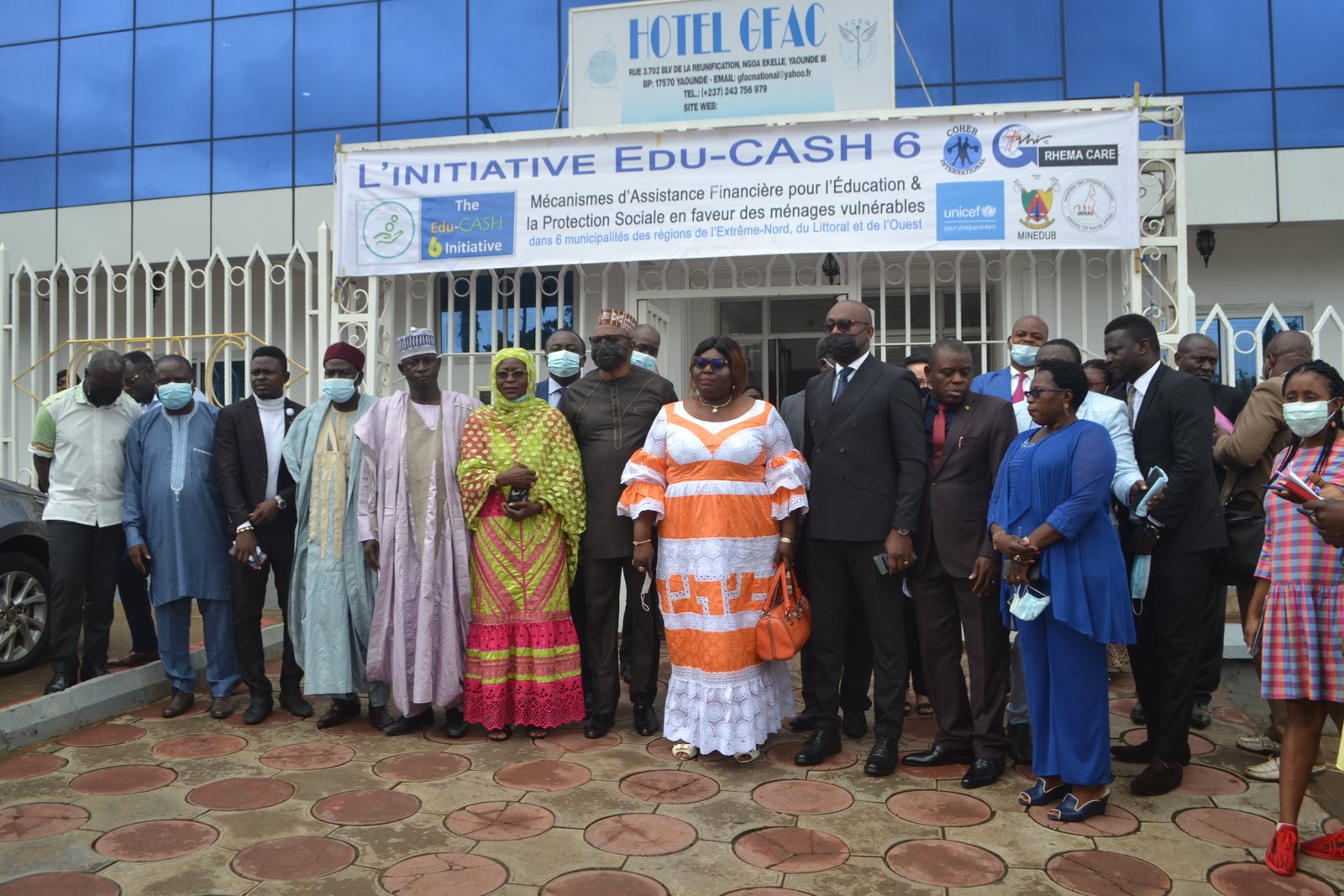 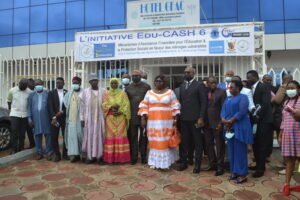 Yaounde-Cameroon, on September 3, 2021 took place the official launch of the Edu-cash 6 initiative. The ceremony chaired by social affairs’ Secretary General paved the way to the presentation of the project expected to relieve over 800 families in some targeted regions of Cameroon. Close to 380 boys and 380 girls from vulnerable households including 100 additional children with disabilities are concerned.

The educational cash assistance and social protection mechanisms for vulnerable households in 6 councils of Cameroon dubbed Edu-cash 6 initiative, is a project implemented by the community Humanitarian Emergency Board (COHEB) and Rhema care Cameroon in partnership with the ministry of social affairs, UNICEF and Global affairs Canada as main sponsors.

About 112 Million FCFA is said to be available for the initiative that will be carried-out mainly through cash transfer.

The community inclined project which takes place in the locality of Babadjou, West region, in Melong, Littoral region, Mayo-Moskota, Makary, Mora and Kolofata all found in the Far-North region of the country has as main objective, to support school-age children affected by the humanitarian crisis.

According to Reverend Shu Eric, Director of the said project and CEO of Rhema care, the Edu-cash 6 initiative is an effective response in strengthening social protection and by the way tackling social inequalities in some vulnerable host communities. 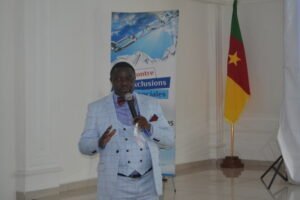 He said: “Selection of the beneficiaries was done through the communities. The communities themselves identified children who were most vulnerable, children who were internally displaced and households with disabilities. And the date for these households were collected and then we used a software called open IMIS which now scored the vulnerability indices of these households and then households with the highest vulnerability scores were selected based on the resources available.”

Added to the aforementioned, Reverend Shu Eric outlined in his presentation the fact that a child protection network has been created in the targeted regions. From indication, the network will serve as a support enforcing body for the regions of concerns including consolidating mechanisms for social and community protection of children’s right to ensure inclusive education and improved socialization.

The project which appears as a great stride in the improvement of the well-being and education of socially vulnerable communities has been appreciated by various stakeholders engaged with government in the process.

Secretary General of social affairs, Beryl Itoh Panje said: “Young girls, children with disabilities, internally displaced children, HIV orphans, indigenous children tend to live this moment in fear and stress. When it is not their own parents or in the broadest sense their families who do not find a valid reason or resources to send them to school, it is the beliefs, practices and other social norms inherited from tradition or of religion which constitute barriers that have become insurmountable for their education. Hence the urgent need for inclusive education, that is, education that is suitable for all children and to which all children can have access.” 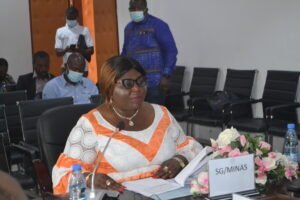 The need to promote education of all children in Cameroon without living no one aside or behind was equally underscored by the Secretary General in the ministry of social affairs.

“As for the United Nations Convention on the Rights of Persons with Disabilities or the Declaration on the Rights of Indigenous Peoples, they stresses the need to promote education adapted to the needs of the individual, which takes into account their environment and contributes to their full integration. Education must now take into account the diverse needs of all learners through increased participation in learning, cultural life and community life, and by reducing the number of those excluded from education or excluded within education itself.” She added.

As part of activities of the Edu-cash 6 initiative, the school-based management programme was introduced in order to access and determine the needs of some schools and assist with necessary finance to meet pressing and basic needs of the schools scrutinized in these regions and which are greatly affected by ongoing humanitarian crises.