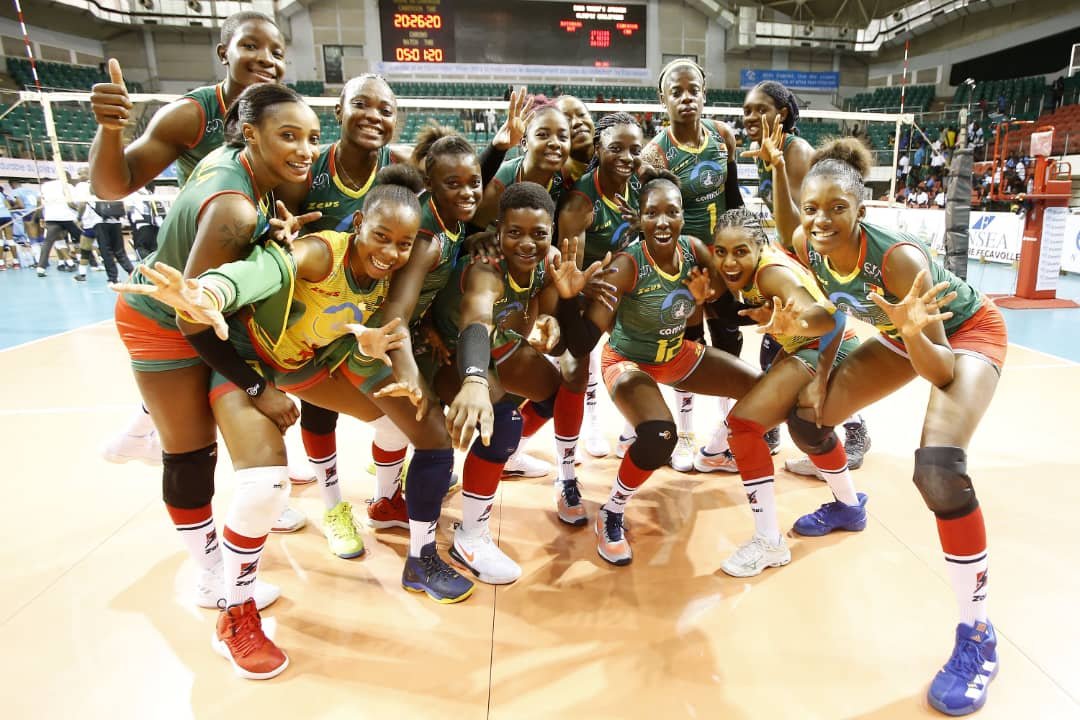 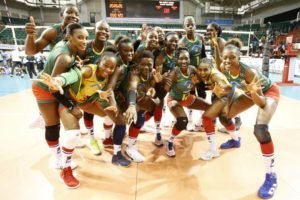 Host country, Cameroon defeated Botswana 3 sets to 0 in their first outing game on January 5, 2020 in Yaounde.

Cameroon’s lionesses made a 9-0 run (with Christelle Nana Tchoudjang  serving), from 5-3 and another 11-0 run (with Berthrade Bikatal serving) from 13-4 in the second.

Africa’s title holder led by coach, Jean René Akono is determined to grab the qualification ticket as it was the case in 2016.

In their second game, team Cameroon will face Nigeria on Monday 6th January 2020 while Botswana will meet with Kenya. 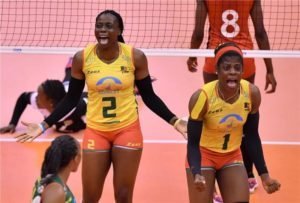 Cameroon and Kenya hold a 1-2 win ration from 2019. Kenya beat Cameroon at the World Championships in Japan and at the Africa Games in Morocco. However, Cameroon beat Kenya to retain the Africa Cup of Nations in July 2019.

Only the winner of the round-robin contest will seal the ticket to Tokyo in Japan.