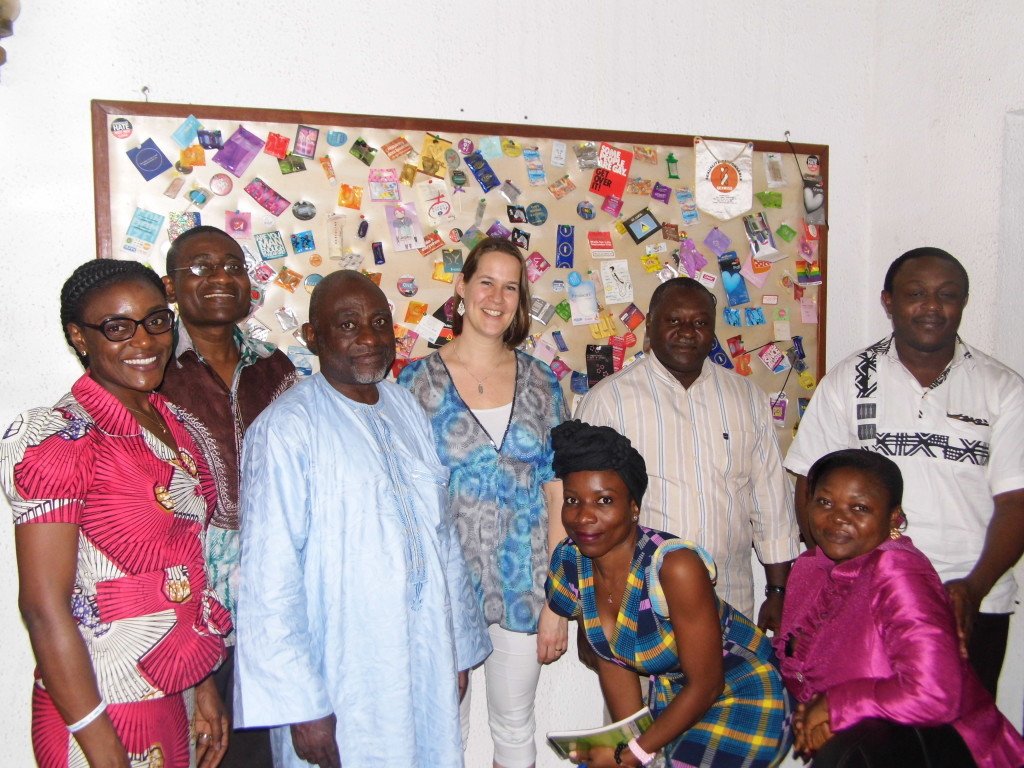 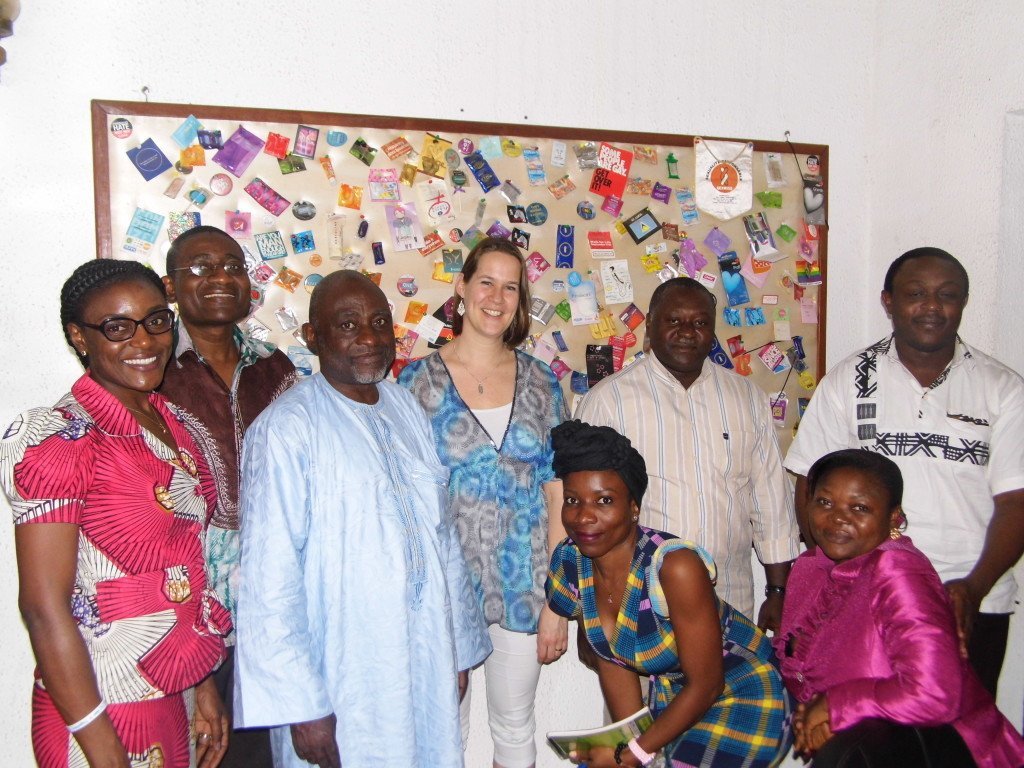 Camnafaw’s head office in Yaounde, the nation’s capital played host on March 31, 2016 to a meeting regrouping some of its staff and Rutgers’ Advocacy officer. Saskia Husken from the Netherlands based international NGO Rutgers exchanged on the venues of the female condom in Cameroon.

The meeting that precisely took place in the conference hall of the Cameroon Association for Family Welfare (CAMNAFAW) head office in Bastos-Yaounde gathered officials of the local based NGO Femmes-Santé-Développement (FESADE) partner of CAMNAFAW and Rutgers’ officer. The meeting was aimed at highlighting the work of CAMNAFAW and its advocacy activities on female condom as Rutgers’ Advocacy officer is in Cameroon for a series of exchanges with the government, civil society organizations and the media.
Opening the session, the Executive Director of CAMNAFAW, Emmanuel Ngappe briefed his hosts on the mission and activities of CAMNAFAW which is an NGO affiliated to the International Planned Parenthood Federation (IPPF) Africa region. Mr Emmanuel Ngappe, explained the role and different services offered at CAMNAFAW in line with the support from the Global Fund. He said CAMNAFAW sells condoms among which are female condoms, he equally gave explanations on the management of clinics owned by CAMNAFAW. On the four clinics; two located in Yaounde precisely in Mimboman and Soa, two located in the city of Douala and eight franchised clinics nationwide. The Executive Director reiterated the fact that awareness was being created around the female condom and his staff just like the Ministry of Public Health are working hand in hand to boost efforts around its advocacy inorder to reduce maternal and infant mortality. He wished for more support to this advocacy principally carried by FESADE with regard to their good relations and collaboration on such programmes
The advocacy officer of Rutgers, Saskia Husken made mentionned of the fact that they were working on positioning the female condom amongst the thirteen vital products essential for the care of women’s and child’s health to be positioned in the Global Financial Facility (GFF) initiative. She expressed her gratitude to FESADE and CAMNAFAW as well as other civil society organizations promoting the works around the female condom.
Urbain Abega Akongo and Valérie Gystiane Tsema of FESADE on their part, thanked CAMNAFAW for always being present and collaborating with them. Besides the awareness campaign and numerous dialogues with government on the female condom, they pointed out the fact that CAMNAFAW could be always counted upon.
Emmanuel Ngappe, satisfied of the visit of Rutgers’ Advocacy officer working with IPPF equally gave closing remarks, saying the GFF initiative was a good one and that CAMNAFAW was working towards its achievement, helping the government highlight its health policies.