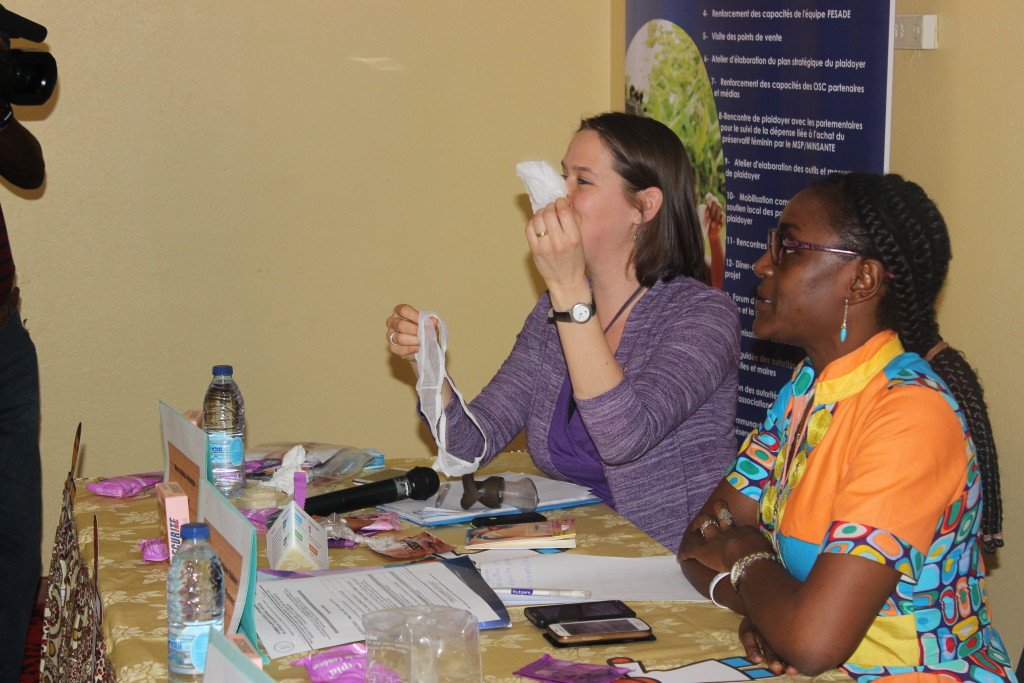 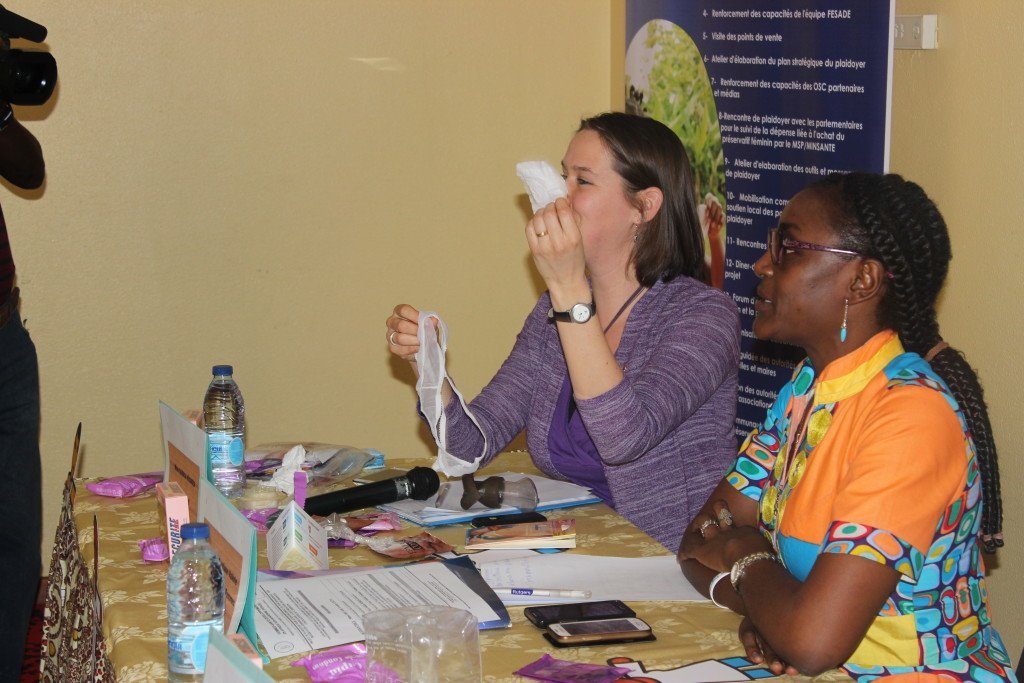 Can you in the first place tell us what is your role within FESADE in Cameroon?

Thank you for meeting me. I am from the Netherlands; I work with Rutgers, a center of expertise on sexual and reproductive health and rights based in the Netherlands, and we are a member association of IPPF just like CAMNAFAW (Cameroon National Association for Family Welfare) here in Cameroon. We work on many different topics pertaining to reproductive health at international level as well as in-country, including in our country the Netherlands. We are working on advocacy, which means you work with policy makers and institutions at global, regional and in-country level. Rutgers is one of the founders of the Universal Access to Female Condoms (UAFC) joint programme that has been in place since 2009.At the global level we promote female condoms at different conferences, and to have female condoms included in international agreements. UAFC has also worked with several manufacturers of female condoms so that variety is increased and female condoms are made available to everybody. Since 2009 UAFC works in Cameroon with a variety of partners including ACMS (Association Camerounaise pour le Marketing Social). The NGO FESADE (Femmes-Santé-Développement) has been our partner on advocacy in-country, working directly with the Ministries of Health, Women’s affairs and other related Ministries in order to look at how we can we find entry points for this dual protection method to be available and be included in strategic plans and budgets for family planning and HIV prevention strategies, as female condoms are a dual protection tool that can be used for both purposes.

How do you intend to foster the collaboration between FESADE and RUTGERS?

We have been building our work on the UAFC with FESADE and other partners and we now continue with a small grant from the UN Commission on Life Saving Commodities. We look at thirteen products including female condoms and we received the grant to build on the work that has been happening in Cameroon. At the global level right now, there is the Global Financial Facility (GFF) to support implementation of the “Every Woman Every Child” initiative. The GFF is a new mechanism to finance reproductive health matters, which has been a neglected area for a long time. Cameroon is one of the twelve countries at the moment setting up an Investment Case on how they are going to finance the reproductive health priorities in-country. This means within the public sector, but also looking at what is available from the private sector, what can international donors in-country contribute, and what is the role of other stakeholders like civil society and the media.

To your own point of view, what are the barriers to female condom advocacy?

We have been fighting different fights. First of all, we should not forget that for male condoms a lot of money and efforts have been put in to promote it for many years. With female condom, it is still a new product, but not the same amount of money and efforts has been put in to promote it, for example through media campaigns and promotional activities. This is just picking up. Also, female condoms are a female empowerment tool, which remains a difficult topic in many countries. Also, we encountered donors who said there is no demand and it does not make economic sense to invest in female condoms. So, some of the things we have been doing is the Paper Doll Campaign, when in 2012/2013 we collected over 20.000 paper dolls with personal messages from people around the world saying they want female condoms, to bust the myth that there is no demand for female condoms. We also created the Business Case for female condoms, showing economic advantages and the return on investment when investing in female condoms. Our joint advocacy at global and in-country level is geared towards convincing donors and governments that it is worthwhile to add female condoms as one of the methods that should be available for our populations. Female condoms are a unique tool to prevent unwanted pregnancies, maternal mortality, HIV and other infections.

What are the realities in the Netherlands with regard to the female condom?

First of all, the funding for the UAFC programme came from our Ministry of Foreign Affairs who have been a partner all along not just as a donor but really as a supporter and opening doors for us at the political level, which has truly assisted our female condoms’ promotion at the global level. In-country in the Netherlands there is not much use of female condoms, because other methods are more popular especially among young people; the contraceptive pills are the number one at the moment. Also, female condoms have been available in shops and pharmacies, but as they have not been selling because people did not know about female condoms, they have been taken out of the shops. We continue to look at how we can convince pharmacies to take them back in. Another point is promotion; female condoms have not been promoted enough in the Netherlands. This will change, as for example the Female Health Company announced the launch of new campaigns to promote the product in the United States as well as in Europe. Such are great initiatives that we are encouraging and that we need.

Going a long way with your career, can you tell us about yourself?

Sure, my name is Saskia Husken; I am almost 38 and I studied international development at the University of Nijmegen in the Netherlands. Soon after I finished my Masters which I did in Senegal, I went to work abroad. I am practically an African because I lived in Tanzania, Cameroon and Zambia for more than ten years in total and I only moved back to the Netherlands since three years now. I live with my family; I am married with two children, a boy who is nearly 7 and a girl 5.