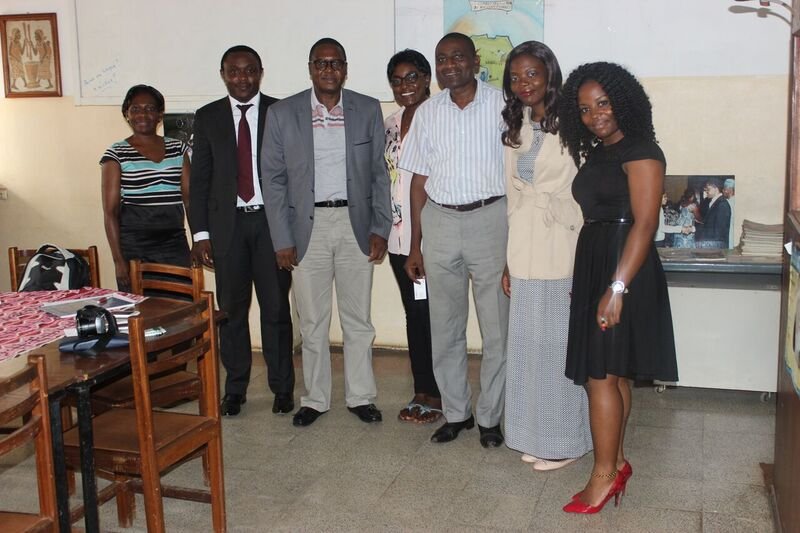 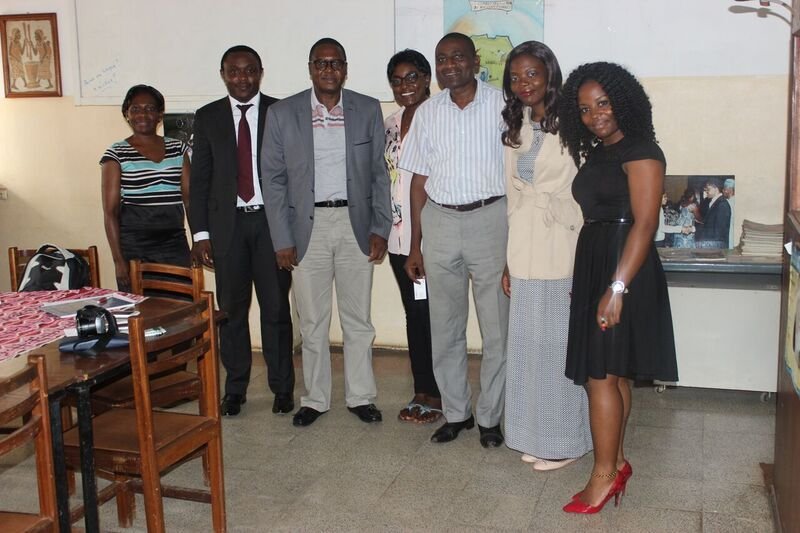 Cesaire Pooda, IPPF’s marketing and communication Advisor had a series of exchanges with journalists in Yaounde.

Journalists versed in Sexual Reproductive Health and Rights (SRHR) issues, during their different exchanges with Cesaire Pooda of the International Planned Parenthood Federation (IPPF) in Africa, requested continuous trainings and update of information related to SRHR. This is one of the numerous requests formulated by journalists encountered during a three day oriented field visit made by IPPF’s marketing and communication Advisor Cesaire Pooda in Cameroon. The objective of Cesaire’s working visit was to seek for ways that will reinforce and boost communication strategies between the Cameroon National Association for Family Welfare (CAMNAFAW) and the media. Communication being a core value is placed at the center of activities of the federation alongside its member associations (MAs) like CAMNAFAW. The initiative set up as explained Cesaire Pooda enters within the framework of the second phase of the Packard Foundation. There is high need to register and evaluate the needs and demands of media in each different African sub region in order to see how the project could sustain them if validated.
His field visits started at the NGO Femmes-Santé-Développement (FESADE) otherwise known as Women-Health-Development based in Yaounde. The visit at FESADE was aimed at exchanging with the staff on their experiences with media, as they work in partnership with the Network of Journalists for Health and Development (Nejhed). Cesaire Pooda toured the newsroom of the young daily newspaper “Emergence”, where he was told to seek how to improve on the communication strategies of CAMNAFAW by injecting more funds, enhance the relationship between CAMNAFAW and the daily and emphasize much on working with a pool of journalists. At Magic Fm radio, Cesaire Pooda who was received by all the news staff was called on to see how to accompany journalists through trainings on the international scene, put at their disposal working materials and create a win-win based partnership. The Editor-in-chief of Magic Fm said; the occasion is well seized for a media like theirs which is the number one in terms of audience and most often treats health issues. Eden’s newspaper reporter encountered on his part proposed a three phase annual plan that would help to reinforce the communication strategies between CAMNAFAW and the media. To him, effective meetings with an identified group of journalists, coverage and seminars are the tools to be adopted. He added that, there can be a competition every year with themes selected for journalists of the health milieu. Other newsrooms visited such as “Le Messager” have appraised the existing collaboration with CAMNAFAW. Journalists and the staff there demand for further partnership through the signing of contracts. The financing of health spaces in newspapers was not left aside as well as the question of training abroad alongside other journalists experienced in SRHR topics. CRTV’s Yvette Fru on her part requested that persistent exchange of information should be done by CAMNAFAW and if possible implicates further her media in annual plans of the organization. The President of Nejhed, working for the daily “Mutations” though out of town for a workshop, has assigned her colleague equally member of the network to receive Mr Pooda. A series of requests were made at “Mutations” such as the reinforcement of activities within the network, reinforcement of CAMNAFAW that will in turn enhance the network and the training of journalists as experts of reproductive health.
The exchanges undertaken with journalists and the President of the Executive committee, Honorable Vincent de Paul Emah Etoundi were highlighted at a debriefing meeting. Cesaire Pooda met with members of the Executive committee (Exco) of CAMNAFAW just before ending his visit in the country. Members of the Exco appreciated the initiative of the Packard Foundation is welcoming due to several financial constraints the MA is always faced with during the organizations of its workshops, seminars and general assemblies. The Packard foundation for recall has helped in its first phase to boost activities of the network of journalists for IPPF Africa region.