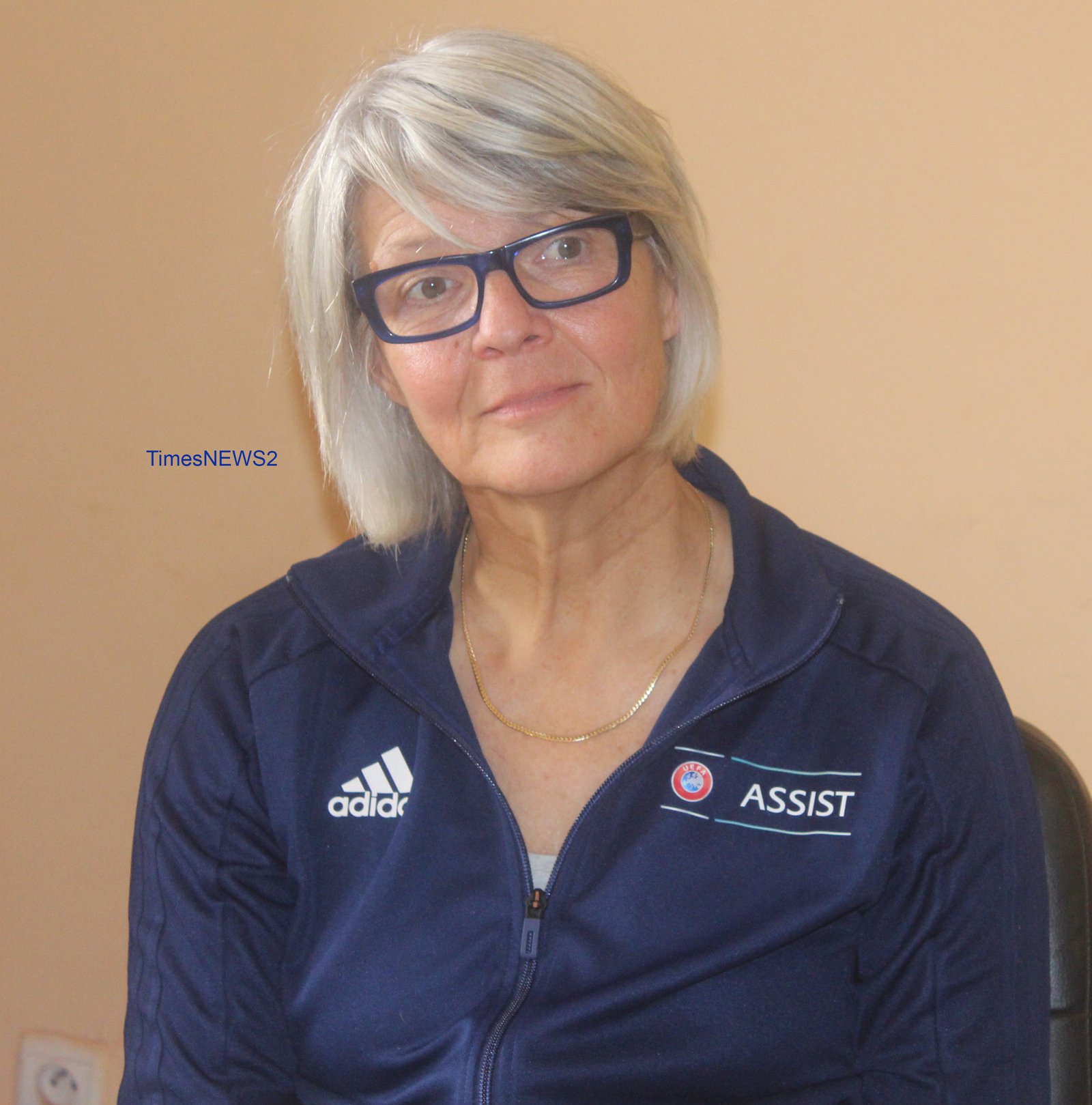 On Wednesday 15th January 2020, the first step of her working session was marked by an open exchange with the staff of the national academy of football (ANAFOOT).

During discussions, the General Manager of ANAFOOT made a brief presentation of the objectives and missions of the 5-year-old academy. Carl Enow Ngachu equally highlighted the various programmes and training granted to young passionate footballers, video analysts, team managers, team press officers and sports’ journalists.

FIFA expert questioned the staff on the type and quality of training offered to young footballers, coaches and local players both at the division one and two championships.

Much is expected from the technical expert, former dutch player and coach well known for her sense of professionalism.

The UEFA-ASSIST programme running for one year entails supporting and developing women’s football. UEFA ASSIST aims to increase solidarity and enhance football development to tackle the needs of national associations and confederations out of Europe.

« Cameroon played in the world cup some few times ago and did quite well and we think it is a very good idea to get support from UEFA Assist to further develop women’s football in order to be more competitive on the international scene. We need to collaborate on how I can assist in terms of coach education, exchange programmes,» she said.

Victorine Fomum, deputy Director in charge of the training centre in ANAFOOT said there is need to have assistance in terms of materials, programmes and reconvention. She added the fact that there should be a plan of action for young girls that grow with the desire to be football professionals and by the way ensure Cameroon can improve on her participation in world tournaments and go beyond the 8th finals’ stage.

Apart from holding talks with the President of the Cameroon football federation, Presidents of local clubs, Hesterine de Reus is expected to move to Douala, Littoral region where she will follow some clubs on the pitch.

An exhibition encounter with national players, division one matches, and a grassroots festival to gather close to 200 female players, age between 8 to 12 is expected to feature on the agenda of her working visit in Cameroon from January 14 to 24.

Mrs de Reus’ visit comes just some few months after the putting in place of the Female Football League in Cameroon under the chairmanship of Celine Eko.