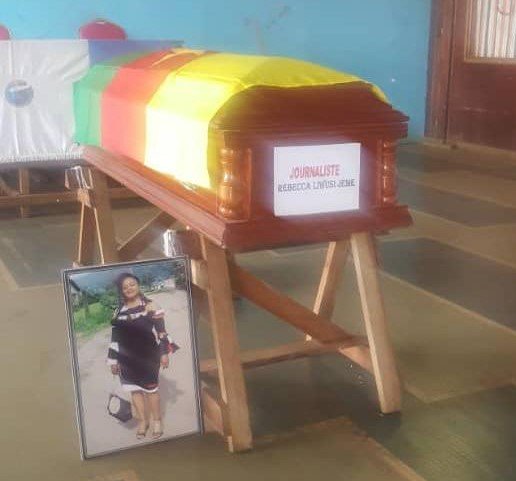 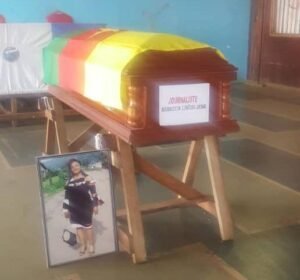 The ceremonial ground of the Mvan airbase in Yaounde paid host early Friday 22nd January 2021, to the funeral ceremony of Rebecca Liwusi Jeme, Momo’s divisional delegate for communication in the North-West region of Cameroon.

The funeral ceremony presided-over by Centre region’s Governor, Nasseri Paul Bea was marked by a military parade and a post mortem decoration of the journalist.

Speaking on behalf of the Minister of communication, Secretary General, Felix Zogo described the death of Rebecca Jeme as a heart-breaking and premature departure, a cruel and disastrous injustice.

“Death has just taken her away from us when we least expected, while in her full strength and full flight, kicking strong in all energy. Liwusi Rebecca Jeme, has left her loved and cherished ones, parents, children, brothers and sisters, colleagues and friends in total distress and pain…” He said.

He said: “Just like the eagle, we shall remember her as someone who had a magnificent and conquering spirit. With a courageous and self-controlled mind, she was able to reach the top of the ladder with probity, honour, commitment and dedication, until that fateful day of January 6, 2021, when the wind of death brutally and abruptly propelled her to the land of her ancestors where she would be laid to rest…”

Rebecca Liwusi Jeme 42, affectionately called Becky was a graduate from the department of mass communication in the University of Buea. 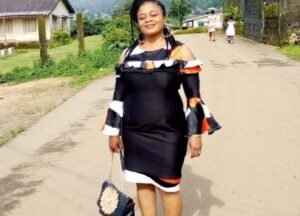 Becky’s academic and professional skills as well as her competencies quickly paved the way for her appointment two years after as Momo’s divisional delegate for communication. As underscored by Felix Zogo, the late journalist and divisional delegate has been able to make a name through her courage, high sense of judgement and humility.

Married and mother of two, Becky Jeme, daughter of the Fako division, South-West region leaves her family, friends and colleagues in deep sorrow after been killed in an ambush caused by secessionists on January 6, 2021 in the North West region.