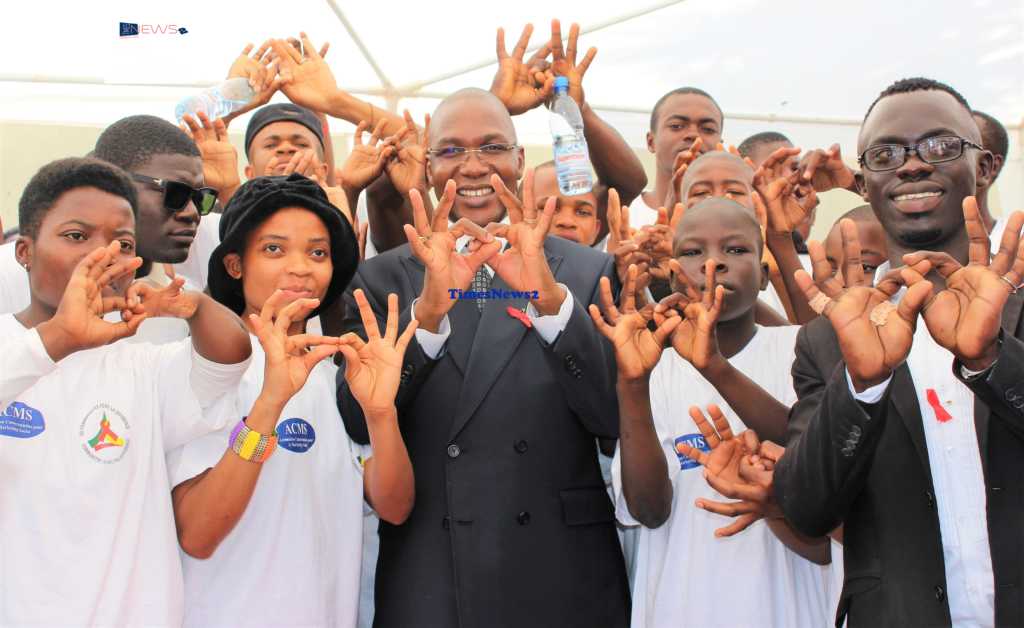 It is one of the major announcements made on December 1, 2019 during activities marking the 32nd edition of World AIDS day in Yaounde.

68% of people estimated to be carriers of the virus know their HIV status, 70% are on treatment and 22% of these persons on treatment did their viral load test with a result of 78% of the viral load suppressed. This as efforts are made to attain the 90-90-90 targets of UNAIDS by 2020 which imply that ; 90% of all people living with HIV will know their status, 90% of all people with diagnosed HIV infection will receive sustained antiretroviral therapy and 90% receiving antiretroviral therapy will have viral suppression.

He outlined the fact that, there is a drop in financing and the entire community must join efforts and speed up their work towards achieving sustainable development goal number three(3): Universal access to health.

Another major announcement made by the minister is, the free of charge treatment of HIV patients in Cameroon by January 2020. In order to accelerate the fight against the epidemic and to end it by 2030.

Dr Manaouda Malachie however pointed out that, government’s main concern is and remains the situation of children and adolescents, but also the fight against gender equalities.

While delivering the message of Winnie Byanyima, Executive Director of UNAIDS, Savina Amassari, country director for UNAIDS in Cameroon underscored the fact that, governments have a key role to play in accompanying their communities in the eradication of HIV.

« Let me remind you, governments committed to at least 30% of HIV services being community-led. They also agreed that 6% of all HIV funding go to community mobilization ; promoting human rights and changing harmful laws that act as barriers to ending AIDS… So, we call on governments to open a space so that activists can do the work they do best… » Winnie Byanyima stated.

United Nations’ resident coordinator, Allegra Baiocchi on her part noted the fact that the 32nd edition of World Aids day is observed on a relevant theme, being: « communities make the difference ».

She said : « communities are a unique force behind the success of the HIV response. Their leadership and advocacy ensure that the response remains relevant and grounded, keeping people at the center and leaving no one behind ».

Communities around the world are at heart of this response. Helping people to claim their rights, promoting access to stigma-free health and social services, ensuring that services reach the most vulnerable and marginalized, and pressing to change laws that discriminate. Yet, unmet needs remain. A record of 38 million people are living with HIV, and resources for the response to the epidemic declined by 1 Billion dollars last year, according to the message of UN Secretary General, Antonio Guterres.