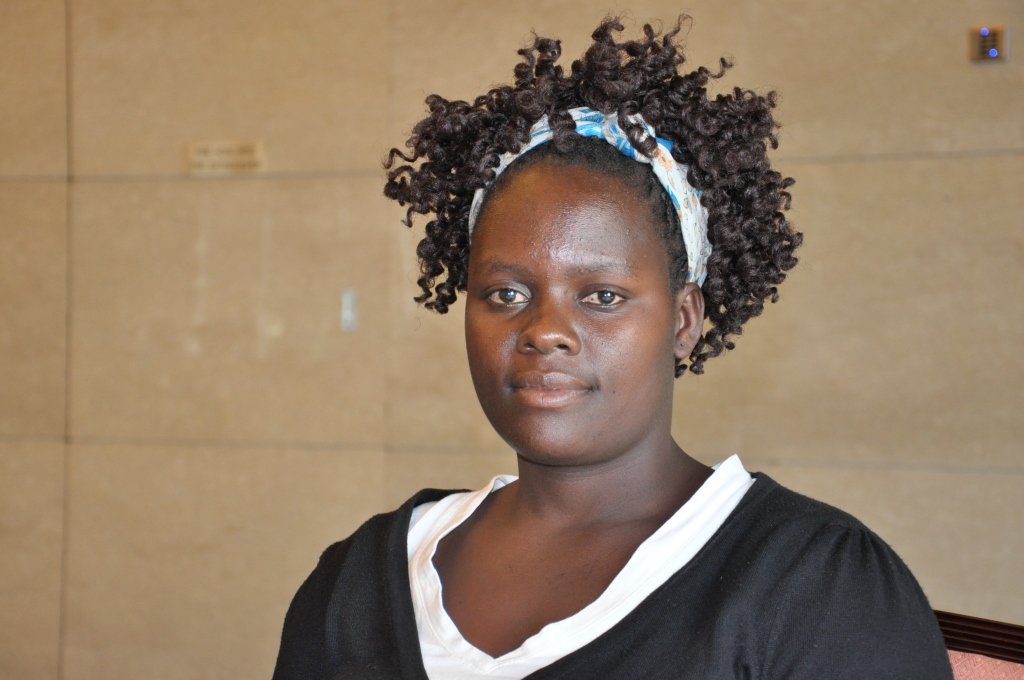 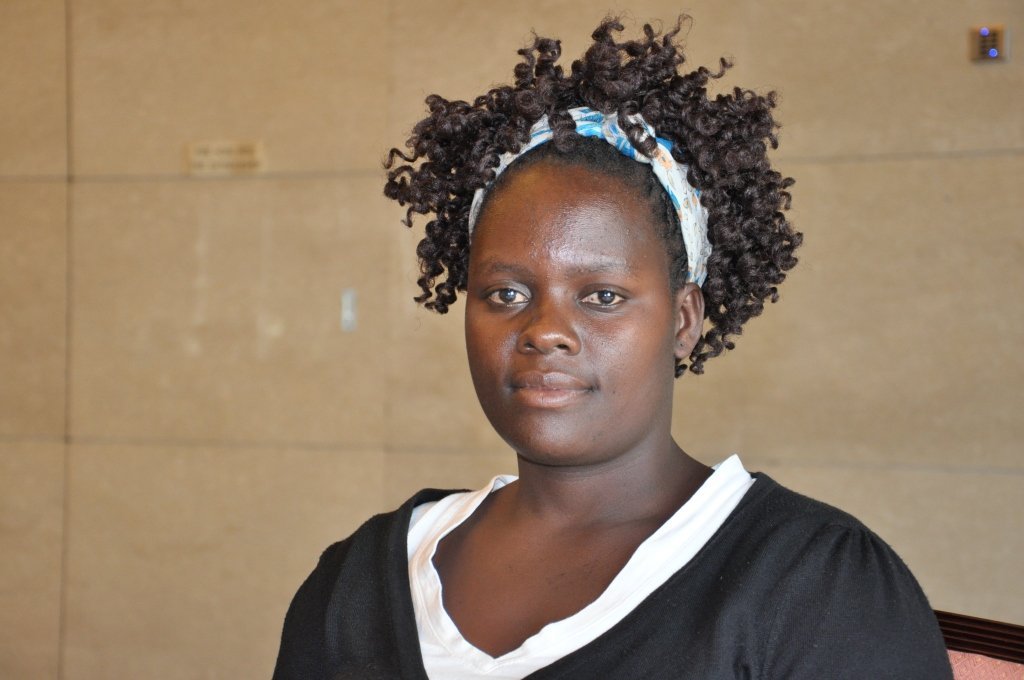 Noleen Katumba 32, speaks against early marriages. She actively took part in a draft play for high level breakfast event on Ending child marriage, during the 28th AU summit of Heads of states in Addis Ababa-Ethiopia.

“ I grew up in a rural area in Zimbabwe called Murebwa. I was born in a family of 6. I dropped out of school in form two, i was not able to complete my secondary school. I went to Harare, i worked there as a house maid in order to support my parents’ charges. I got pregnant while in Harare,  when I was 16. When my aunt discovered that, I was chased out of the house. I went to stay with my boyfriend, it was so difficult as he was not working. He started cheating on me with a 38 year old lady”.

Noleen recounts her experience on early marriages  with tears on her face. She lives in hardship but thinks her story can create impact on the minds of many innocent girls. At the age of 17, she has undergone stressful moments with her boyfriend aged 33 by the time. She was abandoned to herself with her pregnancy. The boyfriend left her finally and went to live with his other girlfriend. She said : “ I was not able to go to the hospital. Labour kicked-off when I was alone. I gave birth in the house. The neighbours heard my cry and came to my rescue. They took me to the hospital. At the hospital, the doctors told me that my womb has been affected so i underwent an operation. After that, I went back to my parents and explained them how i was living. They insisted that i should go back to the father of ,y baby. I explained my stay in Harare to them, they did not want to understand but finally accepted the situation”.

For Noleen Katumba, life has not been a bed of roses. She battled hard to grant a better living to her daughter. This is one of the reasons which made her to get involved with another man. Noleen said : “ After five years, I got into  another relationship with another man who paid my dowry. I have been with him for the past 9 years now and I am not able to conceive due to previous complications contracted while in my first pregnancy. He insults  me everyday, tells me I am not educated, that I am useless. He does not allow me to talk to my family and friends, he says i belong to him only. He is very abusive. Sometimes I think I have to leave him but my mother says I should be strong enough”.  On the question to know why Noleen still corroborates with her parents, having the power to refuse her current situation, she said : “I have to be educated. I want to know my rights. If you are not educated, people look at you like you are nothing. I want to go back to school and have a diploma like other ladies of my age. I see myself going to school and achieving my diploma. I am right now looking for sponsorship and I am also raising money for I and my daughter who is 14 years today”.

The situation to which Noleen has been confronted in her life, makes her to get more determined to succeed with the aim to change her life and say no to early marriages. “ I am still married to him but we do not stay together. My wish right now is to go back to school in order to take care of my child. I am presently living in Murebwa, I embarked on farming. As a farmer, i work daily to raise money for my education. I would like to encourage other ladies out there to be strong and know their rights. Be able to say or voice out what they want and not just to please the people around you. You should not be forced because of the culture”.