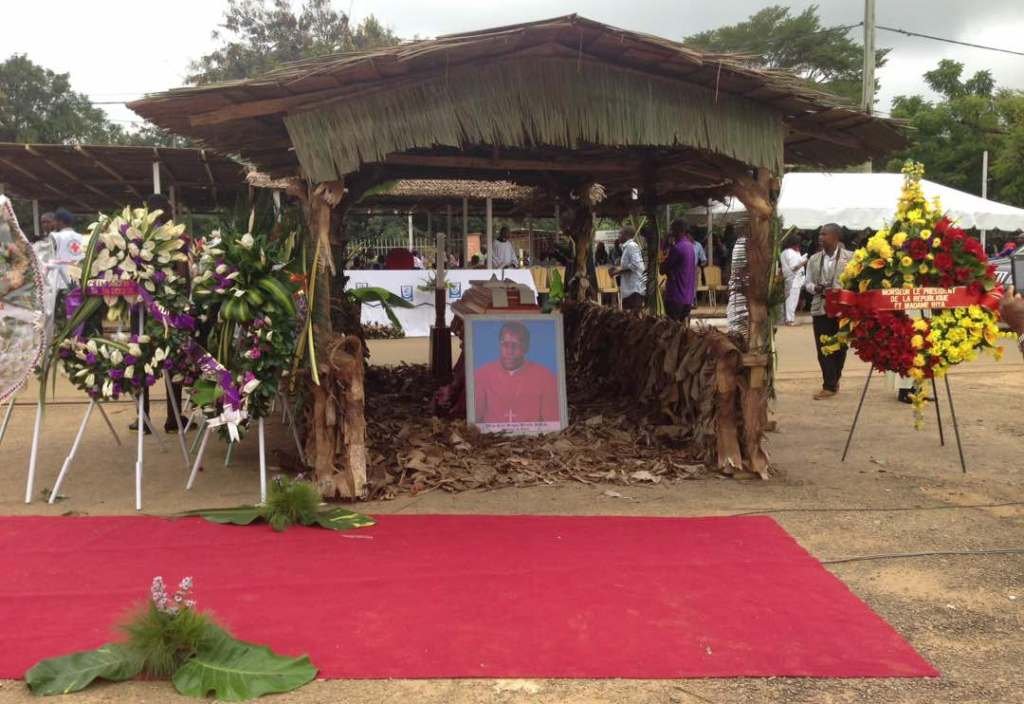 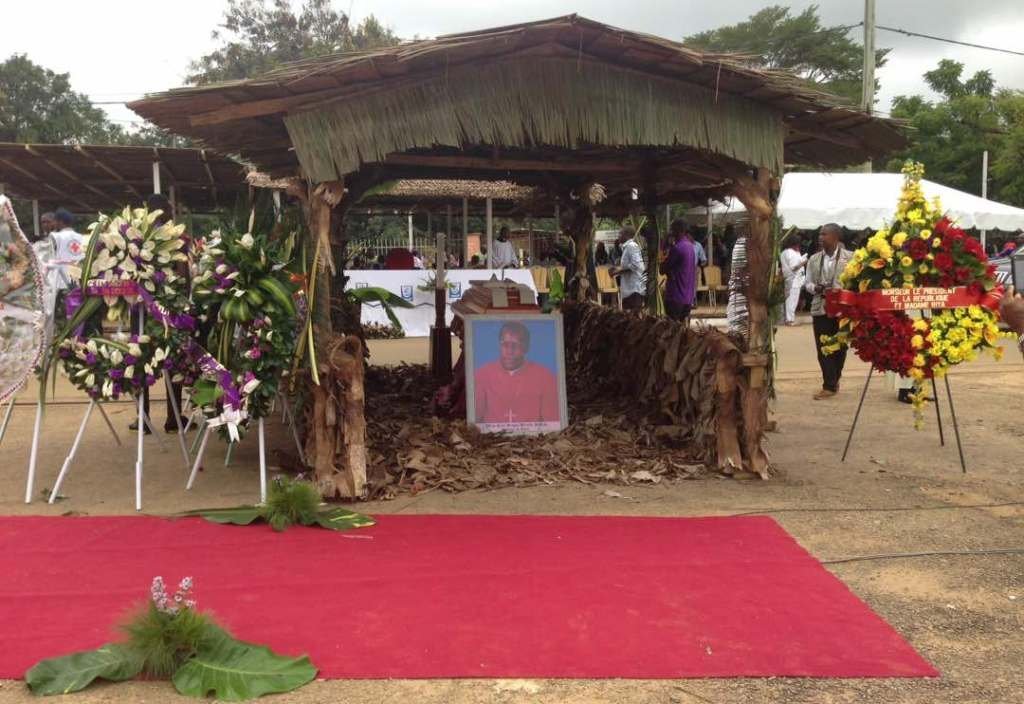 The bishop was praised before laid underground in the Ngodon cathedral of Bafia on August 3, 2017.

Faithful Christians from various religious’ spheres converged at the Bafia ceremonial ground on August 3, 2017 where last tributes were officially paid to Bishop Jean Marie Benoit Bala. The burial ceremony chaired by the Head of state’s representative brought together thousands of people. Laurent Esso, Minister of state, in charge of justice and keeper of the seals decorated the late Bishop. The prelate of Bafia has been warmly welcomed in his land of vocation. While preaching during the mass, the Archbishop of Yaounde, Monsignor Jean Mbarga said: “My dear brothers and sisters in Christ, the time has come for us to commend the spirit of his lordship Jean Marie Benoit Bala to the Lord. What we remember of him is that, his whole life was a total gift to God. He fought courageously and faithfully for the truth. He was a good shepherd who knew his sheep, took good care of them and his sheep also knewhim. His whole life has been a life of martyrdom as the true witness of the gospel of Christ… He was a father for the people of Mbam and Inoubou and Mbam and Kim. A leading prophet in our midst, whose death remains a sacrament. He was a very committed pastor; he promoted priestly, pastoral, quality education, health and infrastructural development of his dioceses. In fact, let us celebrate the life of his lordship Jean Marie Benoit Bala with thanksgiving we are sure he is going into the glory of the lord.

The inhumation ceremony that took place in the Ngodon cathedral was preceded by a series of testimonies. One of these testimonies well acclaimed by the crowd was that of by his lordship Samuel Kleda, Archbishop of Douala and president of the national Episcopal conference. He urged all Christians to keep on praying for the Bishop martyr and to avoid hatred of all sort in their hearts. “You have been a man of confidence. You have manifested the generosity of our lord in your diocese where you have accomplished for fourteen years your tasks with devotion” Monsignor Samuel Kleda said.

Yet, he said the bishops of Cameroon maintain their position on the murder of their brother. ”We continue to ask that the truth on the murder of Monsignor Jean Marie Benoit Bala sparks out in the daylight! And we continue to believe that we are in a country of law where the life of each man needs to be protected and respected”.

Samuel Kleda in his words equally denounced all those people acting in obscure ways in order to distract the tracks of the justice presently investigating on the death of the bishop. This follows the complaint deposited in court by the national Episcopal conference of Cameroon.  The late bishop of Bafia disappeared on May 31, 2017 and his corpse was found on the 2nd of June of this current year.

Monsignor Jean Marie Benoit Bala, was born on the 10th of May 1959 in Oveng in the Mefou and Akono division, Center region of Cameroon. He was ordained priest on June 20, 1987 in Yaounde by late Monsignor Jean Zoa. He was appointed bishop of Bafia on the 3rd of May 2003 and ordained on the 12th of July 2003 by Monsignor Felix Blanco Prieto, apostolic nuncio.