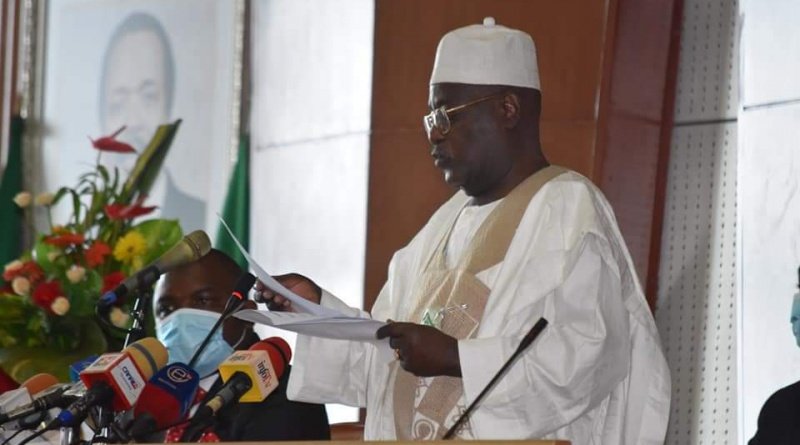 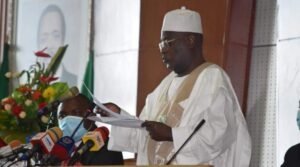 Meeting for the second time out of their usual building, members of parliament conveyed at the Yaounde conference centre for the third ordinary session of the 2020 legislative year. A session dedicated to the scrutiny of the 2021 state budget.

Opening the session attended by government officials and other dignitaries, the speaker of the national assembly, right honourable Cavaye Yeguie Djibril condemned the various crises in the Far-North, North-West and South-West regions, notably the recent massacre of children in Kumba.

“I wish to divest the beginning of this speech of the usual civilities by expressing, from the outset, my indignation about the spate of terrorist attacks against children and women in the Far-North, North-West and South-West regions and through which innocent children and women have been killed as a result of the barbarism of so-called separatist and Boko Haram fighters. Considering that no cause in this world can justify such barbarism, I therefore say: Enough is enough” He said.

The right honourable seized the occasion to draw the attention of some local leaders engaged in creating political turmoil in the country that the October 2018 presidential polls were grabbed by the Head of State, Paul Biya. The speaker said getting to power through a protest march is a good political option, but acceding to power through the ballot box is much better.

During his opening remarks, right honourable Cavaye Yeguie Djibril equally noted the fact that, the current session begins within the context of health crisis affecting Cameroon and the world at large; talking of the Covid-19 pandemic.

At the end of the official opening session, members of parliament (MPs) in interviews granted have all condemned the recent atrocities in Kumba and have urged government to seek for solutions to end the crisis.

Being at the heart of the recent killings that occurred in Kumba, the member of parliament of the Meme division in the South West region has outlined the need to strive for peace. Honorable Tabot Lawson says drastic measures should be taken by the government together with the parliament to bring the situation at heels. 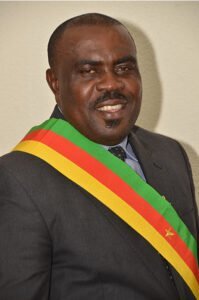 Speaking to the media, the CPDM MP of the Meme constituency, Tabot Lawson said: “My concern as an MP is to find out what has been placed in the different budgets of the state in the various regions and particularly the constituency where I come from. What is more particular for me is whether the 15% allocated for local councils will be respected and also to see how we can bring out a bill or anything that will lead government to use extra force to solve the Anglophone issue, because we are really suffering. All we want is peace! We want peace!  The Assembly is there to help the President of the republic to enact any law that will bring peace. Let drastic measures be used to bring out peace.” 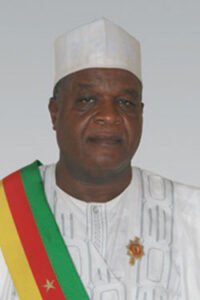 On his part Dr Djibrilla Kaou, CPDM Member of Parliament from the Mayo-Tsanaga division in the Far-North region says all what is happening in the conflicting English speaking region is inhumane. He believes there is a solution to bring all these crises affecting Cameroon to an end.

Talking to Cabral Libii Li Ngue of the PCRN party, he underscored the need for government to take the bulls by the horns in order to halt the ongoing crisis in the two English speaking regions.

“We have to focus on the Anglophone crisis first because this criminality is inacceptable. Government should tell us what has been done to solve this crisis. Secondly, we are expecting from the government to set in motion the 15% budget allocated to decentralized councils. And more over as MP I wish the government to see into the problem of road networks. In this country it becomes more and more difficult to move from one place to the other.” Said Honorable Cabral Libii.

In a meantime Joshua Osih Member of Parliament of the SDF Wouri constituency decries the way things are been handled at the level of the parliament. 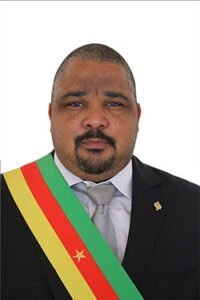 He said: «I think the speaker was trying to use parabola to call to action the government of Cameroon. I will like to precise here that government has to table the bill on finance law for 2021 latest 15 days before the start of the November session, this  hasn’t happen yet. And once again, they will try to pass with five thousand five hundred billion bill overnight. And this is how Kumba starts. Kumba did not started because people went and killed children in classrooms but Kumba started because there is no social justice, there are no equal opportunities. Because the most important exercise of parliament is not carried out the way it is supposed to be carried out. That is you need to give at least 45 days to members of parliament, to debate and orientate the state budget in order to make sure that any piece and parcel of Cameroon has an equal opportunity to make use of that money. So when you hand it to work on it overnight what happens is that you have one part of Cameroon having everything and another part having nothing. And then people stand up and they are marginalize and everybody is surprised. Then they send us to quench fire that’s not the way it works!”

The November session that just kicked-off is holding at a time when the country is preparing for the first ever held regional elections. These regional polls have been slated for December 6, 2020.