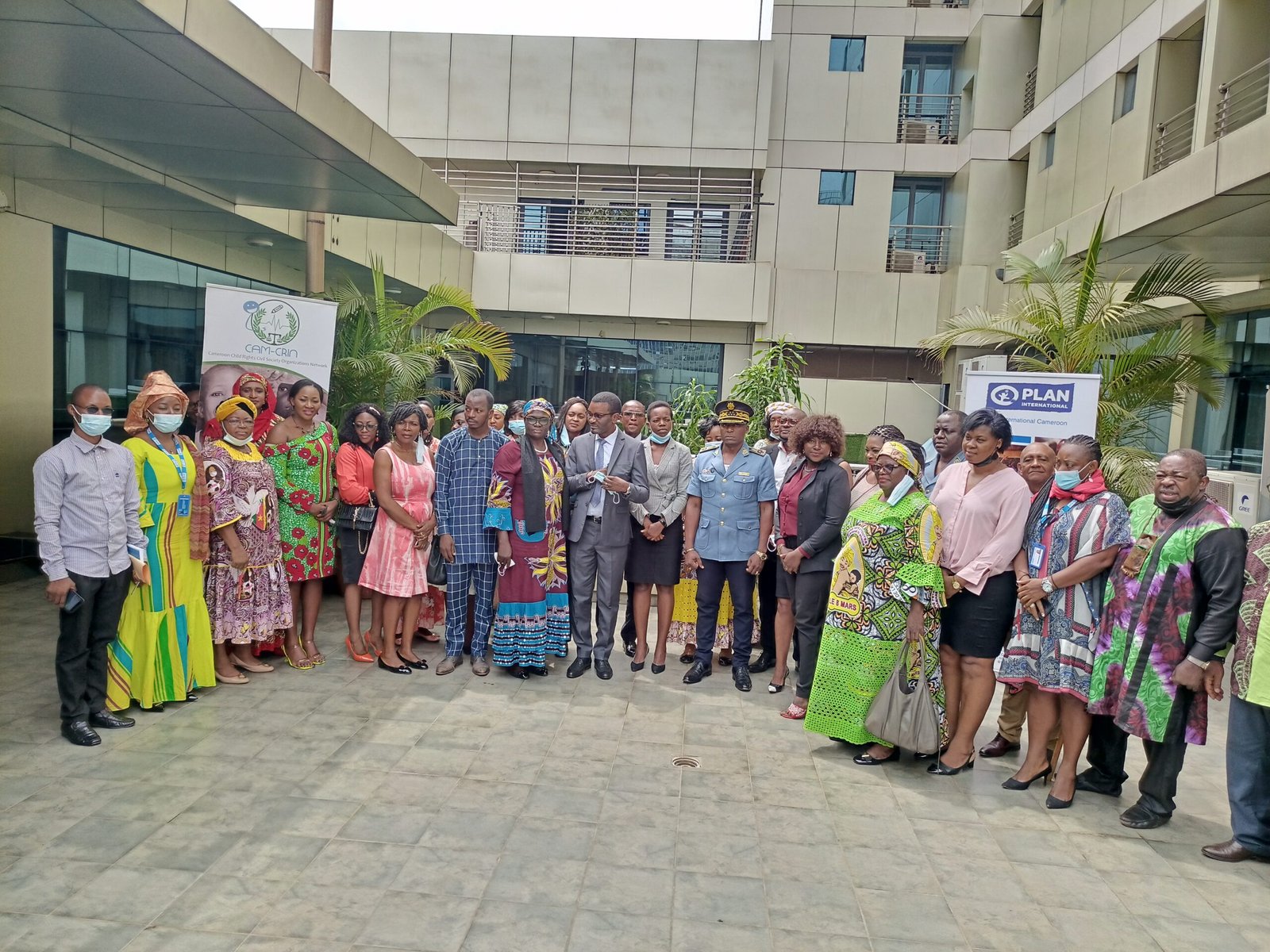 As part of strategies to tackle rising cases of sexual abuse and violence of children, CAMCRIN and Plan International Cameroon embark on the implementation of judiciary clinics nationwide.

It was disclosed on Friday 11th March 2022 in Yaounde, during a one-day advocacy workshop initiated by local based civil society organization network known as Cameroon Child Rights, CAMCRIN and Plan International Cameroon under the patronage of the ministry of women’s empowerment and the family, MINPROFF that judiciary clinics will be put in place with the help of government and key actors.

The implementation of judiciary clinics described as cells or centers that will come in support of vulnerable children is one of the major points highlighted during the advocacy workshop that gathered various actors fully concerned with children’s rights.

Dr Sayang Collins, interim country Representative of Plan International Cameroon, in his address has acknowledged the fact that with the advent of new forms of information and technologies, several strides have been made in terms of communication, thus paving the way to opened denunciations.

He stated that: “Faced with the prevailing changes, some women who have become more aware of issues related to power relations and the influence of dynamics have organized in groups now in urban areas. They now have access to reflection forums, succeeding in taking part in debates, development issues and even part of decision making. For some, this has led to the transformation of their social, legal, economic and political status but for others, for whom the majority live in rural areas and particularly in some urban settings, relations and relationships with men are still publicly rooted in the traditional values mentioned above…”

Speaking to participants and officials convened for the workshop, the interim country Representative of Plan International Cameroon unveiled critical figures which should be strangled for effective intervention. Dr Sayang Collins pointed-out the crucial need to silence sexual violence and abuse on children notably the girlchild, which persistently exist in many communities due to customs, traditions and beliefs.

“Notwithstanding signs of modernity, women’s social and economic responsibilities have not evolved significantly. 39% of women and 42% of men aged between 15 and 49 years reported have experienced physical violence since the age of 15. Regarding sexual violence overall, 13% of women aged 15 to 49 reported have experienced sexual violence by someone at some point in their lives. And 5% has experienced it recently in the last 12 months. More than 4 out of 10 women of the same age group in a union or in a broken union declared that they had at some point experienced violence in the form of emotional, physical or sexual violence… 6% of young women have already entered into first union before reaching their 15.” Dr Sayang said.

The acting president of CAMCRIN on his part said despite concerted efforts by government to upgrade the status of the woman and the girlchild in Cameroon, there are still a wide range of gaps observed that should be filled in like under education of girls, access to justice, access to land etc.

As he stated in his speech, it is with regret that they have noted the absence of a child protection code, the absence of an adapted justice with specialized jurisdictions for children, the lack of juvenile justice platforms at the central and local levels and besides, the weak policies and national instruments that highlight the rights of children.

During his exchanged with media practitioners, the president of CAMCRIN, Leon Bertrand Enama said: “There are a lot of cases of violence and abuse recorded so far and if access to justice is not favourable, this will encourage more authors of such acts. It is therefore important for us to strengthen mechanisms that will help us have more sanctions and when these sanctions will be applicable, we shall find ourselves with abuse cases reduced in our communities. Reason why for this workshop, we targeted a great number of key actors in the judicial chain at the national level, we convened forces of order, social services, lawyers who are highly represented for judicial follow-up and besides, civil society organizations that will heighten sensitization on the ground as well as other actors such as traditional chiefs who have a key role to play in their various communities notably in terms of denunciation…”

The advocacy workshop chaired officially by Mrs. Koukreo Maipa Wespa, Inspector number one in the ministry of women’s empowerment and the family was the occasion to spotlight the existing inequalities between girls and boys, women and men as a hindrance to the development of the country. As indicated by the Inspector of MINPROFF, the 37th edition of the international women’s day observed on March 8, granted opportunity to amplify the voices of women and girls in terms of discrimination and empowerment.

Participating at the workshop Barrister Kuhsen Nicoline underscored the fact that as lawyers working with CAMCRIN they have been supporting many of their activities.

She said: “We want to accompany CAMCRIN at the judicial level, be it at the start with cases of violence on children. We assist them, give them advice, do consultations if need be before the court. We noticed that CAMCRIN has been doing a lot with Plan International to protect the right of the child but as lawyers we can only assist them where they need execution of their rights…”

Plan International Cameroon, as a leading organization that strives for a just world that advances children’s rights and equality for girls has carried-out a good number of activities to back-up CAMCRIN and help the government of Cameroon in the implementation of its various national policies such as that on Gender adopted in 2015.