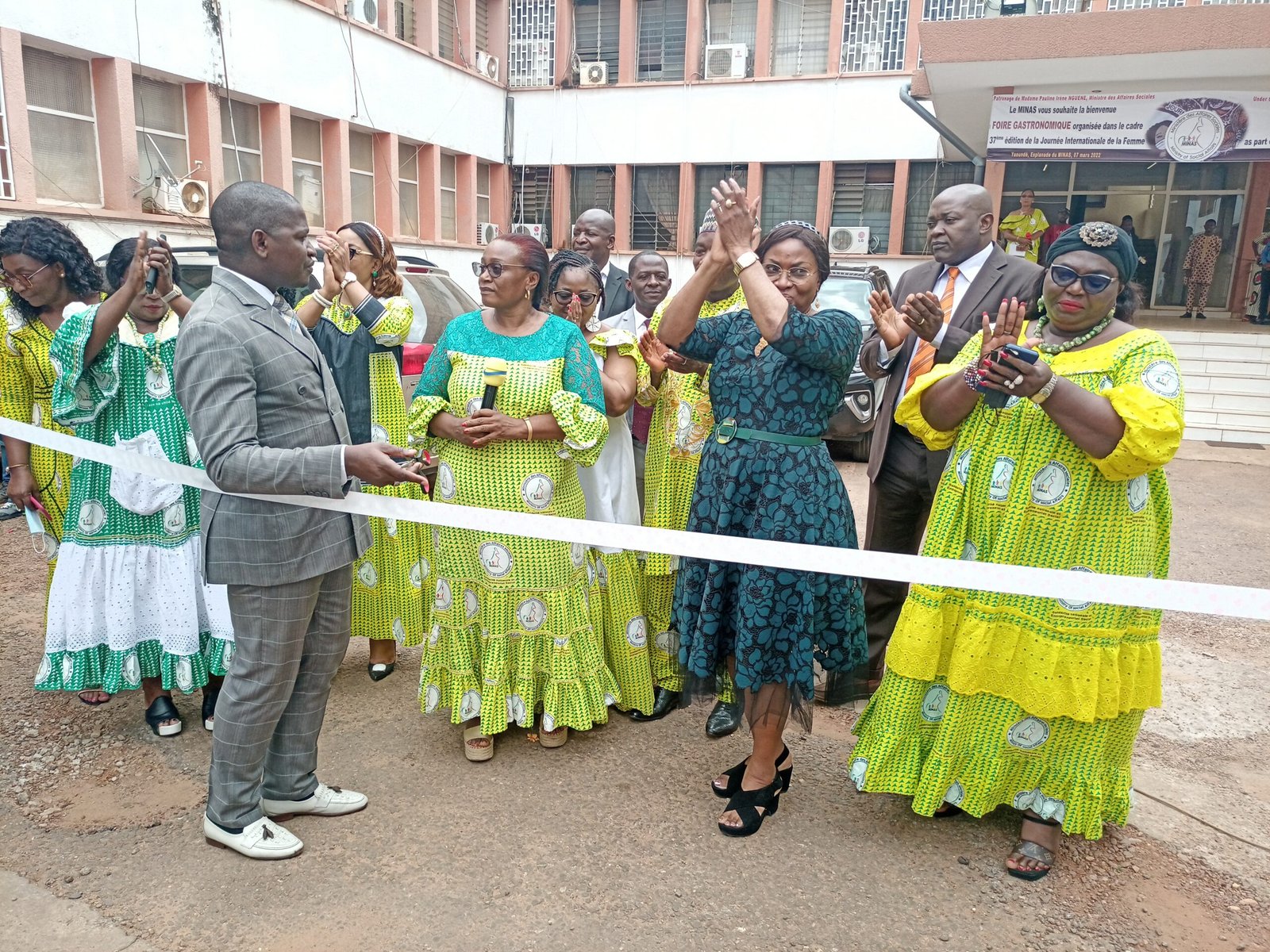 As part of activities marking the 37th edition of the international women’s day on March 8, the female staff of the ministry of social affairs organized a gastronomic fair in Yaounde, Cameroon.

After series of weeklong activities launched by the ministry of social affairs in order to celebrate the international women’s day observed every March 8, the female staff organized in grand style a gastronomic fair. The event that took place on March 7, 2022 at the esplanade of the ministry in Yaounde was an occasion to showcase the various traditional delicacies of Cameroon.

As indicated by the Gender Focal point in the ministry of social affairs, the female staff have seized the occasion of the numerous activities launched to expose their culinary know-how.

Maurine Ndengho, Inspector number 2, by the way Gender Focal point said the gastronomic fair has been chosen as one of their activities as a form of expression of the dynamism of women working tiredly everyday both in the office and at home.

She said: “We just wanted to showcase the dynamism of a woman. We are in the office every morning, we come and we work, we treat files and back home again we still have time to take care of our families (husbands and children), so we wanted to really show to our male collaborators to savour the good cooking from their female colleagues. It is just to show that, a woman is a special human being, and a woman is a wonderful person…”

The menus that were exhibited at the one-day gastronomic fair were from the various cultural zones that make up Cameroon.

“We splitted the ten regions of Cameroon into four groups. We have joined the West and North-West regions that we call grassfields, that is why we have showcased meals like achu, koki, kati-kati fufu corn and then for others; we had the sawa cultural group which is made up of the South West and Littoral regions. Here we had ndole, ekwang, fufu and eru. And then for the Grand centre as commonly called, it is represented by the Center, East and South regions. We had okok, sanga, mbongo and for the Grand North that makes up the three northern regions, we had pap, rice fufu and their traditional okro soup known as lalo etc.”

To commune with the female staff of her ministerial department, Social affairs’ Patroness, Pauline Irene Nguene cut the ribbon to officially open the gastronomic fair event. The Minister under the guidance of Gender Focal point was introduced to the different communities that exhibited their traditional meals. The Minister appreciated the variety and nice meals offered by the female staff.

A group of dance and a fashion parade to highlight Cameroon’s multi-cultural facets were equally on the agenda of the gathering which is part of the grand celebration of March 8 2022 reserved by the staff of MINAS.

The celebration of the 37th edition of the international women’s day (IWD) is placed under the theme: “Gender Equality today for a sustainable tomorrow”.