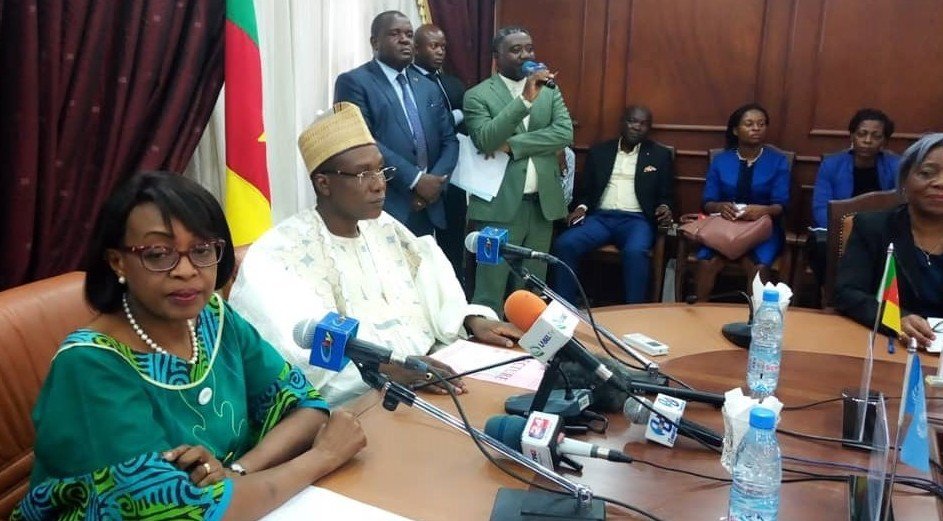 After spending three days in Yaounde-Cameroon, the Regional Director of the World Health Organisation (WHO) for Africa granted a press conference alongside Public health minister, Dr Manaouda Malachie on February 22, 2019.

During her exchange with media practitioners, Dr Moeti made a round-up of her discussions with government officials and field visits conducted at the Chantal Biya Foundation, Biyem-Assi district hospital and at the faculty of medicine, where a conference on Universal health coverage was organized. Dr Moeti said she was impressed and struck by the strong drive towards integrated services, the good work being carried-out by health care workers in collaboration with local communities. “I am very impressed by what I have seen here: prenatal care, HIV-AIDS screening and positive test results being referred to the same hospital for appropriate treatment. We can equally see that men are involved in the pregnancy follow-up. They are been advised and informed on all the procedures before delivery”.

She said the initiatives undertaken by the government in some health facilities were really good as in Africa we are confronted more and more with chronic diseases such as hypertension and cancer which need to be integrated in already existing services rather than developing other health units. 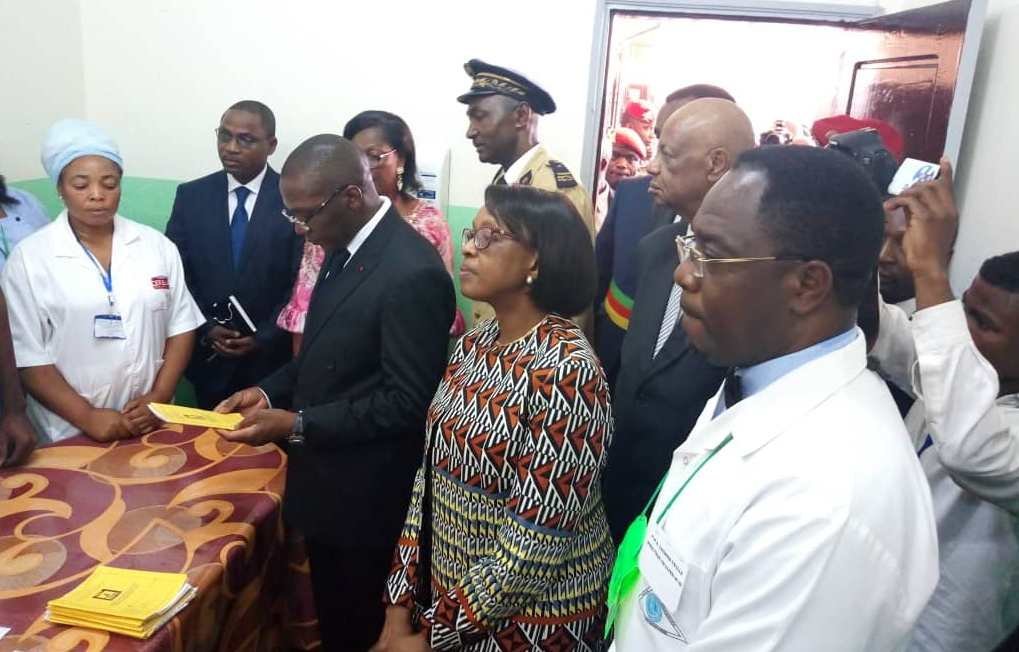 At the Chantal Biya Foundation, where she visited the neo-natal unit and saw premature babies of one kilogramme of weight, Dr Moeti appreciated the quality of facilities put in place for the care of such infants. She insisted on the fact that: “we are dealing with human beings. When we have a baby or a mother in a hospital, these are people in distress who need not only the expertise but humanity and compassion”.

Dr Moeti acknowledged the fact that Cameroon just like other middle-income countries in Africa faces a lot of challenges as far as the range of health problems and humanitarian crises affecting the country are concerned. However, Cameroon has a strong human capacity as technicians are concerned but the decision of the Head of state to drive the country towards Universal health coverage will demand a lot of analyses which are already underway as informed by the Minister of Public health, she said. Dr Moeti emphasized on the need for the private sector and other locally based non-governmental organizations to partner with the government in the financing strategies of the universal health coverage programme in Cameroon. The challenges to be overcome are many as she said but the sense of determination of the government as noticed is of high importance in the process of implementing this programme. Dr Moeti outlined the fact that WHO and other United Nations’ partners are closely working with government to provide all the technical support for the success of this programme.

The researches carried-out by experts to develop the health system and the open policy of Cameroon to treat without discrimination people from other neighbouring countries is one of the main aspects highlighted by the Regional Director of WHO for Africa as she expressed satisfaction of a three day fruitful visit in the nation’s capital.

While in Yaounde, the Regional Director equally held a meeting with the staff of the ministry of public health and those of the United Nations’ system in Cameroon. These series of working sessions focused on strengthening the health system, revitalizing primary health care and growing humanitarian emergencies in the country. Dr Matshidiso Moeti was received in audience by the Minister of State and Secretary-General at the Presidency, Ferdinand Ngoh Ngoh, the Prime Minister, Head of government, Joseph Dion Ngute, the Minister Delegate in Charge of Islamic Affairs, Adoum Gargoum, and other government officials.  During these meetings, discussions focused on ways of further strengthening the fruitful cooperation between the World Health Organization and the Republic of Cameroon in order to improve on people’s health.