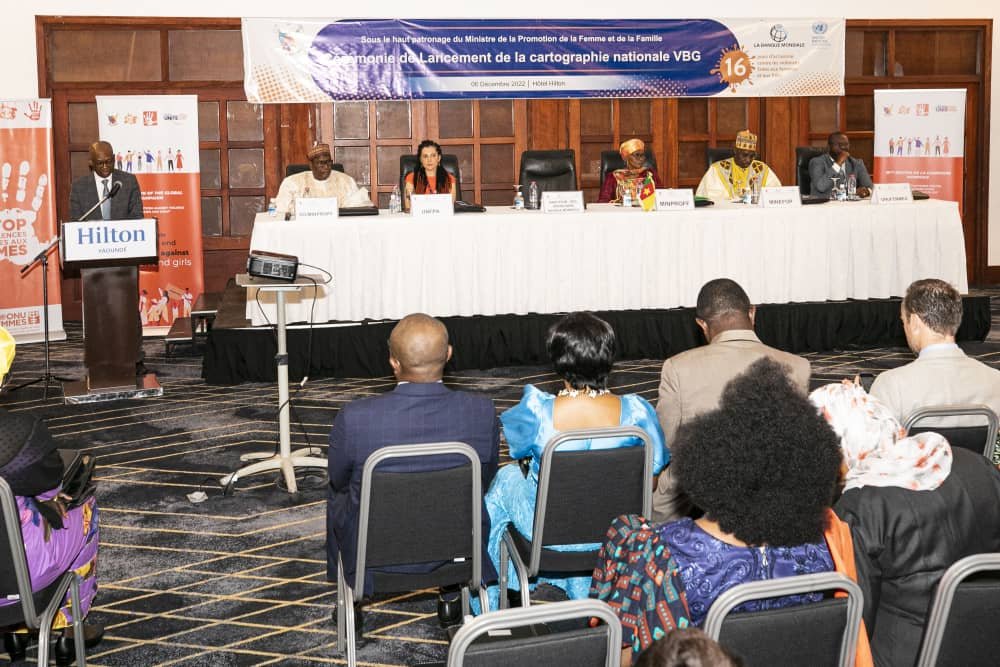 Cameroon’s Minister women’s empowerment and the family, Marie-Therese Abena Ondoa officially launched on December 6, 2022, in Yaounde, the national mapping of Gender-Based Violence service providers as part of activities marking the 16 days of Activism.

The initiative that has been put in place by the Ministry of women’s empowerment and the family has officially seen the daylight thanks to the support of the World Bank, one of the numerous key partners of Cameroon’s government.

The mapping of Gender-Based Violence, GBV service providers in Cameroon as indicated, is aimed at assessing the services that have been set up throughout the country and strengthening the response for the victims and survivors of GBV.

She said: “This programme will be the operational tool of the national strategy to combat GBV and the action plan for the elimination of female genital mutilation. Its objective is to coordinate the actions of government, development partners and civil society organizations in the national response to the increased vulnerability of women and girls caused by GBV, in a humanitarian context resulting from socio-political crises and COVID-19. Planned for the period 2023-2026, this programme focuses on the consolidation of the achievements of close or similar programmes, the pooling of programmatic approaches in order to optimize results…”

Madame Abena Ondoa praised the World Bank, United Nations Population Fund, and United Nations Women for their push and continuous support to the government in improving on the holistic management of victims and survivors of GBV in Cameroon.

United Nations System Coordinator spokesperson, Mrs Noemi Delmonte who is UNFPA’s Deputy Representative in Cameroon said the initiative that officially takes off will help to: fill in the gaps, limit the increasing cases of GBV, reinforce strategies to combat the scourge and create more room for community-based activities, especially in humanitarian settings.

Despite the numerous challenges that still hinder the fight against GBV in Cameroon, Mrs Delmonte believes collective actions and effective engagement from different actors will greatly impact on this move.

World Bank’s Director of operations, Mr. Seck Abdoulaye said the fight against GBV requires a multisectoral response, reason why the World Bank stands beside the government of Cameroon to grant its financial support and technical contribution.

In his address, he pointed out the significant actions carried out by the World Bank since 2017 in Cameroon in terms of prevention and mitigation of GBV risk and projects implanted in some targeted areas of the country.

He said: “The world Bank Group considers that no country, community or economy can achieve its potential or meet the challenges of the 21st century without the full and equal participation of women and men, girls and boys. It is committed to closing the gaps between males and females globally for a lasting impact in tackling poverty and driving sustainable economic growth that benefits all…”

Abdoulaye Seck added that a report released by the World Bank Group estimates the costs of intimate partner violence at up to 3.7 per cent of Gross Domestic Product, GDP.

In Cameroon, statistics from the 2018 Demographic and Health Survey (DHS) indicate that, in terms of domestic violence, more than four out of ten (44%) women aged 15-49 in a union or in a broken union reported having experienced violence, be it emotional, physical, and/or sexual abuse, at some point by a current or most recent husband/partner and 32% of cases are recent, that is in the last 12 months. The most common forms of domestic violence for women are physical (34%), emotional (29%), and sexual abuse (10%). 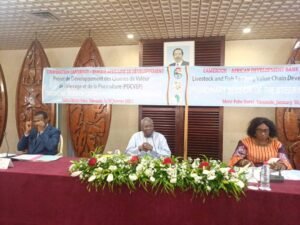 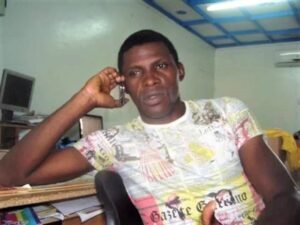 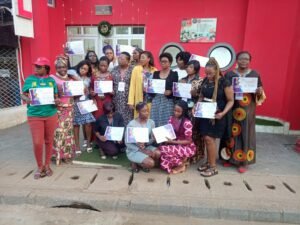