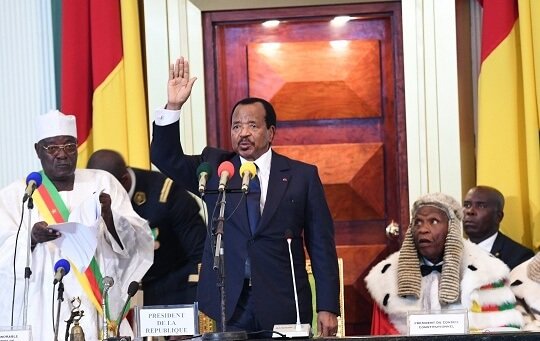 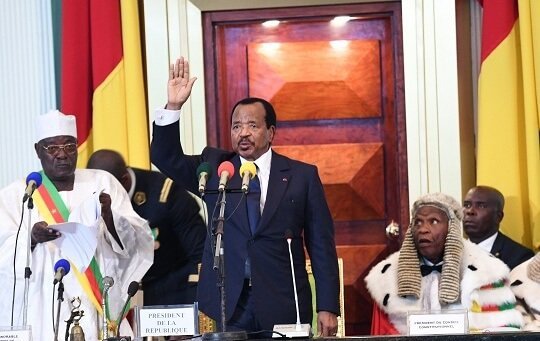 The President-elect, Paul Biya has been sworn-in for another seven year mandate.

The over one hour solemn ceremony started with a brief speech from the President of theNational Assembly, Honorable Cavaye Yeguie Djibril.

The House Speaker described President Paul Biya as “the right man at the right place” praising Cameroonians for their political maturity.

Then came the highly awaited oath taking ceremony where President Paul Biya pledged to abid by the constitution in leading the people.

The famous “I DO SO SWEAR” phrase was greeted with a loud applause from the full house at the National Assembly. President Paul then took to the rostrum and delivered his policy speech .

Mr Biya renewed his determination to conserve all positive gains during the last mandate and explore new avenues of progress.

He took the commitment to restore peace in the troubled regions and also discuss a socio-economic plan for the youth. The President elect was later treated to military honours in his capacity as Commander- in Chief of the armed forces.

After the National Assembly, the newly sworn-in President had a triumphant ride to Unity Palace where an excited crowd was waiting.

Phase one of the event ended with cheers from the CPDM family and friendly political parties as the new president officially enters Unity Palace for another seven year term.

Biya paul, Cameroon, President of the republic, swearing in