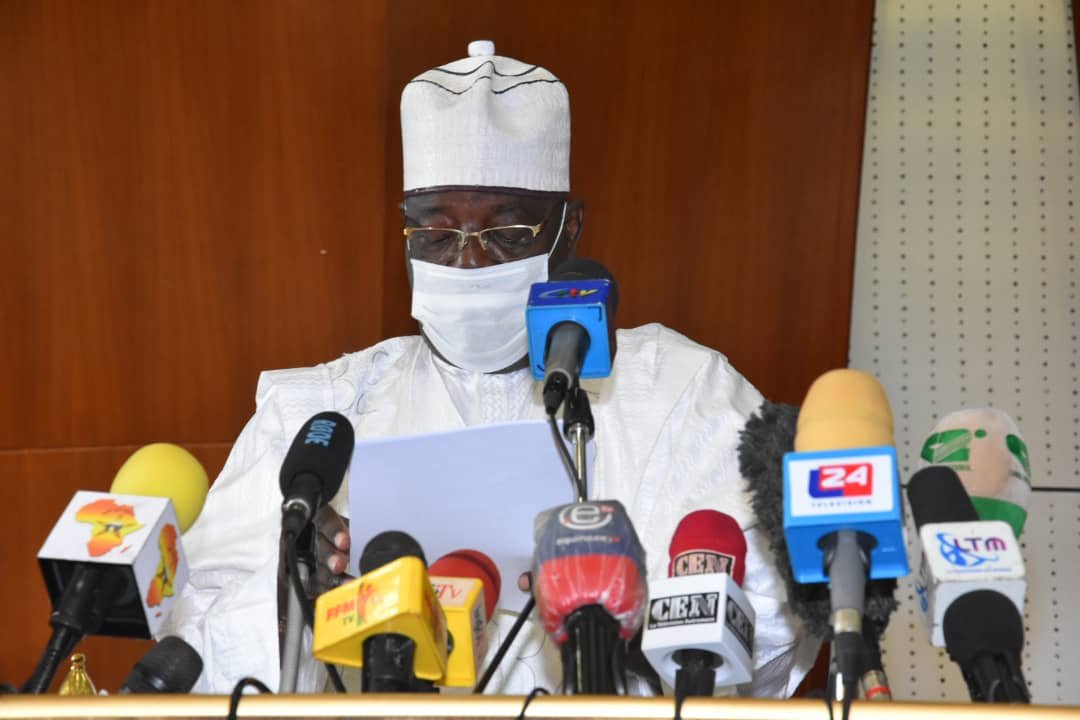 Right Honourable Cavaye Yeguie Djibril, speaker of the national assembly calls for the collaboration of internally displaced traditional rulers who fled from their chiefdoms, to help government restore peace in the crippled North-West and South-West regions.

As of tradition, the opening session of parliament was marked by key messages and calls from the speaker of the national assembly, Right Honourable Cavaye Yeguie Djibril.

The November ordinary session of parliament launched on Thursday November 11, 2021 in Yaounde brought in the lime light salient issues at the time the country is entangled in the Anglophone crisis.

In his address, the President of the national assembly of Cameroon saluted the field trips undertaken by Prime Minister; Head of Government in the two English speaking regions in order to restore peace.

To the speaker of the national assembly, these field trips were a form of demonstration of President Paul Biya’s firm determination to demand peace in the North-West and South-West regions.

Honourable Cavaye Yeguie Djibril seized the official opening session to praise the peaceful move undertaken during one week by Prime Minister, Head of government, Chief Dr. Joseph Dion and by the way called on his peers who fled their palaces during the crisis to return home.

The speaker of the national assembly who is the Chief of the Mada palace in his native Tokombere, Mayo-Sava Division of the Far-North region appealed to internally displaced chiefs of the North-West and South-West to regain their chiefdoms.

He said: “I cannot possibly judge in their stead what is best under the present circumstances, but I wish to humbly remind them that they have the binding duty to work in synergy with government authorities, to contribute their quota in return to normalcy and in the task of restoring the authority of the State in their respective chiefdoms.”

Cavaye Yeguie Djibril in his speech said he is convinced that peace will be restored all over the country for the common good of all Cameroonians.

The upcoming African football jamboree to be hosted by Cameroon also featured in the speech of Right Honourable Cavaye Yeguie Djibril.

He exhorted all commissions implicated in the organization of the 2021 AFCON Total Energies to brace-up challenges for a successful event. And also underscored the need for a befitting welcome on behalf of Cameroonians who are well-known for their legendary hospitality.

The full month ordinary session of parliament which kicked-off is expected to put on the table of members of parliament 2022 state budget for scrutiny. As one of the most fastidious sessions of the national assembly, the November ordinary session will be marked by the passage of all ministers who are to defend their respective budgets before the budget and finance committee.

Worthy to note as pointed-out by the speaker of the national assembly, the President of the Republic, Head of State, Paul Biya defined the main orientations and priority actions of the 2022 state budget in a circular that was made public on August 30, 2021.

“Some of the priority actions are the eradication of the coronavirus pandemic disease and post-COVID-19 economic recovery.” He said.