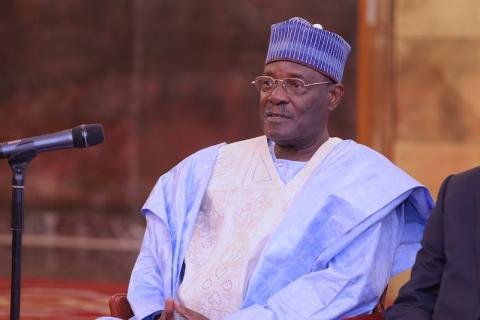 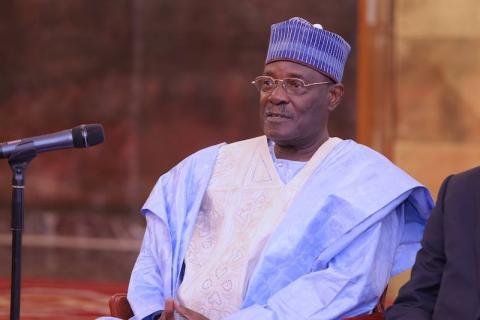 The entire bureau of the National Assembly was re-elected this March 21,2017 during a plenary sitting of the house.

The great son of Tokombere, locality of the Mayo-Sava division in the Far North region was re-elected at the helm of the lower house of parliament. Honorable Cavaye Yeguie Djibril, in a tight and animated plenary sitting finally grabbed his victory. He was re-elected in a uninominal vote with 147 votes against 20. His Cameroon’s People Democratic Movement (CPDM) mate, Hilarion Etong had a total of 141 votes and there were 17 void ballots. A tight elections’ session which was marked by the passage of MPs of the opposition party, the Social Democratic Front(SDF). They blocked the elections with regard to the fact they introduced a motion calling for the eldest MP to create an Ad Hoc committee to amend the standing orders of the house. Giving way to the MPs of SDF to express themselves permitted to bring back calm and pursue elections.

After the elections of the House speaker and first vice-President of the national assembly, other members of commissions were reconducted to their positions. The ruling CPDM group leader, Honorable Ndongo Essomba just like other members of the bureau who are 5 vice-Presidents, 4 Questors and 12 Secretaries were elected through consensus lists presented by all the parties represented in the lower house of parliament.

Honorable Cavaye Yeguie Djibril thanked all his mates of the CPDM and other members of parliament. The occassion was well seized to thank once again the Head of state, Paul Biya who has chosen him to lead activities of the glass house. The President of the National Assembly also expressed his gratitude to the eldest MP, Honorable Enow Tanjong who led the provisional bureau of the house before the elections and putting in place of a new bureau this March 21,2017.

Following the elections of the permanent bureau, debates and examination of files for the ongoing March session will effectively start  at the national assembly.