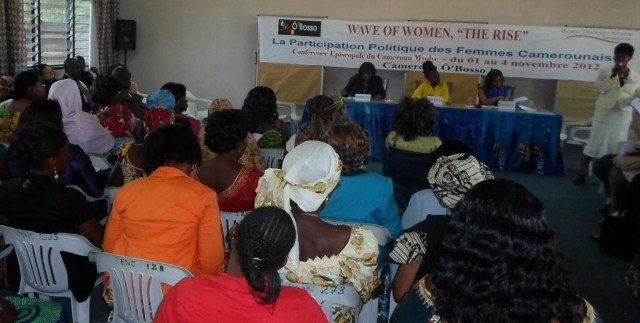 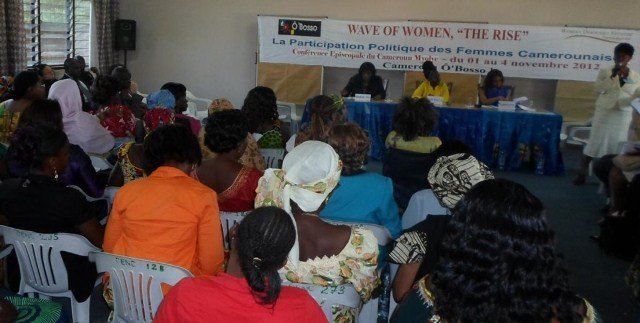 Networks and associations promoting gender equity, women’s rights and their participation in the electoral process of Cameroon massively gathered in Yaounde on August 10, 2016.

The plight of Cameroonian women still remains critic with regard to the political, socio-cultural and economic factors observe. “Women are still attached to their cultures and values. They are afraid to take bold steps that will change their situations in their communities. We have to act further and we are present to empower them daily in decision making”. Said Mrs Ngatchou, one of the leaders of a movement association based in town. She was granting her point of view during the conference debate organised in Yaounde, the nation’s capital as part of commemorative activities marking the 5th edition of the African day of decentralisation and local governance. Celebrations are placed under the theme: “Gender, Equity and women key for achieving Africa’s agenda 2063 for the achievement of sustainable goals (SDGs)”. The theme falls in line with the proclamation by the African union of 2016 as the year of Human Rights with focus on women’s rights.
Yet, the occasion was well seized therefore to empower and sensitize the hundreds of women participants at this conference debate. They were edified on the themes: “Which strategies to ameliorate the representation of women in different organs of their territorial administration?” and “Empowerment of rural women; an advantage in the eradication of poverty and hunger”. Guest speakers such as Professor Justin Diffo Tchunkam of the NGO “More Women in politics” (MWP), has praised the courage and dynamism of women who every day work hard to impact on their situations. She told them to highlight activities they organise in their communities weekly or monthly, work with media to show their efforts and participate in nation building actions. According to Professor Diffo, women have a lot to give and share but need to be empowered for concrete actions. The Maire of the Yaounde V council, Yvette Claudine Ngono on her part said: “women are actors of change but do not have confidence in what they say and do.” She did not hesitate to tell them to work in network for results oriented. Mrs Ngono reiterated that women should take active part in social and political events which could change their stand. “A woman should take part in political rallies in order to raise her voice and give her point of view. She will not change the cycle of her life by sitting at home. We represent over 51 percent of the population and we are the future of the country
Several actions have been taken to impregnate and sensitize women on their rights and duties. Local NGOs and organisations such as Genre en action, Horizons Femmes, More women in politics (MWP) with the support of the European Union, United Nations’ Women just to name this few have boosted a greater number of activities on the field. The NGO MWP for instance has put in place a recent project aimed at boosting the massive turn out of women in the upcoming 2018 electoral process. The said project as explained from the background of MWP has observed that women constitute almost 51 percent of the population, according to the 2005 national census and over half of the potential voting population which is estimated at 55 percent. This low involvement of women in public life has been described as endemic and remains a cause for concern with a number of key identified problems.