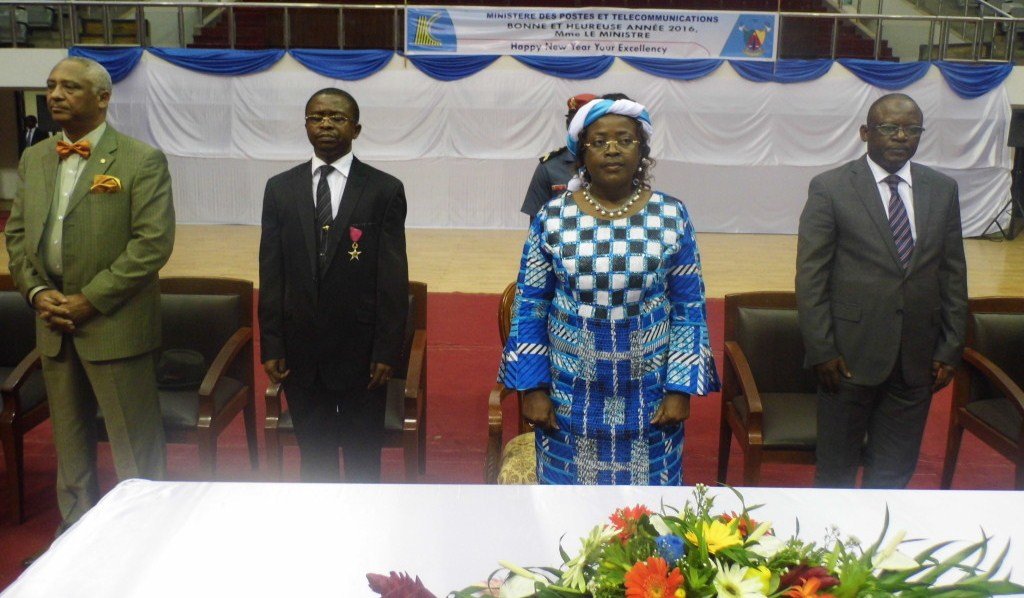 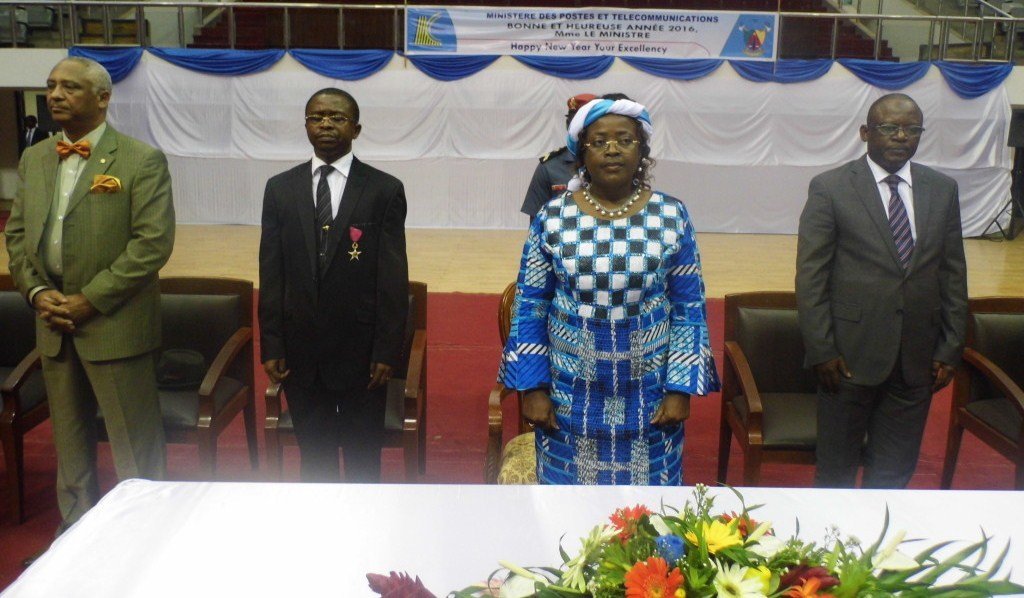 A befitting welcome was reserved to the new Minister of posts and telecommunications, Minette Libong Li Likeng during the traditional New Year wishes ceremony organized this January 21, 2016 at the warda multi-purpose sports complex of Yaounde.

The New Year wishes ceremony of the ministry of posts and telecommunications held at the warda multipurpose sports complex of Yaounde just took place after a two day annual conference of its central and external staff. The occasion was well seized by the technical adviser number who in the first place opened the event by reading the general report of the said conclave. Key points outlined during the lecture of this report make mention of the different workshops and themes on which participants were highlighted as well as the numerous recommendations taken. The mobilization of all actors in the telecommunication sector in order to achieve performance was one of the main aspects coined out just as the amelioration of the network coverage nationwide and the quality of service in the posts and telecommunications sector.
Some of the recommendations made by the participants as read by the technical adviser number one are: the reinforcement of teaching and training on the quality of service at the level of the National advanced school of posts and telecommunications, the integration of numerous ICTS (information and communication technologies) projects, the permanent holding of seminars to the benefit of regional delegates and staff just to name this few.
The Secretary General on his part was granted the floor to make the balance sheet of activities of 2015. Mr Djodom Armand in his introductory statement praised the new Minister as the first lady to occupy her post since the creation of this ministry and by the way expressed his joy to have been reconducted as Secretary General after the recent Presidential decree. With regard to core actions under taken last year, the Secretary General said the ministry has engaged in several reforms notably the revalorization of salaries, the rehabilitation of many offices and regional delegations, the donation of 13 vehicles to some officials of the central services and the achievements of the anti-corruption unit. Moreover as outlined by Armand Djodom, optical fibers projects are underway nationwide alongside the construction of multi-purpose communication centers in some localities and the equipment of postal networks centers.
Minette Libong Li Likeng, in her key address thanked the “Minpostel family” who she said emanates from her desire and will to construct a peaceful and serene atmosphere of work for results and performance. She used a proper formula which goes as: “together each one achieves more. Together in our sector, we will reach unreachable points.” The Minister equally pointed out the numerous stakes and challenges awaiting her ministerial department which is in charge of providing quality and effective network coverage during the 2016 and 2019 African nations’ cups that Cameroon will host. However, she announced two new major projects to be conducted by the ministry. The first of such projects is the setting up of an exchange circle between the public and private sector for posts and telecommunications with the objective to gather all actors of the sector in order to optimize demands. The second project has to do with the organization of a large regroupment of intelligences to expand the numerical sector. She concluded her address by calling once more on the achievement of good results and performances. The leitmotiv is to mobilize each and every one of the telecommunications sector through the determination to succeed despite the adversity that may occur.