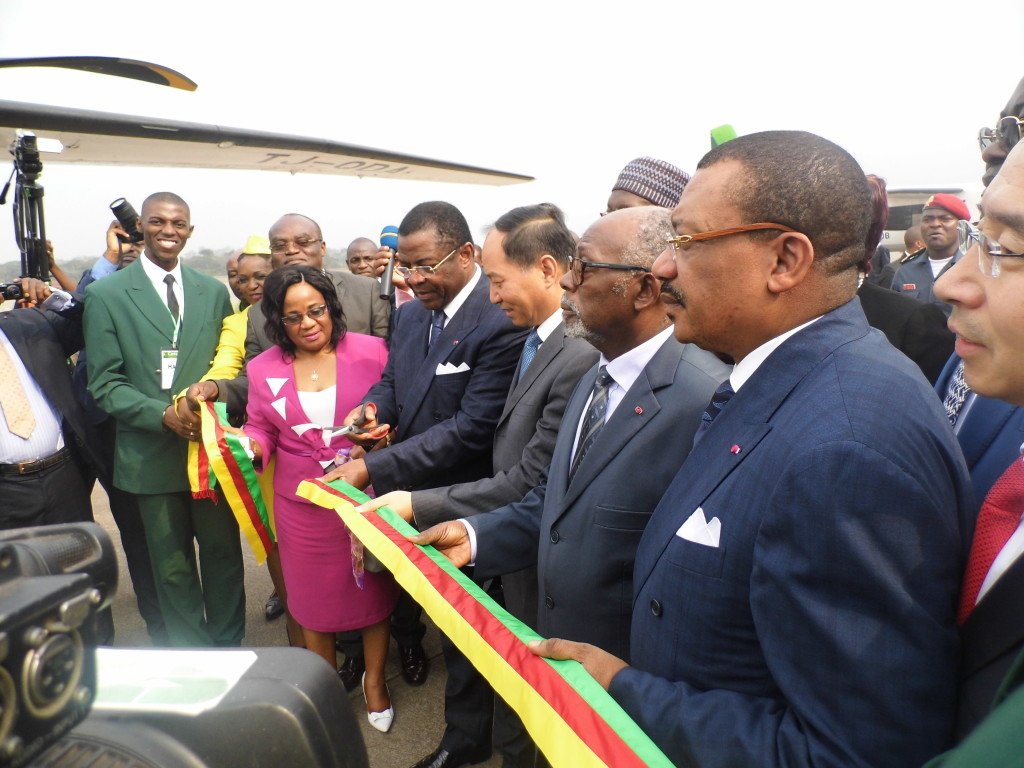 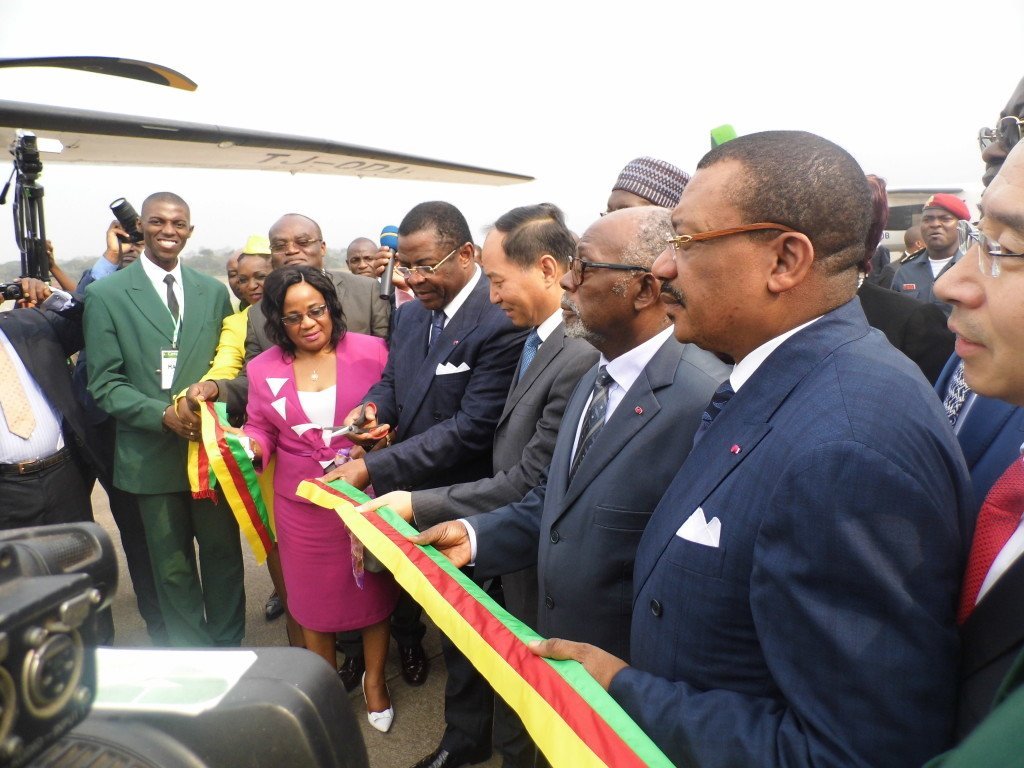 The inaugural flight of the MA60 officially took place on Saturday 23rd January 2016 at the Nsimalen international airport in the outskirts of Yaounde.

After the numerous controversies which surrounded the quality and reliability of the three MA60 aircrafts bought by the government of Cameroon from China, the Cameroon airline corporation (Camair-co) launched its new air traffic last Saturday at the Nsimalen international airport. The two MA60 planes handed over to the national airline company were inaugurated by the Minister of transports, Edgar Alain Mebe Ngo’o during a to and fro flight from Yaounde to Douala and from Douala to Yaounde. The 48 seater aircrafts were piloted by Zimbabwean nationals
In his address, the Minister said the two aircrafts given to Camairco in order to enlarge its services at the local level and the other handed over for more than one year now to the Air force are reliable and have been tested in several occasions.

“In fact, history will scribe that it is after a friendly and working visit in China in 2011 that the President of the Republic of Cameroon decided to acquire two MA60 planes and the third one given to him. The MA60 aircraft granted to the Air force has undertaken several missions and field works, I have several times undertaken some field visits while I was Minister Delegate at the Presidency of the Republic, in charge of defense. I am therefore the proof that MA60s are reliable”.

Minister Mebe Ngo’o said the government is resolved to redress the image of the national airline company and has challenged the General Manager of Camairco and his staff to make good usage of the two planes and provide quality services its customers. Jean Paul Nana Sandjong, the General Manager of Camairco was called on to continue to raise and make shine the star of the company for the image of Cameroon.
The MA60 aircrafts dubbed “Logone and Matum” will apart from Douala, the economic city cover other strategic areas of the country such as Bamenda, Bafoussam, Koutaba, Bertoua and Malabo the capital of Equatorial Guinea just to name these few. According to Jean-Claude Nkeng Peh, commercial and marketing Director of Camairco, the company is determined to enlarge its services at the domestic and sub-regional levels and one of their short term objectives is that of programming at least one flight per day for Ngaoundere. This is due to the high demand as well as Bafoussam whose high demands are witnessed between Fridays and Sundays. Concerning the sub region, the MA60 will serve Libreville in Gabon in view of supplying long takeoff for Paris departing from Douala and a transit in Malabo in Equatorial Guinea shall be opened. “Perspectives are underway to serve the lines of Bangui in the Central African Republic and Ndjamena in Chad”.
MA60 aircrafts have been manufactured in 2013 and matriculated in 2015 both as TJ-QDA and TJ-QDB by the China aviation industry corporation (Avic). Avic is a public holding Chinese company specialized in aeronaut construction since November 6, 2008.