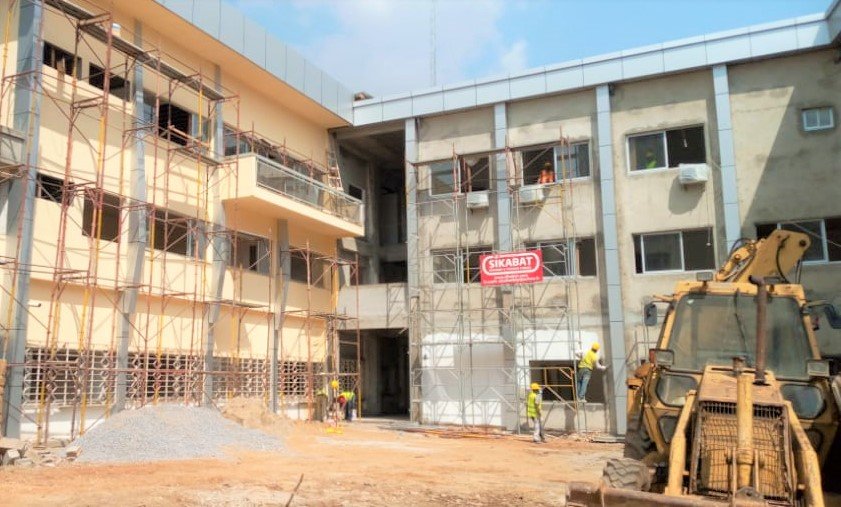 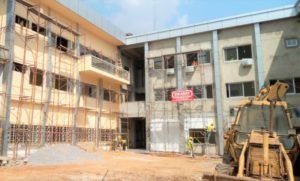 Youth affairs and civic education Minister alongside his collaborators were on an inspection tour on Monday, January 13, 2020.

Minister Mounouna Foutsou visited the three blocks’ building made up of 85 offices.

The modern building that will host the ministry of youth affairs and civic education (MINJEC) will be operational on the 28th of February 2020, according to Jean Paul Mayagi, project manager.

The «U» shape architectural type building, with a surface area of almost 1460 meter square, is situated at the administrative center in Yaounde- Cameroon. 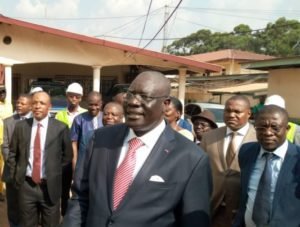 « I’m satisfied with the quality of works so far. It is really at the dimension of Cameroonian youths. As you may know, the working conditions have an impact on the state of mind and so if the personnel of MINJEC is working in a conducive environment many good results will be felt » said Mounouna Foutsou.

In 2016, Prime Minister, Head of government notified the minister of youth affairs and civic education, of a decision attributing the former french cooperation building to his ministerial department. Following this decision, the technical services of MINJEC in collaboration with the ministry of state property and land tenure initiated the rehabilitation project and the extension of the building with an annex that will host the minister’s cabinet, the secretary general and part of the central services.

MINJEC’s new building is a masterpiece with modern and international architecture and technics, equipped with a video surveillance system, access control system.

Construction works were launched in April 2017.