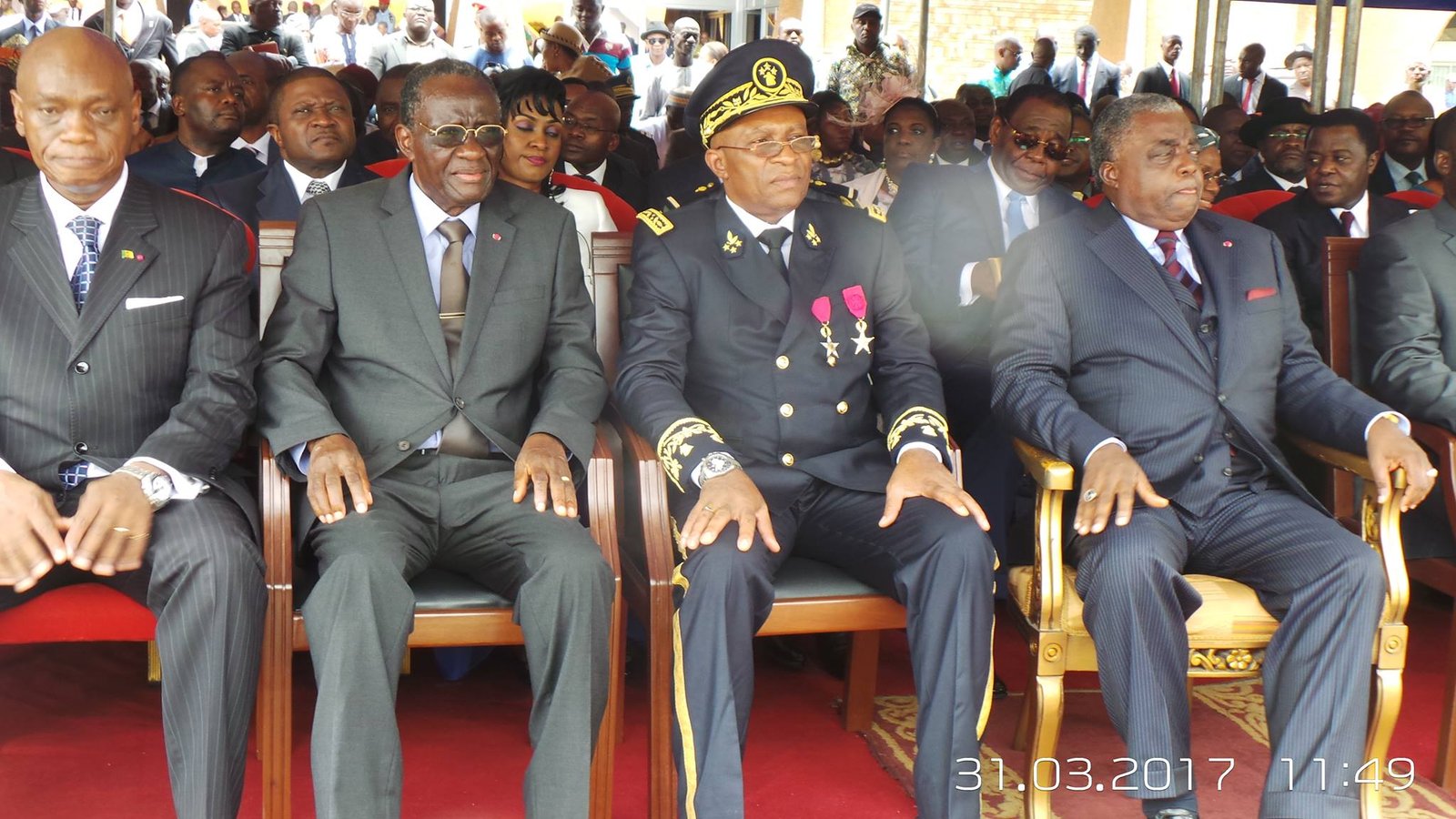 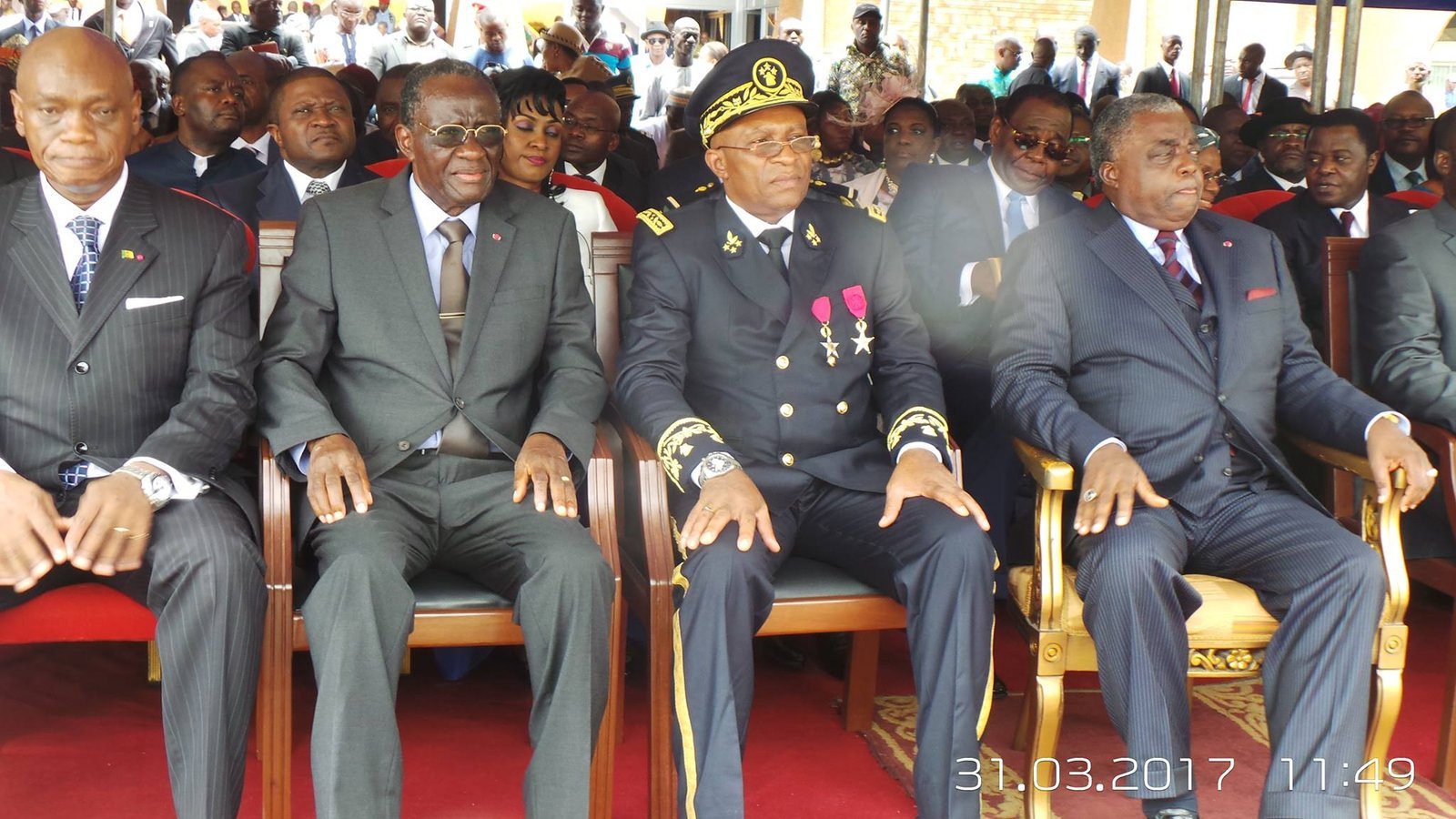 Newly appointed Governor of the Center region officially takes over command in a ceremony chaired by Minister Rene Emmanuel SADI.

March 31,2017 has been a festive day in Yaounde as the new Governor of the Center region officially takes over duties in a ceremony chaired by the Minister of territorial administration and decentralisation, Rene Emmanuel SADI.Members of the diplomatic corps,administrative, local authorities and forces of order that make up the Center region just like elites of the South-West and littoral regions were massively represented at this installation ceremony.

The new Governor of the Center region was challenged to build a modern city which falls in line with the great achievements of the Head of state, Paul Biya and which makes the pride of Cameroonians.

Minister Rene Emmanuel SADI,outlined the fact that, Naseri Paul Bea takes over commands today, in a region where the importance needs not to be demonstrated, due to the fact that, the Center region shelters the capital city with all its institutions. He said : « presiding over this region is a great honour, a privilege as well as a great challenge that calls for plural qualities, aptitudes, know-how and experience blended with several years of commandment».Minister SADI praised the work undertaken during the past three years by the former Governor of the Center region. He said ; Naseri Paul Bea takes over the reigns of an orphaned region, he replaces a highly committed  Civil Administrator in the name of Joseph Otto Wilson who died on October 24,2016.

Before his appointment as Governor on March 13,2017, Naseri Paul Bea has long worked in the Wouri division of the littoral region, where he has registered some positive points. The newlyinstalledGovernorisexpected to closelycollaboratewith the various administrative and local authorities of the Center region in order to pace up development.

Born on February 14,1964 in Kumbe Batongo,Ndian division of the South-West region, Naseri Paul Bea is a pure product of the National Advanced school of Administration and Magistracy(ENAM). Since his outing of ENAM, Naseri Paul Bea has occupied several functions in the territorial administration which he integrated in August 1990. He has occupied respectively the posts of :chief of cabinet in the Governor’s office in the littoral region ; first deputy to the Senior Divisional officer of the Upper Nkam in Bafang ; Divisional officer in the localities of Bandja in the West region and Bangem in the South-West region ;Senior Divisional officer of Donga-Mantung in Nkambe, Lom-and-Djerem division in Bertoua, Diamaré division in Maroua, Menoua division in Dschang and of the Wouri division in Douala.