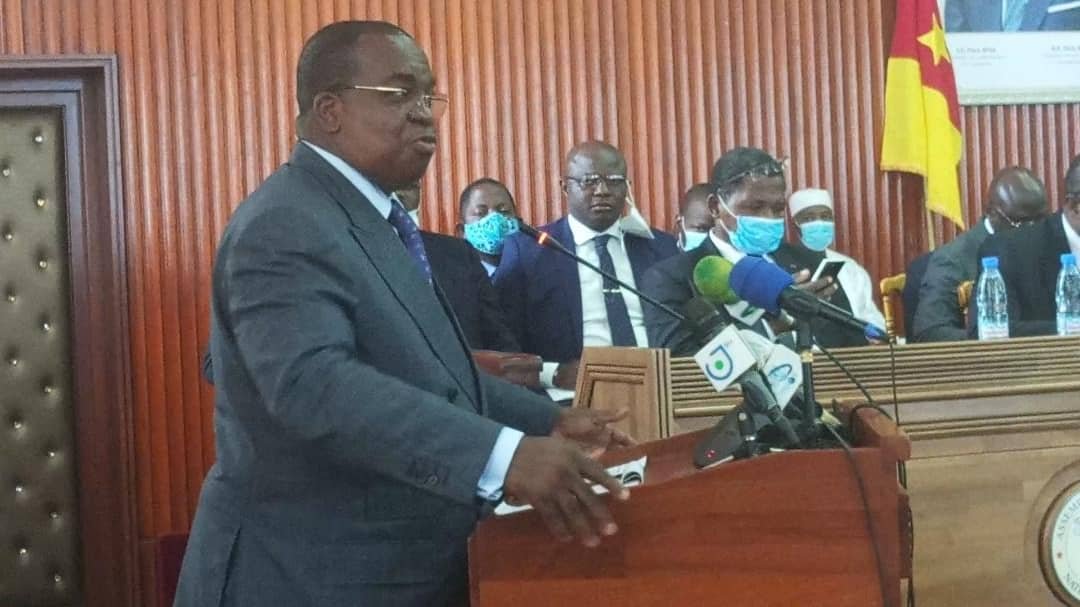 The 17-page document was presented to Members of parliament on July 5, 2022, by Finance Minister, Louis Paul Motaze.

As part of activities that feature on the agenda of the June 0rdinary session of parliament is the official presentation to members of parliament of the Budgetary Programming Document which opens the floor to the budget orientation debate.

The Economic and Budgetary Programming Document in question presents the macroeconomic context and the guidelines of the state’s budgetary policy for the 2023-2025, three-year period, and that gives room to finance bills for the 2023 fiscal year.

In his address, Louis Paul Motaze, the Finance Minister indicated that: the budgetary Orientation debate is a step introduced into the budgetary process by the law of 11 July 2018 in order to strengthen parliament’s power of control over public finances, at the same time as the involvement of the whole government in preparation of the state budget.

He added that: “For the parliament, it is a question of ensuring the efficient organization of debates in committee and in plenary, by directing the discussions on strategic questions of general interest, while avoiding debates relating to the location and allocation of resources to micro-projects…”

As outlined by the Minister of Finance, key priorities are:

– the finalization and commissioning of major first-generation projects,
– the continued implementation of the import substitution policy and the promotion of economic patriotism
– the acceleration of the decentralization process through the continued establishment of the regions and the local civil service amongst others
– the gradual reduction in the stock of domestic debt
– the implementation of the Initial Impulse Programme (P21) which identifies a certain number of industrial projects triggering the structural transformation of economic patriotism, while mobilizing innovative financing mechanisms

During the session that gave root to the official presentation of the said document, MPs of the opposition parties blocked discussions. They protested angrily and asked for the postponement of the debate which to them had been filled by some irregularities noticed while the document was deposited.

SDF’s Joshua Osih, CPNR’s Cabral Libi, and CDU’s Koupit Adamou alongside their parties’ comrade more decried the late deposit of the document by the government. They decried the fact that the document which arrived at the national assembly in the morning and was brought forward for debate was not reviewed by them days ahead. The Parliamentarians argued according to their standing orders, they say the document was supposed to be deposited on or before June 30, 2022, for proper scrutiny.

Work resumed hours later after a vote called on by House Speaker while MPs from opposition parties moved out of the plenary hall.

The Minister of Finance, Louis Paul Motaze presented the 2023-2025 medium-term and budgetary programming document to the CPDM members of parliament present and who later adopted the document without any questions put at the forefront.

Ahead of the plenary sitting, the EBPD was adopted in the morning at the chairmen’s conference presided over by the Speaker, Right Honourable, Cavaye Yeguie Djibril.