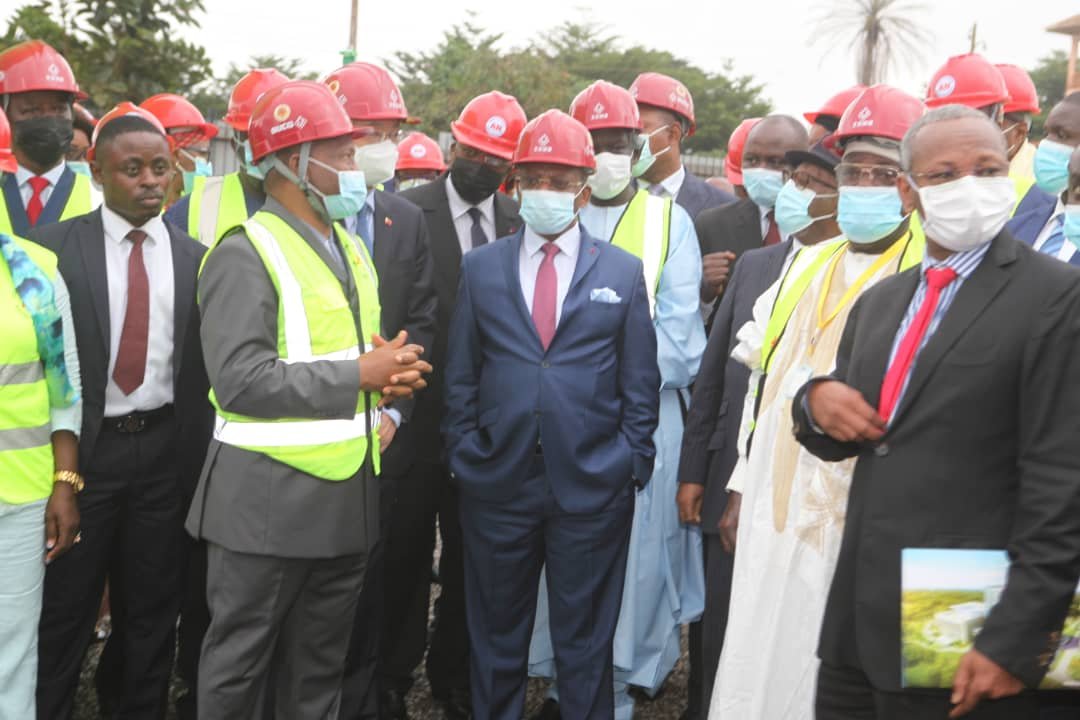 Prime Minister, Head of government, Chief Dr. Joseph Dion Ngute alongside the President of the National Assembly, China’s Ambassador, Ministers, and parliamentarians on Monday, July 4, 2022, made an inspection visit to the construction of the national assembly complex.

Monday, July 4, 2022, appeared as a busy day for the Prime Minister, Head of government, Chief Dr. Joseph Dion Ngute, the President of the National Assembly, Right Honorable Cavaye Yeguie Djibril, H.E. Wang Ying, China’s Ambassador to Cameroon and other government officials who took part in touring the construction site of the national assembly.

Honorable Datouo Theodore, Deputy Speaker and chairman of the follow-up committee in charge of the construction project while guiding the Head of government, the Speaker of the lower house of parliament, the Chinese Ambassador and other officials, said ongoing construction works are at 60 percent for completion. Hon. Datouo Theodore said the works launched on the 12th of December 2019, will be completed hopefully by May 2024.

The second phase of the visit took the delegation to the almost finished future 400-seater capacity Hemicycle (Plenary Hall), where, Right Honorable, Speaker of the national assembly and the Prime Minister, Head of Government received further information concerning the state of evolution of the project. This phase was followed by the signing of the protocol accord by the Rt. Hon. Speaker and the Prime Minister.

As indicated by the national assembly, the 54.5 Billion CFA Francs project executed by the Beijing Urban construction group, BUCG will see in the months ahead: a 400 seats capacity plenary hall equipped and another 100 seats plenary hall; a 14 story building administrative building; the conversion of the former plenary hall into a parliamentary museum; 2000m2 parliamentary archive room; a six-story building for offices of members of the National Assembly and the connection of roads and other amenities.