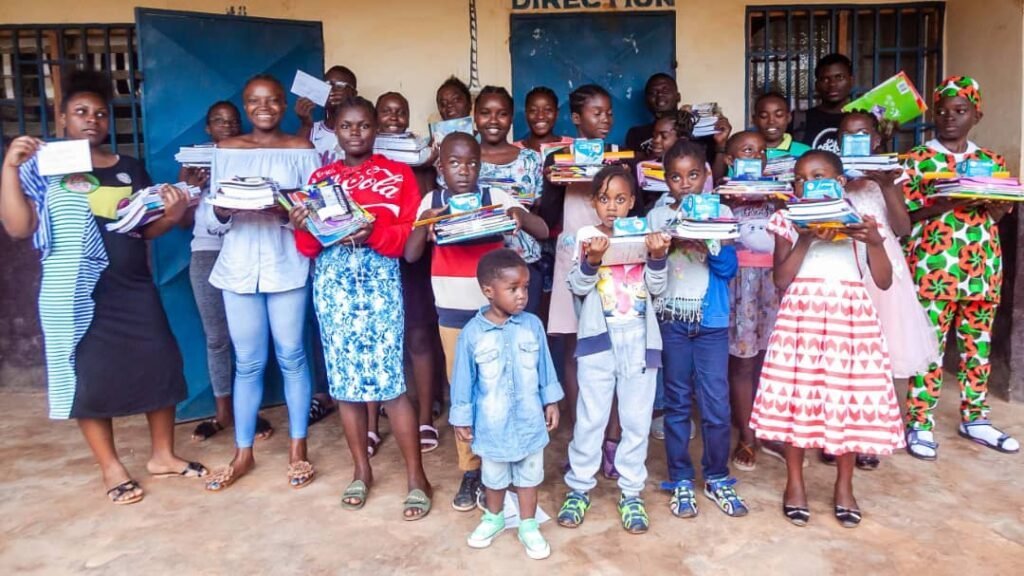 The non-governmental organization known as SEKTEURA handed over on October 4, 2020 series of school kits to needy children and students living in the Yaounde V sub-division in Cameroon. The set of kits granted enters within the framework of the 4th edition of the Réalengo Prize.

To mark this 2020 edition that took place a day before the official launch of the 2020/2021 back to school in Cameroon, representatives of the association SEKTEURA have gathered children, pupils, students and families in a solemn ceremony that was praised by the beneficiaries and other officials invited.

As representatives, Clovis Kamto and Jean Marc Noubissi while chairing the ceremony unveiled in the first place the main objective of this fruitful project created on December 2018 in Germany by Cameroonian born Leopold Fanguem.

Tackling poverty in a sustainable way thereby granting to children from underprivileged households the opportunity to have a better future through education is the raison d’etre of this initiative.

Jean Marc Noubissi in his key address made a balance sheet of activities carried out by the NGO during the period of 2019/2020. According to this balance sheet, aspects such as: the endowment of wardrobes in nursery schools, the funding of a student’s sewing apprenticeship within the micro-project dubbed: “Projet Vacance”, offering breakfast to all children of the primary school during classes and granting lessons’ rehearsals to the needy were highlighted. 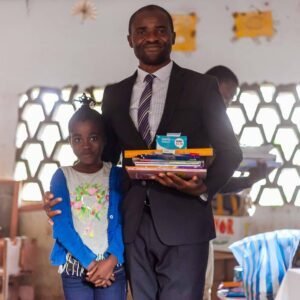 The occasion was once more seized to throw more light on the various criteria that make up the Réalengo Prize. It had been underscored that a Primary grade of 15/20 or grade “A” is considered for a reward.

As concerns students of secondary schools, they are expected to bridge up to have a 12/20 and in the same way, they have to pass an official exam notwithstanding the criteria linked to residence in the various neighborhoods targeted.

“We reward best students every year, we organize refresher courses for needy pupils and students. We provide breakfast everyday to primary school children, we organize health awareness campaigns and open discussions with parents.” Said the organizers.

Consistent packages made up of books, textbooks and other didactic materials were given to pupils of the primary school and students of the secondary level.

Young Manga stephane who had the CEP exam in the francophone sub system of education was handed over a school uniform worth 10.000CFA francs. 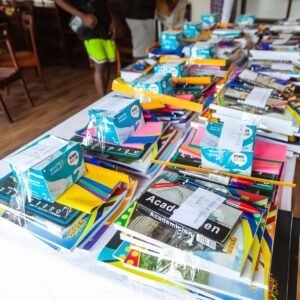 While other students like Claire Nwaha, Moutcheu Tchanda, Tchamtchie Manuella and Mawabo Layana who succeeded in BEPC examination still part of the francophone sub system of education were each granted envelops worth 13.000CFA francs. Kakanou Jordan who suceeded in the Bccalauraet examination had an envelop of 50.000CFA francs representing his annual university’s fees.

Representatives of SEKTEURA outlined the fact that the criteria were not strictly followed due to the coronavirus which crippled many activities notably the education system.

“Here it must be explained that the first two criteria were not observed this year because of the coronavirus. Next year it won’t be the same.”

Due to the Covid-19 pandemic, this year’s event witnessed some slight changes. The NGO equally focused on granting a minimum package with basic commodities to some households in order to put a smile on their faces

Education being a key player in the development of a human being and a nation has been valued by members of SEKTEURA who intend to stand more than ever beside the needy for a bright future as they underscored.

One of the major motivations of the founding leader of SEKTEURA is that of giving a chance to those who believe in their dreams but are hindered by financial means. Leopold Fanguem believe through this philanthropic acts to wipe the tears of the needy.

Apart from education, the association is engaged in several field of works such as health, labour and the promotion of unity in the country.