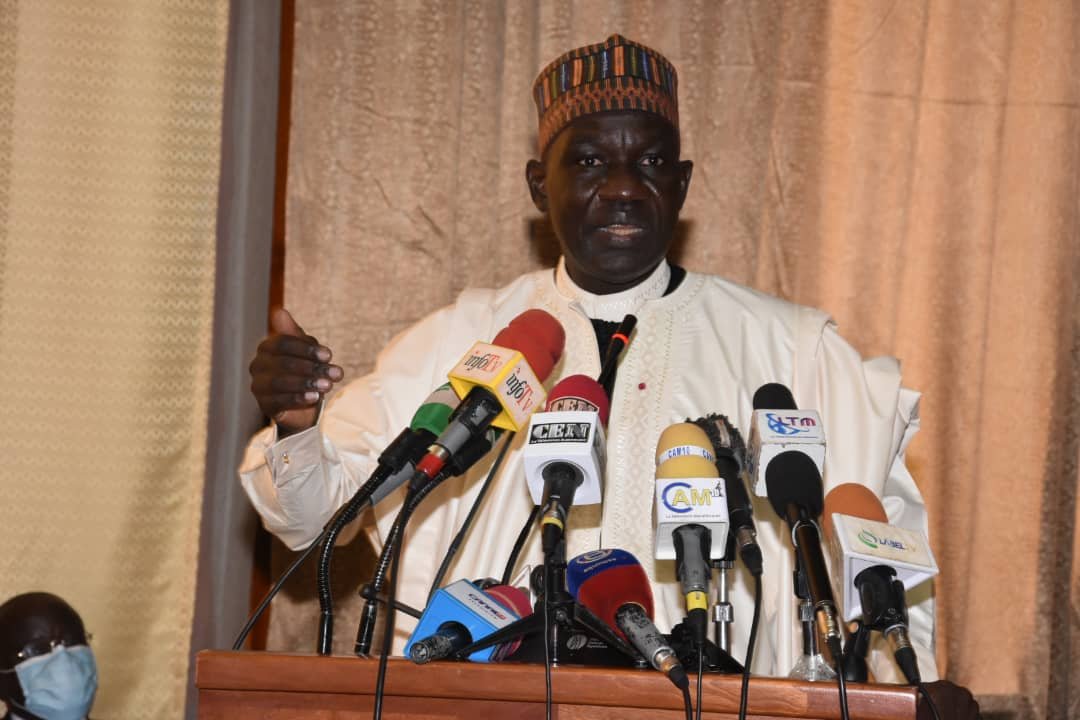 Alamine Ousmane Mey, Minister of economy, planning and regional development during a plenary sitting that took place on Friday 12th of November 2021, outlined the objectives of the 2020-2030 national development strategy, NDS30.

As part of activities marking the just launched November ordinary session of parliament for 2021, Members of parliament attended a special plenary sitting chaired by Honourable Hilarion Etong, Vice-president of the national assembly.

The session was purely dedicated to the NDS30, which markets key structural projects of Cameroon.

Minister Alamine Ousmane Mey was cooked through a series of questions underscored by law makers. In his responses, the minister brought out vital information on the NDS30 which is expected to act as a relief in Cameroon’s economy.

According to MINEPAT Boss, much emphases will be laid on the reinforcement of our agricultural produce, taking into account the different challenges that appear in the sector and the ministry of agricultural and rural development has been assigned for a keen follow up.

Speaking to the press, Minister Alamine Ousmane Mey said: “Haven elaborated this document, it was important to come again to hear from the national assembly. We had the opportunity to present the four pillars of this strategy. The first one is structural transformation of our economy, the second one is promoting human capital and well-being of the population, the third is about work, job, social economy insertion and the last one is about governance, decentralization. We believe after this participative approach, we have a very strong roadmap to move towards becoming an emerging country by 2035. This has happened before and this has happened today in the national assembly and we hope to continue this conversation with different stakeholders so that ownership and appropriation are really established and then implementation will certainly give the results we are all expecting…”

Priority actions of the NDS30 are centred around, transforming the economy by investing in infrastructure projects; developing human capital by promoting sectors such as education and training, health and social security; promoting employment and professional insertion of young people; improving governance and stepping up decentralization efforts by promoting local development, bilingualism, multiculturalism and living together.

Objectives of the NDS30

As stated in the press release of the national assembly, for Cameroon to attain the status of an emerging economy, the various objectives are vital in its national development strategy and goes as follows: