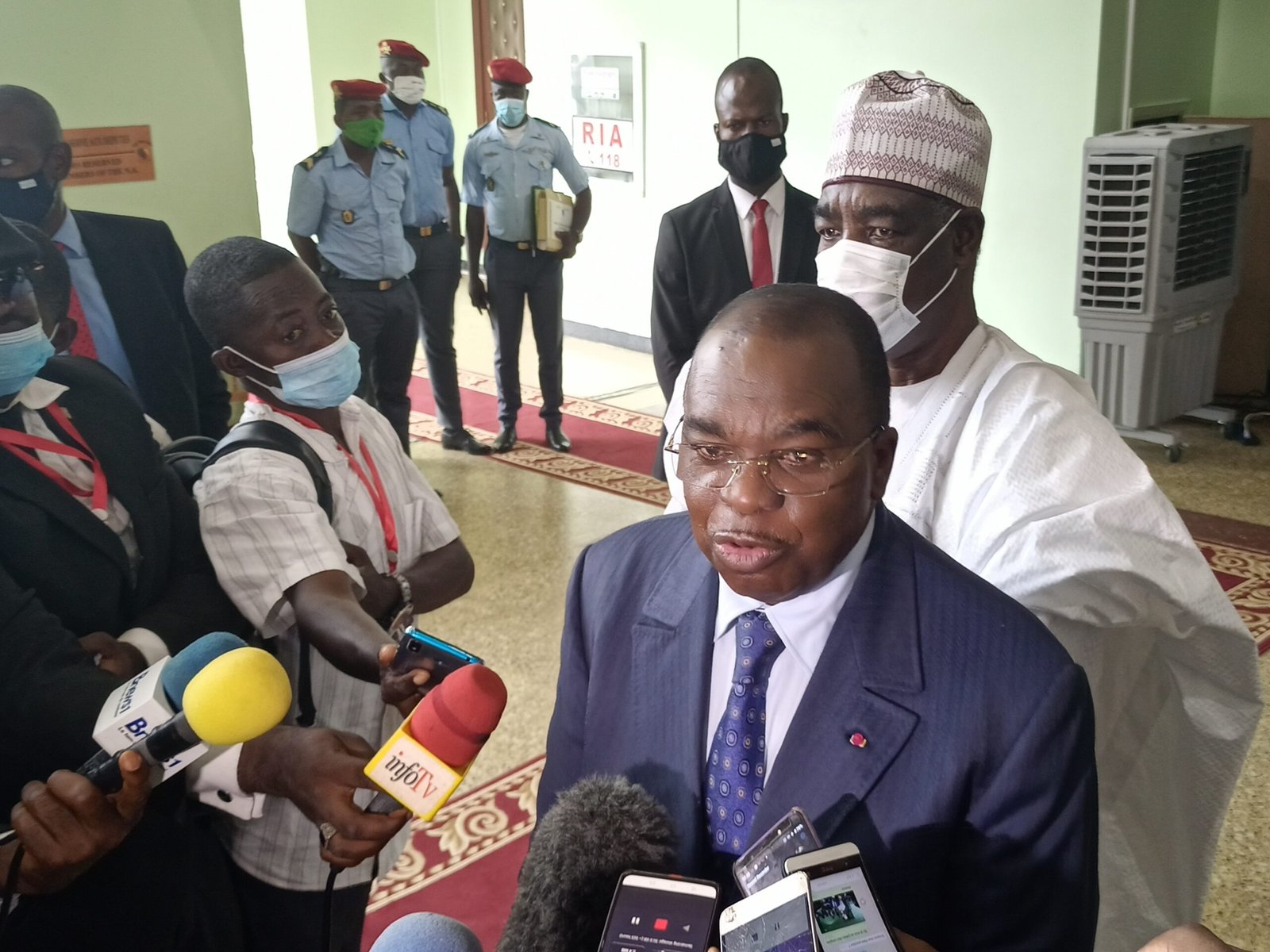 Members of the finance and budget committee alongside those of the foreign affairs’ committee held series of working sessions with government officials on Monday 15th November 2021 in Yaounde as part of day three activities of the ordinary session of parliament.

On Monday 15th November 2021, activities at the national assembly began with the finance and budget committee setting the pace for tight discussions on the upcoming year’s budget. The first step marked by the team of Honourable Rosette Moutymbo Ayayi, president of the finance and budget committee of the national assembly, was the examination of the 2020 settlement bill.

Finance Minister, Louis Paul Motaze while addressing members of the finance and budget committee outlined in the first place the total amount allocated for the 2020 state budget, which stood at 4.409. 047 000.000 FCFA.

Louis Paul Motaze stressed on the fact that 166 programmes were covered with measurable objectives and if good performances were achieved despite the coronavirus health crisis, these were thanks to revenues gotten from the oil and tax sectors.

At the end of discussions with the committee, the minister told media practitioners that despite COVID-19 threats, the 2020 financial year has witnessed some performances.

He said:  “We have noticed that the performances were good because it was at the moment the pandemic arrived in our country and we had a lot of fears. And the execution was quite good because all the goals were reached and even with the resources, we got more than expected, meaning that our performance went to a certain, let us say 104 percent. The difficulties are still there and we are looking forward at the future and when we will be back here, we shall focus on the 2022 budget…”

As discussions unfold at the tight November ordinary session of parliament, the team of Rosette Moutymbo Ayayi, finance minister and all the General Managers of his department are on hard duty for the 2022 budget to be defended and adopted.

One of these various bills examined is that of the bill to authorize the President of the Republic to proceed with Cameroon’s accession to the Agreement on the Establishment of the International Network for Bamboo and Rattan (INBAR), adopted in Beijing, China on 6 November 1997. The bill was defended by the minister of forestry and wildlife, Jules Doret Ndongo.

The said convention and protocols to be ratified are aimed at promoting, protecting and ensuring equality and equity of Human’s Rights notably for the elderly and people living with disabilities.