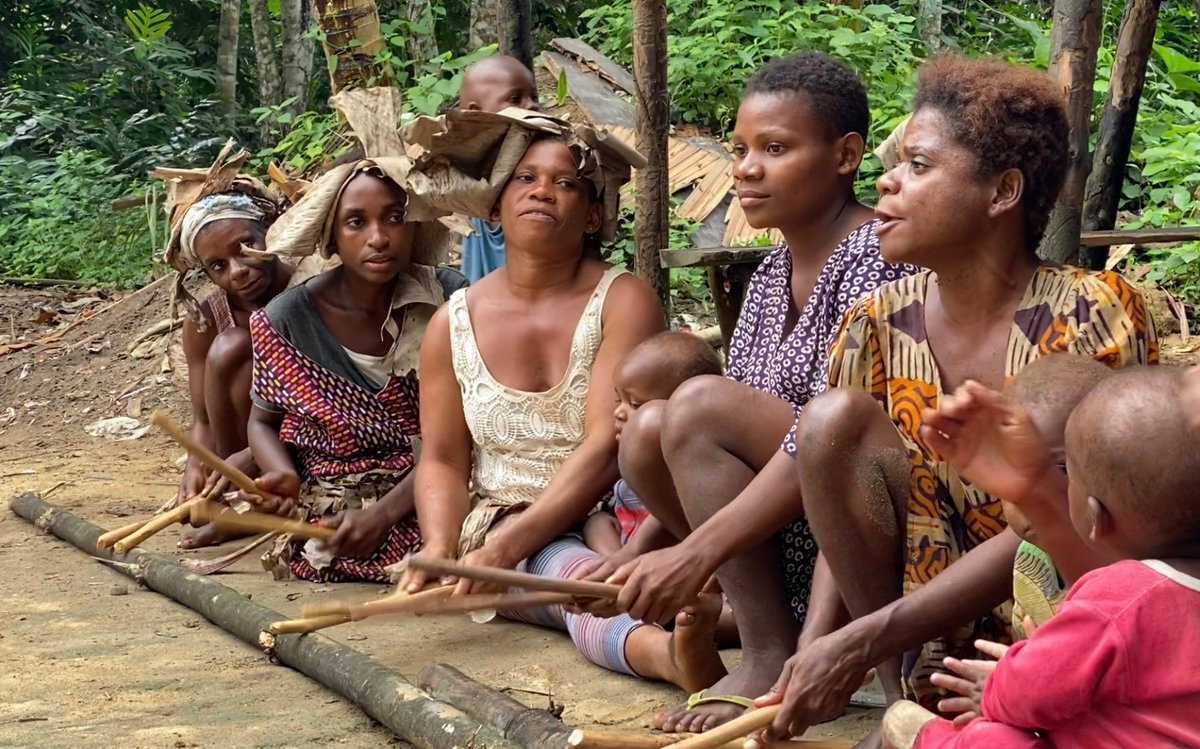 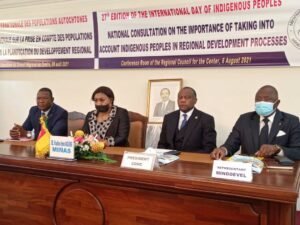 Presidents of regional councils from all ten regions of Cameroon met with the Minister of Social affairs on Friday, August 6, 2021 in Yaounde. The one day meeting as indicated during the ceremony, enters within the framework of weeklong activities marking the 27th edition of the international day of indigenous people to be observed on August 9.

And in accordance with this year’s theme being: “Leaving No one Behind: Indigenous People and the call for a new social contract, the ministry of social affairs has included in its roadmap carrying this celebration, different actors who are important in changing the living conditions of indigenous in Cameroon.

In his address, Jean Claude Sanama Nkono, vice-president of the regional council for the center region of Cameroon has praised the initiative of the ministry of social affairs who thought it wise to implicate regional councillors in this important activity.

While officially opening the exchange meeting with regional councils’ heads, the Minister of social affairs, Pauline Irène Nguene stressed on the fact that no one should be left behind at this moment where the train of emergence takes-off in all regions.

“Do not leave anyone behind especially the most vulnerable groups and communities who need our support and actions in order to protect and promote their rights. Leave no one behind especially the Baka, the Bakola, the Bagyeli, the bedzan and mbororos, all indigenous people of Cameroon and whom in terms of international Rights, their specific needs are not always taken into account in  many developmental initiatives undertaken at the national level…” She said.

Highly expected contribution of the regional councils in this process has been pointed-out as significant by social affairs’ patroness, Pauline Irène Nguene. 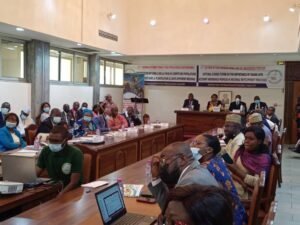 During the debates that followed up, the various organizations and administrations concerned agreed on a series of recommendations. The ministries of regional planning, finance and that of decentralization and local development were tasked in the first place, to express an urgent opinion on the nature of the benchmarks that will have to be considered in the planning, programming and budgeting process of strategic and operational orientation documents at the regional level while considering the obsolete nature of the statistical data contained in some of the said benchmarks existing in this area which were mentioned in the presentation by the Head of the division in charge of Planning and local development in the ministry of decentralization.

The decentralization and local development was equally recommended to envisage the holding nationwide of capacity building workshops on the methodological guide for the preparation of Regional Development Plans and on other important related aspects. 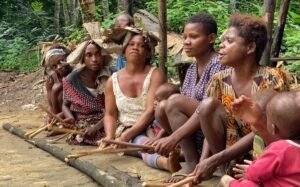 As concerns the host ministry, it was agreed that officials will clarify or at least define precisely the objectives and expectations of the ministry of social affairs, with regard to the strategic orientations that the regional development plans will have to take for the effective consideration of the specific needs of socially vulnerable groups in general and indigenous people specifically. The ministry of social affairs was equally recommended to mobilize both heads of central and decentralized services of its department, in order to support regional councils in the preparation of their regional development plans.

Added to the aforementioned recommendations, participants notably the regional councillors were called on to take into account the disparity of the Regions, in particular with regard to its potentialities and constraints, in the formulation by the ministry of social affairs of the expectations and objectives assigned to the regional councils with a view to the effective integration of the specific needs of socially vulnerable groups and indigenous people in particular.

Worthy to note, the theme chosen at the global level by the United Nations Permanent Forum on Indigenous Issues is “Leaving No One Behind: Indigenous Peoples and the Call for a New Social Contract”. Through the choice of this theme, experts of the United Nations permanent forum on indigenous issues wish to reiterate the appeal launched to the States Parties for the international consensus of the leaders of one hundred and ninety-three (193) countries including Cameroon, who subscribed in September 2015 to the adoption of the 2030 agenda for the implementation of the Sustainable Development Goals (SDGs) intended to leave no one behind by eradicating poverty, protecting the planet, promoting peace, social cohesion and living together.

Ahead of the celebration of the international day of indigenous people, it should be recalled that, in thirteen years of celebrating the said commemorative day, Cameroon has made its voice heard through a set of activities developed around the themes proposed by the permanent forum on indigenous issues of the United Nations Economic and Social Council.