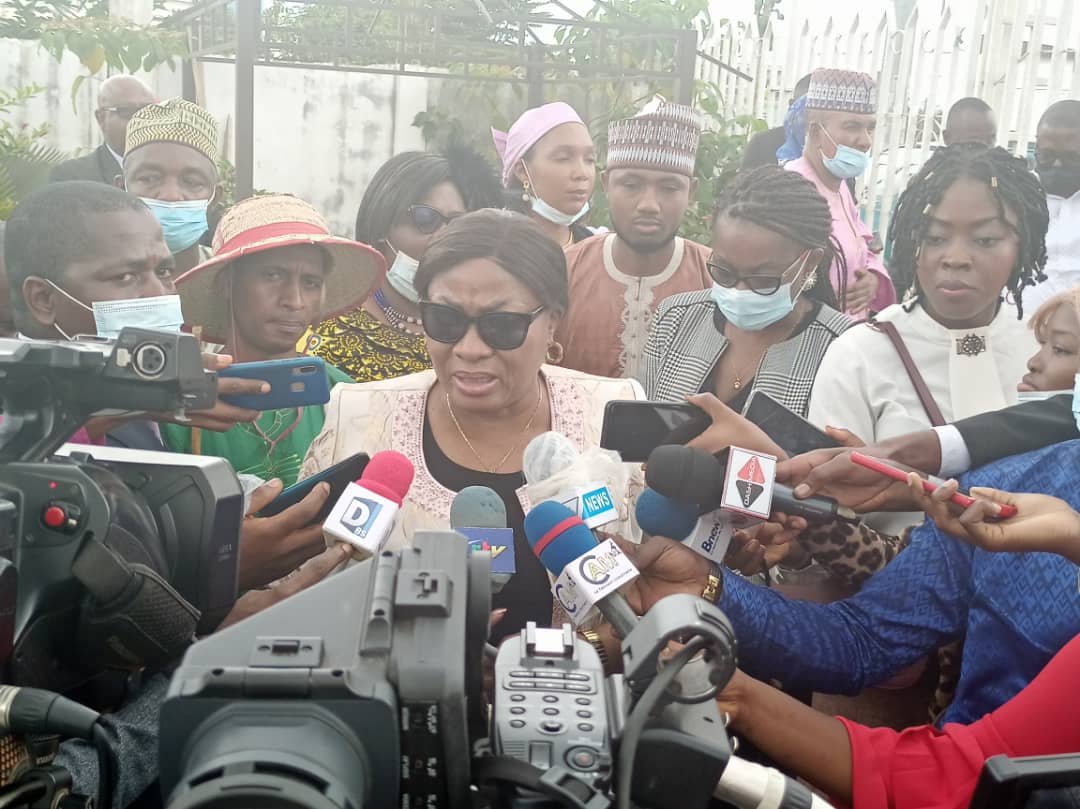 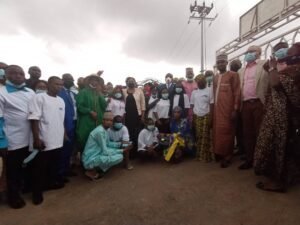 Pauline Irène Nguene, Minister of social affairs in Cameroon was speaking on Monday, August 9, 2021, in Yaounde during the official ceremony to mark the 27th edition of the international day of indigenous people under the theme: « Leave no one behind: Indigenous Peoples and the call for a new social contract”.

The official celebration was coupled to a national campaign aimed at advocating for the consolidation of peace and the promotion of living together and inter-community dialogue. The caravan is led by the young mbororos and Baka people in the campaign which is one of this year’s innovative aspect put in place by the ministry of social affairs.

The event held in the conference hall of hotel GFAC in the Ngoa-Ekele neighbourhood of Yaounde was another opportunity granted to leaders of associations and organizations of the Mbororos, Baka, Bagyeli and Bakola communities.

National President of the association Mboscuda, Adamou Amadou says they have for the past years suffered from stigmatization and discrimination because of their lifestyle. 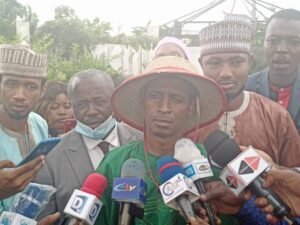 He said: “We have farmer Grazers’ conflicts but we have also climate change which reduces a lot of our pastoral areas, added to that there is insecurity in the bushes. Many industries are destroying the forests and destroying the lifestyle of indigenous people.”

As indicated by the Minister of social affairs, the theme chosen at the global level is out to remind us about the commitment of states, including Cameroon, to implement the 2030 Agenda on sustainable development, which focuses on 17 Sustainable Development Goals (SDGs), with the ambition of eradicating poverty, fostering peaceful societies and preserving the planet for future generations.

In her key address, the Minister said the various leaders chosen to lead the advocacy campaign are up to task and many are expected from them in terms of positive results. 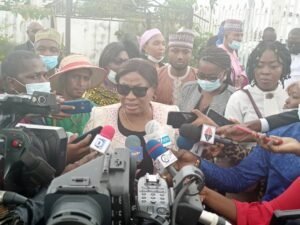 “Dear young mbororos, bakas, bakolas and bagyelis. We have chosen you because you are already leading with great satisfaction campaigns to promote the rights of the child or to prevent Covid-19 in your respective municipalities. We are convinced that with the technical tools you will receive during this workshop, you will be able to meet the challenge of inter-community mobilization around the ideals of peace, harmony and national unity. I therefore invite you to show seriousness, dynamism, civility and patriotic commitment for the success of the said campaign.” She said.

Indigenous people need consideration and respect and their voices should be fully heard as underscored by Social affairs’ Boss and other key actors who took part in the activities. Pauline Irène Nguene stressed on the fact that her message was addressed to all Cameroonians and not only to a category of persons.

She said: “This message is also addressed to ordinary Cameroonians, whom we invite to change their outlook and attitude towards indigenous groups who deserve more consideration and respect.

To you indigenous peoples, be assured of the commitment of the government in all its sectors under the very high impetus of the Head of State to guarantee the exercise and enjoyment of your human rights. I encourage you to continue to mobilize and organize yourself to take charge of your own destiny.”

Besides the numerous initiatives already undertaken by the government to protect and promote the rights of indigenous people, there is a vital advocacy instrument put in place, which is the National Indigenous Peoples’ Development Plan.

The vision of the said plan according to social affairs’ ministry is to see, by 2025, Indigenous Peoples enjoy their fundamental rights, have access to basic social services and actively participate in the development of Cameroon through the pooling of resources from the State and technical partners and financial institutions in an environment of peace and social cohesion. In essence, the Indigenous Peoples Development Plan appears to be the instrument par excellence for ensuring that these populations are taken into account at all levels of development in our country.

In Cameroon, activities marking the day which is in its 13th year of celebration took place nationwide after weeklong activities launched on the 3rd of August 2021.