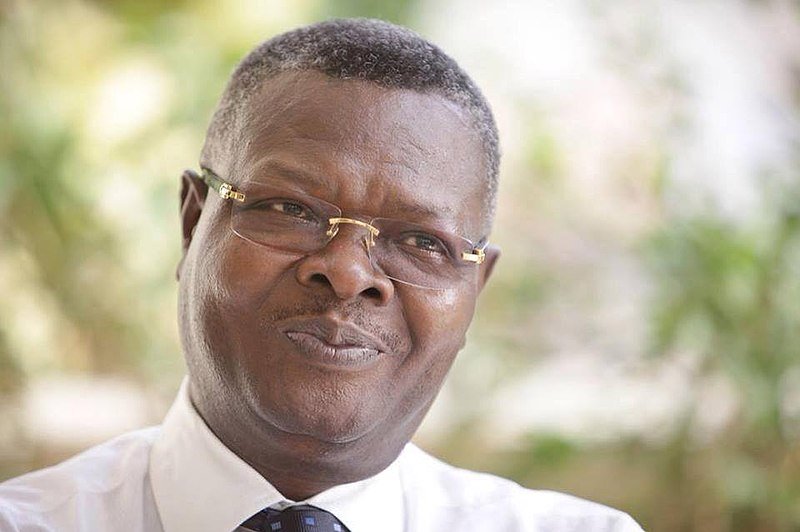 Gabriel Messan Agbeyome Kodjo, former Prime Minister, former President of the National Assembly, Member of Parliament, and by the way President of the Patriotic Movement for Democracy and Development (MPDD) of the Republic of Togo has seen his rights restored by the ECOWAS court of justice after been arbitrarily arrested on April 21, 2020.

The footage of the politician’s arrest which looked more like a kidnapping than a legal action sparked debates years ago.

Gabriel Messan Agbeyome Kodjo, an opposition candidate who was attributed a win at the end of the Togolese presidential election of February 22, 2020, by a certain opinion was later on arrested in his residence. Though he offered no resistance to his arrest, the politician was brutalized and humiliated. Circumstances surrounding his arrest did not obey to any legal procedure even the least ones as the police carried out the arrest without notifying the suspect of the reasons why he is being accused as required by any serious legal procedure. Mr. Messan Agbeyome Kodjo was purely and simply arrested and taken to the premises of the gendarmerie.

Was the Former PM victim of any grudge?

The behavior of the police who did not want to give any explanation for the arrest of the politician gives the impression that they were just executing some orders. Even during his hearing which began around 10 a.m. on April 21, 2020, it was only by 3:15 p.m. that the investigators notified him of the reasons for his arrest. By failing to notify him of the charges against him immediately after his « abduction » from his home, the investigators failed to fulfill a constitutional formality that makes his arrest arbitrary and therefore his detention on the premises of the investigators illegal.

After a hastily filed judicial investigation, he will be charged with aggravated disturbance of public order, dissemination of false news, and attack on state security. It should be noted that on April 24, 2020, he was charged and placed under judicial supervision with the following conditions: the obligation to comply with the various summonses as soon as required; a prohibition to leave Togo without express authorization; a ban on making any statement calling into question the results of the presidential election of February 22, 2020; prohibition of all remarks, declarations, or attitudes tending to call into question the existing constitutional order.

Finding himself deprived of any freedom of expression about one of the major facts of Togolese politics as a citizen and politician engaged in all legitimacy in the struggle for the conquest of power, Gabriel Messan Agbeyome Kodjo introduced a request for violation of human rights by the State of Togo to the ECOWAS Court of Justice on June 08, 2020.

After two years marked by public hearings, the Togolese State has been condemned by the ECOWAS Court of Justice.

ECOWAS Court of Justice clears out the Togolese State’s Injustice

After listening to the different parties, the ECOWAS community court decided that the Togolese government « violated the right to freedom and security of the former Prime Minister, guaranteed by articles 6, in a fine of the African Charter of human rights, 9(2) of the ICCPR and 9 of the UDHR. The Court also demonstrated that the Respondent (Togo), “through its agents, violated the rights of the Applicant (Gabriel Messan Agbeyome Kodjo), to freedom of opinion and security”.

This is why it mentions that the State of Togo has been condemned for arbitrary and illegal arrest and detention; for violation of the right to freedom of expression. This gives his victim, here Gabriel Messan Agbeyome Kodjo, the right to reparation by the principle of international law which stipulates that « any person who is the victim of a violation of his human rights has the right to fair and equitable reparation ». 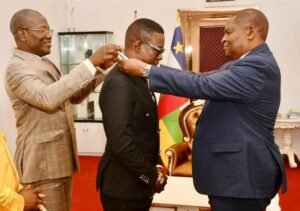