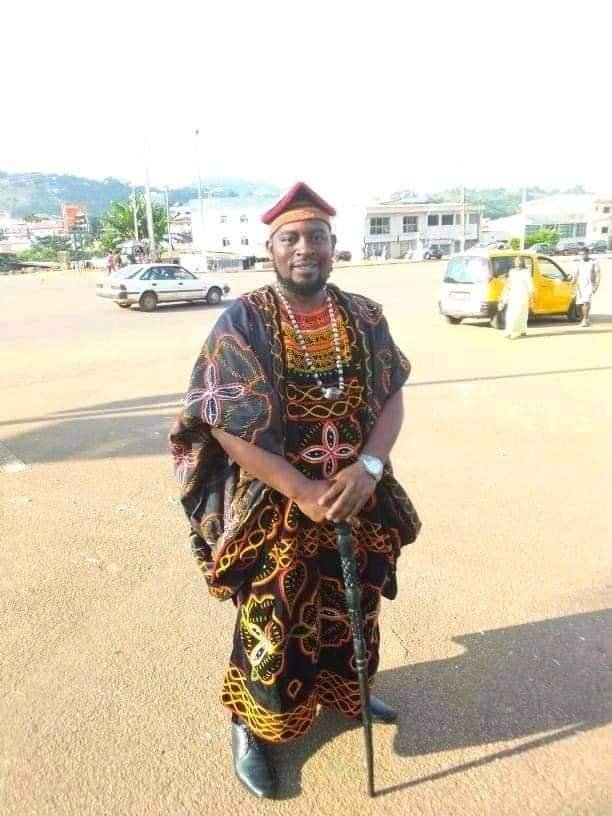 Louvier Kindo Tombe, Journalist, Publisher of the bilingual online media, News Upfront has received the award of Best Blogger of the Year at the 2021 edition of the Victoria International Media Merit Award (VIIMMA).

Journalist, Publisher of the online news media, News Upfront has been distinguished as 2021 Best Blogger in Cameroon by VIIMMA during a ceremony held on Friday, December 10, 2021 in Limbe, Fako Division of the South West region of Cameroon.

Reacting shortly after receiving the award, Louvier Kindo Tombe, could not hide his feelings. To him, this award is special and crowns several years of tireless efforts.

« The joy is just too much, in short today is a special day in my profession as a journalist/blogger. This is the first ever national, international award that I am receiving. I have worked as an audiovisual journalist for over 13 years but only received an award as a blogger less than two years into it. » Louvier Kindo said.

The VIIMMA 2021 Blogger of the Year started blogging in 2014 when he created his first blog, but later abandoned it to pursue his career as radio journalist.

In March 2020, he created News Upfront with a team of young reporters in Yaounde and Bamenda and their intention was to break beyond the breaking news.

« We at News Upfront, we try to see far beyond the breaking news, we strongly believe that there is news behind what is seen as news. » He added.

With a total of 25 awards, this fourth edition of the VIIMMA AWARDS focused on promoting Social cohesion, culture, tourism and communication.

A five-man jury headed by ace journalist and human rights’ expert, Franklin Kiven, was put in place to evaluate nominees in the media category after submission of their best five articles and reports.

The committee was composed of some astute journalists such as Comfort Musa, Ayang Mac Donald, Larry Esong, Ebane Slessor and Nfor Hanson.