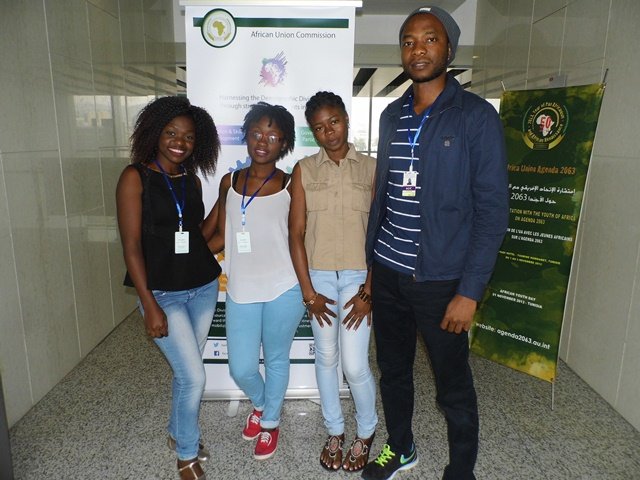 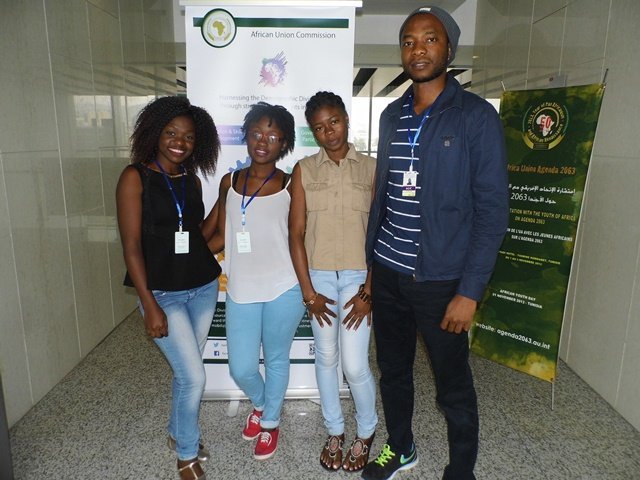 Youths from different nations are taking part in the 28th AU summit of Heads of state and government as well as in numerous side events thanks to international organisations like the AU and IPPFAR.

They have been taking active part in various side events and activities in line with the 9th African Union (AU) Gender pre-summit held from January 23 to 27, 2017 and the 28th AU summit of Heads of state and government holding on January 30-31, 2017 in Ethiopia’s Addis Ababa. These summits are offering opportunities to youths present in order to upgrade their skills and knowledge on policies and instruments put in place by their governments aimed at favouring them but also gives them the occasion to speak out, express themselves with regard to problems affecting their daily living. The young people notably the young girls, conscient of problems affecting them in their society have expressed themselves in a meeting held by the Forum of African Parliamentarians on Population and Development (FPA) alongside the International Planned Parenhood Federation African Region (IPPFAR), the UNFPA and Japan Trust Fund. These youths mostly active members of Youth Action Movements (YAM) in their countries, through the coordination of Member Associations of the International Planned Parenthood Federation Africa Regional office, have seized the occasion to call on legislators to look into their problems and defend bills in parliament that will favour their socio-economic development. The 2017 AU’s theme adopted for the summit and various sessions being : « Harnessing the demographic dividend through investments in the youth » is well chosen but for them has to be practical. Much investments must be felt on the youth of the continent especially as concerns employment and entrepreneurship, education and health.

« Parliamentarians have to move on the field, exchange with us, they have to accompany us in our daily activities such as sensitisations of other youths and communities on Sexual Reproductive Health and Rights issues. We need a honest demographic dividend and investment on young people » ; says Grace Banda, volunteer in the YAM of the Planned Parenthood Association of Zambia. She like other youths say they are facing quite a good number of problems such as unemployment, self-entreneurship, education, early marriages just to outline these few. Michelle Phiri, 19 from Malawi says many youths in her country are misinformed. « They feel as their tomorrow is when their parents resign from their offices, they do not know the power of the mind. There is so much hidden potentials in most of the youths in Malawi. With interventions that I had in Zomba, one rural area of my country, most of the teenage girls are married because of poverty or simply because they were forced to do so by their parents ». As a youth, she has been empowering her mates and young people on SRHR. She believes youths have the future of the continent. « Everything is possible in life for those who believe » ; she says.
Alvin Odinukwe, member of the Afican Union Youth Volunteer corps (AUYC) and of the « Knowledge sharing campaign » openly told us that he is among those youths trained to empower others, he is focused on gender issues in abid to increase the participation of women in terms of quality eduction. To his own point of view, youths need to be orientated. He says ; « In Nigeria, there are alot of policies for young people. Some are yielding good results but I think there should be harmonisation of all these policies due to the fact that we do not exactly know what are their aims, there are conflicting roles. Secondly young people want to set up their own businesses but lack sufficient means for start ups, and eventhough there are funds, youths need mentorship and skills development. If these entrepreneurship projects work and are sucessful, employment will be given to young people, skills development and acquisition will be put into consideration. We will now be shifting from traditional methods of production to value added production ». On her part, Adeline Melome from Chad’s YAM says young people, young girls in her country are facing several sexual reproductive health issues, they do not have a guaranteed education and there is a high percentage of early marriages. She is committed to the empowerment of young people like her. She works since four years with the YAM to sensitize young girls and families on early mariages, contraceptive methods and to instill harmony among youths of her environment.
Youths have expressed their potentials once more in the various meetings holding in Addis Ababa and are expecting much from their governments as their commitment has also been expressed at continental level through various policy frameworks including the African Youth Charter and its subsequent Decade Plan of Action that pave the way to the realization of the AU’s Agenda 2063.