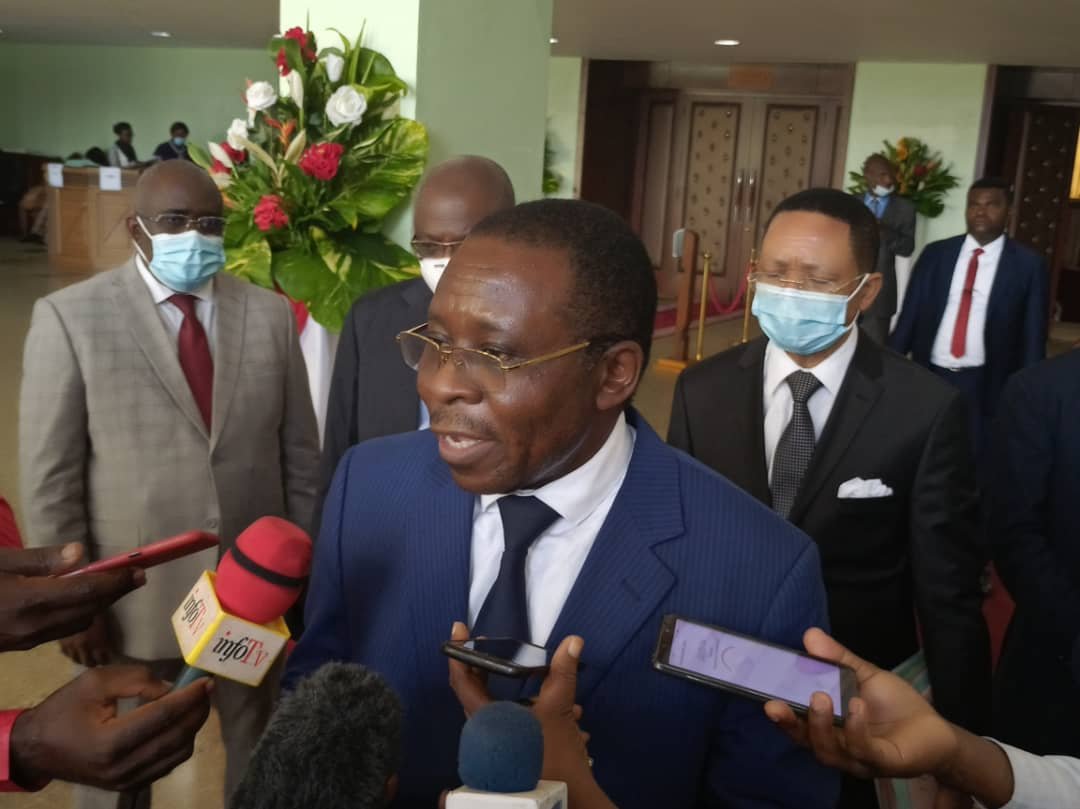 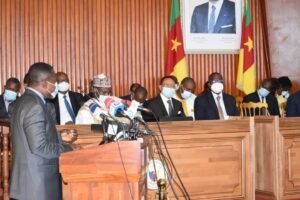 Essentially dedicated to the problems of access to potable water and electricity in all the ten regions of Cameroon, the plenary sitting held on Monday, June 28, 2021 in the house chamber of the national assembly was an opportunity for Minister Gaston Eloundou Essomba to give explanations to members of parliament. 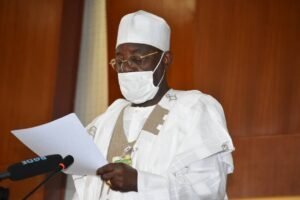 He said, on these two essential aspects of life rely, the standard of living, the health and hygienic conditions of people, just as for electricity which impacts on the daily economy of people and the development of our country. The Speaker of the national assembly appealed for a lasting solutions with regards to constant cries from the population. 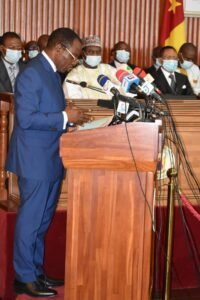 In his presentation, the minister of energy and water resources acknowledged the fact that there are current deficits and which are mostly triggered in general by obsolete poles and outdated equipment. He outlined the fact that, one of the most important works being carried out by government is replacing wooden poles with concrete poles for durability. Moreover, he said ten new transformers are being imported to beef up electricity supply in Cameroon.

The minister said a global amount of 6000 Billion Francs CFA is needed in order to curb power supply deficits nationwide. 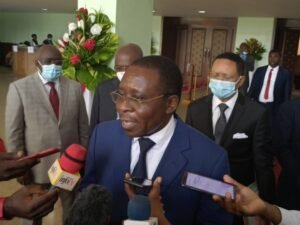 Gaston Eloundou Essomba said: “To succeed in electrifying all of the 9,000 localities in our country which are not yet, it would be necessary, on the basis of studies carried out by local MINEE teams, for the State to be able to mobilize an amount of approximately 874 billion Francs CFA distributed as follows: North region: 267 billion; Centre region: 104 billion; Adamawa: 101 billion; South: 95 billion; Far North: 90 billion; North-West: 66 billion; East: 66 billion; Littoral region: 50 billion; West: 45 billion and Southwest: 28 billion…”

Gaston Eloundou Essomba who tried by all means to grant explanations to various representatives of the people, was stormed by a series of questions from 30 MPs during the session that lasted for more than 6 hours.

The plight of some people living in remote areas without electricity for several years now was equally exposed by MPs from the North, Far-North and East regions.

The constant shortage of water in some parts of Cameroon which supply some countries in the Central and Western regions of Africa puzzled Honorable Mary Muyali Meboka of the Ndian division, South west region. When asked about the lack of water in the Manyu Division, South West region, Gaston Eloundou reassured.

He said: “The Manyu water station which was down will go back operational this Tuesday June 29, 2021. This will improve the potable water supply situation of the Division.”

The high bills served to populations by Eneo and Camwater despite persistent power cuts and water shortage angered Honorable Tabot Lawson of the Meme constituency just like Honorable Koupit Adamou from the Noun division, who asked to Minister Eloundou Essomba to seek for measures to stop this practice. 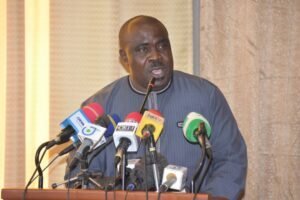 According to some of the MPs who addressed the minister on the rostrum, there are basic solutions to be taken into account by government.

These epileptic situation hampering the political and socio-economic development of the country could be solved at heels by Cameroonians if there is a radical change in their mindset said Honorable Ngalle Daniel Etongo, MP from the Ndian division of the South-West. 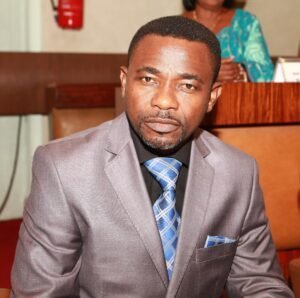 Honorable Ngalle Etongo said: “The Minister said about getting from the timber poles to concrete poles. This is a very recurrent event cutting across the country. But then, I have a problem because there are areas where these poles are not bad, yet they fall down and so you see that it is not the poles by themselves that are a problems but the person who takes care of planting the poles. That’s why while on the rostrum I raised the issue of us been the problem in this whole set up and that our mindsets should be changed. Secondly, everything turns around the individual, the people of Cameroon. When we talk about feasibility studies as per say are not bad for those who know what exactly they are. But when you take Cameroonians who look into feasibility studies as a means of making their money it becomes a problem. These studies more often are carried-out but you don’t get the feedback. In my place, to build an embankment feasibility studies have been carried and nothing has come. And so our problem is us Cameroonians, we should change our mentality and know that we have to serve this country first before ourselves…”

On his part, Kumase Simon Powoh, MP from Mezam south of the North-West region castigated the fact that the local content is not sufficiently exploited and used. He believes that, the problems must be solved at the roots through the local training of people and distribution of tasks to competent companies. 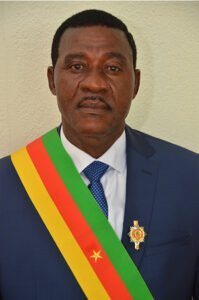 “The local content says that, wherever you arrive somewhere, and even if you don’t have the man power that way, you must look for people on the given territory and train them. This is exactly what is called the local content! But today, we ignore the local content. Look at the bridge in Bonaberi, if you ask if any Cameroonian knows how it was constructed nobody knows…The company has to be subdivided into three: the constructing company, the transporting company and marketing company, all independent. For instance, Eneo can be the installing company and there should be another foreign company to transport the light and then another for marketing, we can solve these problems. But when one man accumulates everything for himself, how do you expect us to have light everywhere? We are talking about one man, you see how everybody is pointing the finger at the minister of energy because everything plus water plus light comes upon to him. Is that possible?”

At the end of the 6 hour session, it was agreed the following as concerns access to electricity and water supply:

-Make the northern regions autonomous in energy supply by completing the construction of the Bini-Warak dam and rehabilitating the Lagdo dam;

-Restore and ensure regular maintenance of the hydroelectric power stations;

-Establish a follow-up and maintenance mechanism of the rural Network in collaboration with operators of the sector;

-Ensure regular and systematic maintenance of the distribution system infrastructure;

-Multiply network extension projects, especially in rural areas where 70% of the rural population (which makes up 60% of the Cameroonian population) live in precarious electrical conditions;

-Renew the electricity transport and distribution network, which is the cause of the numerous power cuts;

-Give priority access to electricity to the populations living around the dams.

-Seriously ensure the quality of wooden poles and establish a plan for their gradual replacement with reinforced concrete iron poles;

-Liberalize the electricity sector and permit other operators to invest in the production, transport and distribution of electricity;

-Identify potential sites for the construction of mini-damns and put in place a strategy for their effective construction and make certain localities autonomous as concerns electricity. 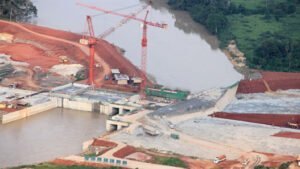 – Optimize access to potable water for rural populations by improving the quality of boreholes and preferring the system of supplying by catchment and constructed streams;

-Raise awareness on hygiene and sanitation to avoid pollution of potable water sources, notably the pouring of pesticides in streams and rivers in order to carry out uncontrolled fishing;

-Strengthen human resources and build their technical capacities in the governance of water-related issues.