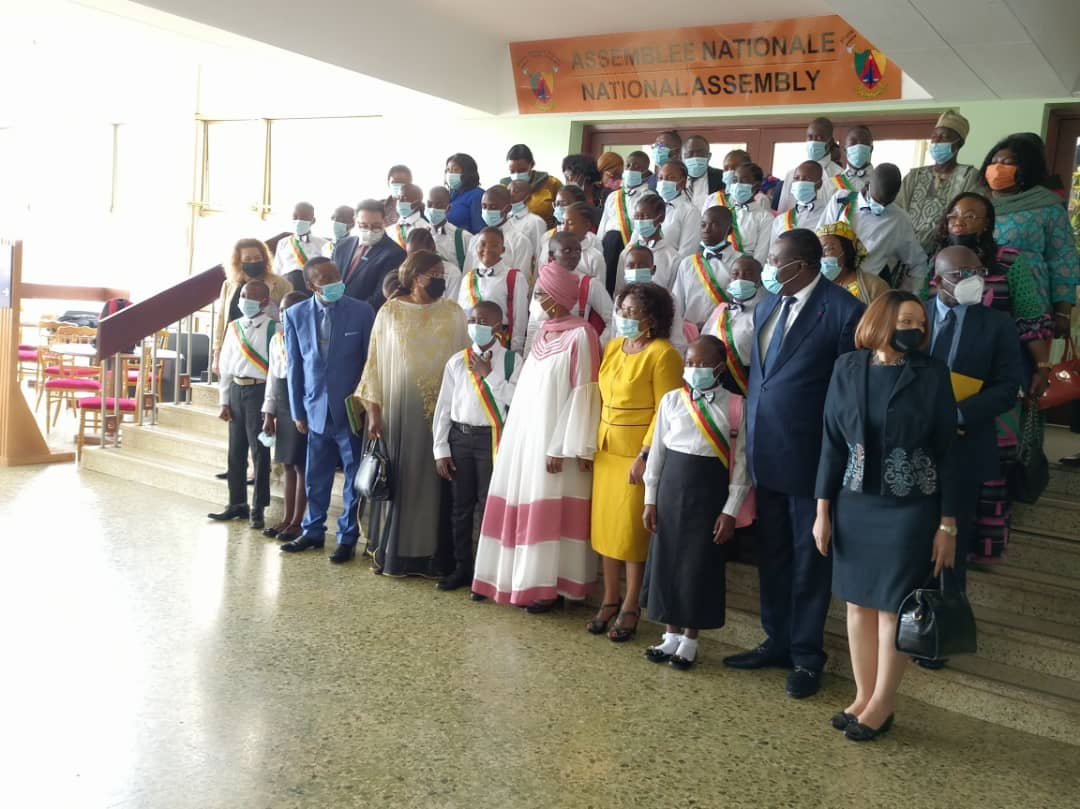 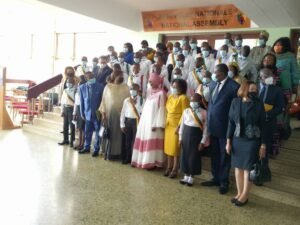 There were in total 30 junior members of parliament from the Centre region who took active part in the 22nd session of the children’s parliament while the rest of 150 MPs attended discussions through visioconference in their respective regional headquarters.

This year’s session placed under the theme: “Fight against juvenile violence: mobilization of children” appeared as a call to alert young people, parents and all stakeholders on the increasing wave of violence that hampers the development our society.

From observation in Cameroon, violence affecting young people has taken a worrisome proportion during the past years marked by the recrudescence of aggression in schools. And the most preoccupying issue is that such scenes often happen infront of young students and completely helpless pedagogic teams, who find themselves mere spectators of these acts of violence.  According to experts of the ministry of social affairs, the victims are not only the other students but the teaching corps and the entire pedagogic team who pay the price as well. Violence in the school environment has several forms of appearance being; students towards teachers, among the students themselves, parents towards teachers and the school institution towards the students.

The occasion was therefore well seized on Saturday, 26th of June 2021 during the 22nd session of the children parliament, to address all these ills plaguing the youth milieu. 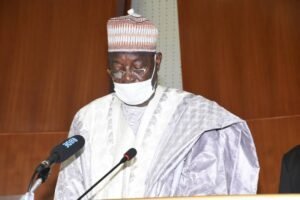 Speaker of the national assembly, Cavaye Yeguie Djibril in his opening remarks said combined efforts should be undertaken address all the problems to which are subjected the children and young people. He said much should be invested on children who are the future of tomorrow.

To the junior MPs, the president of the national assembly told them to be role models of the society and to always reflect positive values in order to honour the country.

Country Representative of UNICEF, Jacques Boyer pointed-out the situation of children in Cameroon and solutions that are needed to heal it. 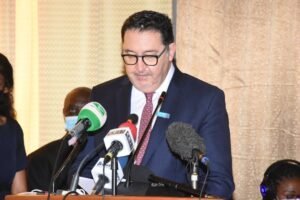 In his address, Jacques Boyer said for instance, that one of the main issues at hands to be tackled is the civil status registry. Many children nationwide have no birth certificates.

He added that, many children nowadays are victims of all types of violence and assaults and this greatly impacts on their wellbeing and future.

And yet as indicated, the 2018 UNICEF report dubbed: “Un visage familier: la violence dans la vie des enfants et des adolescents”, states that children are victims of violence at every age and in any context. Ninety percent (90%) of adolescents who have been forced into having sexual relationships declared that the author of the first incident was either a friend or a classmate.

Social affairs Minister, Pauline Irène Nguéné while addressing all the 180 MPs both in the house chamber of the national assembly and others following the session online, recalled the “raison d’etre” of the cometogether which enters within the framework of activities marking the 31st edition of the African child day. 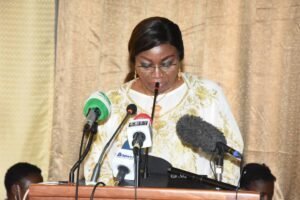 Mrs Nguené stressed on the various forms of violence observed routinely in youth spaces, households and the society in general.

“We should note that there are various causes of violence, ranging from interpersonal conflicts, the reproduction of behaviour learned in the family and in society, the resignation of parents as concerns the education of children, the laxity of some teachers, the absence of dialogue within some corporations, including the family, the absence of legal principles in educational practices, etc.” She said.

The children’s parliament which gives root to young people to address government members on burning issues affecting their daily lives is also an ideal occasion to answer to their numerous queries and advocate more for the rights of children. 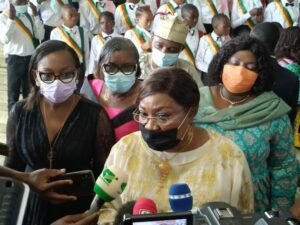 Conscient of their role, the junior MPS have called on government to tackle violence in the youth milieu. These young MPs asked questions to the ministers of basic education, secondary education, energy and water resources, women’s empowerment and the family, higher education etc. 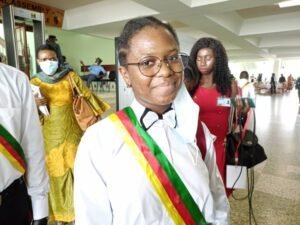 14 year old Neila Mohammadou, junior MP for the Mfoundi division in the center region says young people like her are at times facing stress in school because they don’t really know what can happen to them. She said shools are no more safe as it was in the past.

« We also have the problem of insecurity in the school milieu and we therefore call on government to act. » She said.

As underscored by the patroness of social affairs, Pauline Irène Nguéné, juvenile violence is a clear violation of human rights that should be fought with the utmost energy as the future of the country and its credibility at national and international level are at stake.

The session closed up with recommendations based on: the strengthening of the legal framework for the protection of children against violence; the strengthening of family and institutional mechanisms that take care of childhood; the strengthening of sensitization strategies of youths to the responsible use of social media and by the way the systematic and obligatory birth registration of each child at birth just to name these few.