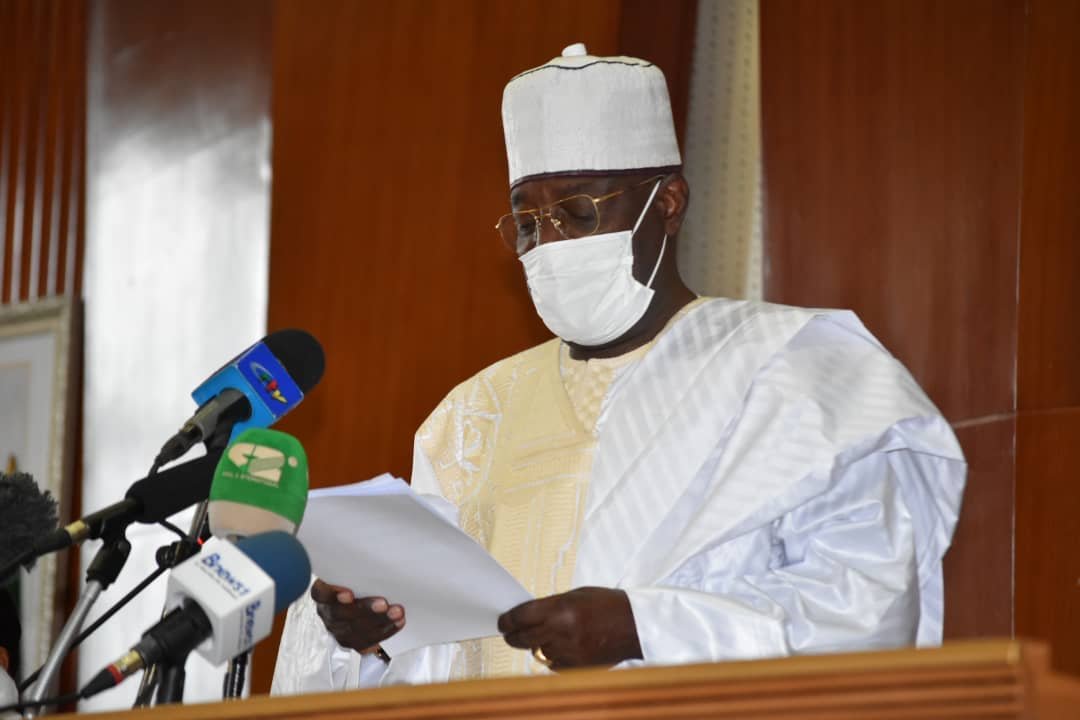 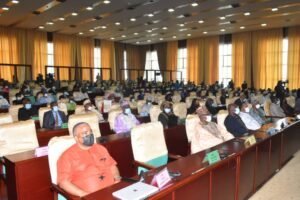 Tuesday, June 8th 2021 in Yaounde, Cameroon marked the official opening of the 2nd parliamentary session of the year. The full month session dedicated to budgetary orientations and scrutiny of the finance bill will pave the way as usual to a good number of issues of national interest. 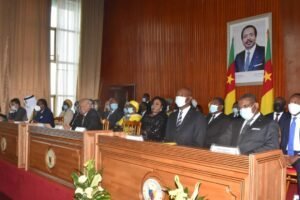 Speaking to members of parliament who answered present at the official kick-off session, Right Honourable Cavaye Yeguie Djibril said resumption of activities at the national assembly comes at a time government tussles with the COVID-19 that has been affecting people and movements worldwide. 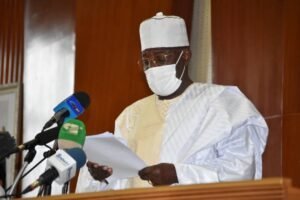 Apart from calling Cameroonians to strictly follow hygiene rules and measure barriers, Right Honourable Cavaye Yeguie Djibril seized the occasion to caution the population to wait for official information and results related to inquiries and the audit procedures set up by the Head of State on funds allocated to the COVID-19.

“That’s why I beseech my fellow citizens to kindly wait for results of the audit by refraining from having recourse to conventional media outlets and the social media to judge some Cameroonians beforehand and expose them to mob justice. We should remain calm”.

As concerns the increasing wave of insecurity, crises in Cameroon, Cavaye Yeguie Djibril has condemned the sinister agenda of some separatist fighters who keep creating chaos in the two crippled English speaking regions of the country-North-West and South-West, despite the call of the Head of State to lay down arms.

The Speaker of the national assembly expressed worries on the fact that all sorts of light arms have been observed circulating nationwide.

He said: “We have been reliably informed that the estimated number of such illicitly acquired arms in circulation in our country is seven thousand. The circulation of such arms at this point in time when there are growing insecurity concerns which are further compounded by acts of violence and organized crime in the country, point to the need to contain the illicit circulation of light arms especially as failure to do so would continue to expose Cameroonians to the risk of being maimed and increase security concerns in the country.”

Cavaye Yeguie Djibril in his maiden speech praised efforts already undertaken by government through the ministry of territorial administration to asphyxiate this scourge and by the way exhorted competent authorities to accentuate regulating activities in order to curb this issue of illegal arms’ possession.

The opening address of Cavaye Yeguie Djibril equally highlighted the return some days ago of a Nigerian contingent made up of refugees who were sheltered at the Minawao Camp in the Far-North region of Cameroon. A move which to him characterizes the fruitful cooperation between both countries.

The opening session was equally marked by a moment of silence dedicated to two hardworking and devoted female MPs, Deputy Speaker of the national assembly, Honourable Emilia Monjowa Lifaka and Marinette Ngo Yetna who passed away recently. 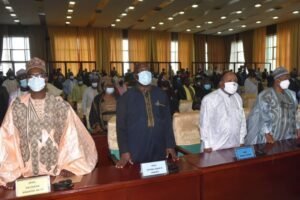 With the 2021 June session opened, focus will be on intensive deliberations on the budget orientation and other crucial issues of national interest.