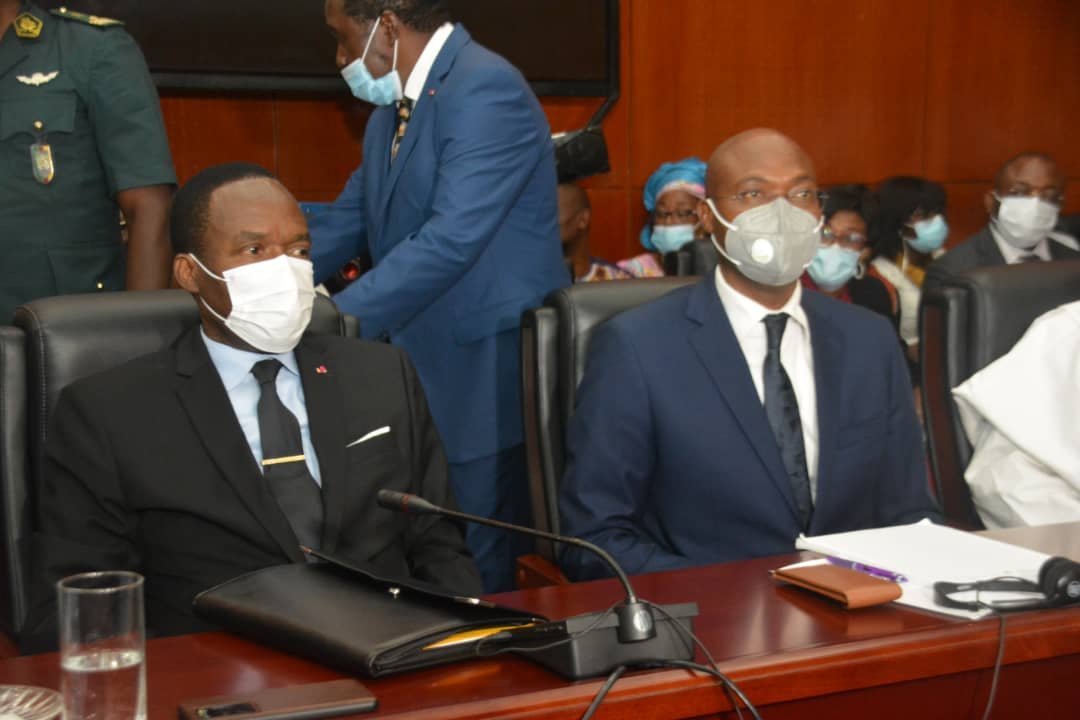 Just after the passage of Prime Minister, Head of government, Joseph Dion Ngute before the finance and budget committee of the national assembly, place was given to public bodies to defend their respective budgets for 2022.

After the official presentation of the socio-economic and cultural programme of the republic of Cameroon by the Head of Government, Prime Minister, Joseph Dion Ngute on Friday 26th November 2021 at the national assembly, the way was paved into the defence of various ministries’ budgets.

The sessions dedicated to the defence of ministerial budgets opened on Sunday November 28, 2021 but before then 6 ministers appeared on Saturday 27th November on the rostrum to answer in the first place, questions from members of parliament of the lower house of parliament. The plenary sitting chaired by deputy speaker, Theophile Baoro was marked by the passage of the: minister of state, minister of higher education; the minister of planning and regional development; minister of public health; the minister delegate at the presidency incharge of public contracts and minister of mines and technological development.

On Sunday, seven (7) ministers appeared before the committee to defend the budgets allocated to their different ministerial departments.

In 2022, according to Minister of state, Bello Bouba Maigari, focus shall be laid on the rehabilitation of 9 renowned hotels; the renovation of close to 14 touristic sites and by the way work on the promotion of internal tourism and support private initiatives.

On his part, Laurent Esso, Minister of state, minister of justice and keeper of the seals has a budget of 64.974 Billion FCFA. Compared to last year, the 2022 budget witnessed an increase which is inclined on the numerous projects to be undertaken in the law sector of the country.

Most of the activities of the ministry of justice will be on the construction, reconstruction and rehabilitation works of some prison cells, the building of the OHADA head office, the national school for administration and penitentiary in Buea, the main complexes of the Yaounde and Douala Judiciary services just to cite these few.

Prof. Fame Ndongo who convinced the finance and budget team said activities of his ministry in 2022 will grant priority first to digital professionalism, modernisation of some faculties, research and innovation, apart from the routine problems faced in state universities.

Before the team of Honourable Rosette Ayayi Moutymbo, Minister Delegate to the Minister of external relation, Felix Mbayu defended an envelope worth 34 Billion 888 Million FCFA for the execution of 2022 activities. At the ministry of relations which is the open door for the country’s cooperation, emphasis shall be laid during the upcoming year on reinforcing bilateral ties, management of the diaspora, migrants and crises said Minister Delegate incharge of cooperation with the commonwealth, Felix Mbayu talking on behalf of Minister LeJeune Mbella Mbella.

The ministry of defence, key department which is currently on the frontline with the numerous crises affecting the country has been allocated a budget worth 259 Billion 504 Million FCFA. According to Minister Joseph Beti’s presentation the money will be disbursed on the defence of integrity, protection of the population and environment, retraining etc.

The ministry of Paul Atanga Nji has been allocated an envelope of 36.452 Billion FCFA for the year 2022. The money will be spent on the functioning of the ministry, the administration of the territory, civil protection and other internal issues which are of the competency of the said ministry.

The ministry of public contracts led by Minister Ibrahim Talba Malla will for the upcoming year receive a budget of 14.322 Billion FCFA. Compared to 2021, there is a slight increase of 37 Million FCFA in the envelope attributed to this ministerial department.

The activities of day one ended and paved the way to the second round that kicked-off on Monday 29 November 2021 with another group of ministers.