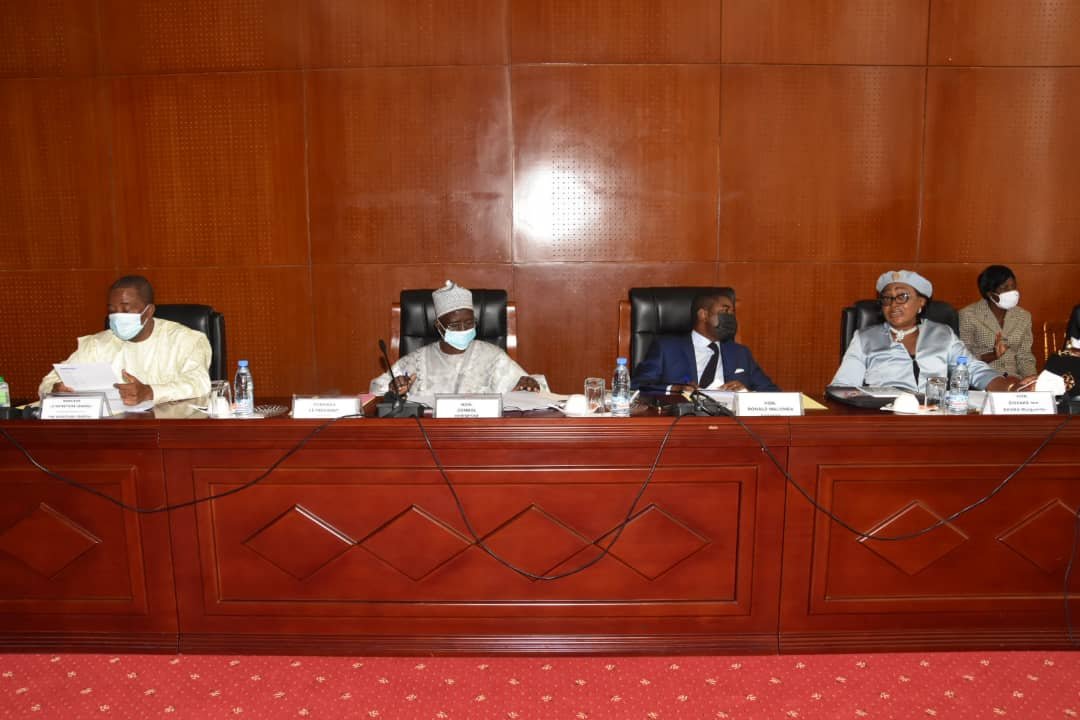 Members of the constitutional law committee chaired by Honourable Zondol Heresse met on November 17, 2021 in order to review laws governing freedom of associations and inter-trade organizations in Cameroon.

The ongoing November ordinary session of parliament unfolds with series of bills examined and reviewed by different committees of the national assembly.

On November 17, 2021, the committee in charge of constitutional law under the chairmanship of Honourable Zondol Heresse was tasked to amend some provisions of law No. 90/053 of 19 December 1990 relating to freedom of association defended by the minister of territorial administration, Paul Atanga Nji and bill No 2007/PJL/AN governing inter-trade organizations in Cameroon, which was defended by Gabriel Mbairobe, minister of agriculture and rural development.

Minister Paul Atanga Nji while addressing the press mentioned the fact that, there was great need to amend some provisions with regards to ongoing changes observed in the functioning of different associations and organizations. Focus in this 1990 law that governs freedom of associations in Cameroon is on section 5 which particularly calls for an amendment.

He said:  “Things are evolving and we have the law which is like the mother law that is the law of 1990… We have some specificities governing some organizations… What the government is doing now is to provide them with the ability to carry-out their activities, taking into consideration the realities of their own movements because political parties have their own way of functioning, syndicates have their own way of functioning, inter-trade organizations and so on.”

Agriculture and rural development minister, Gabriel Mbairobe on his part emphasized on the relevance of the bill on inter-trade organization, which seeks to open doors for the marketing and procession of products at all levels.