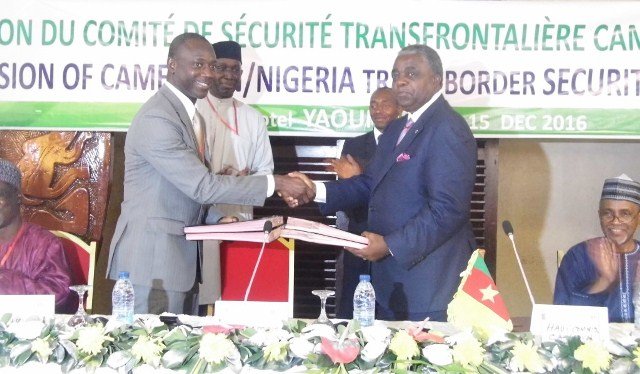 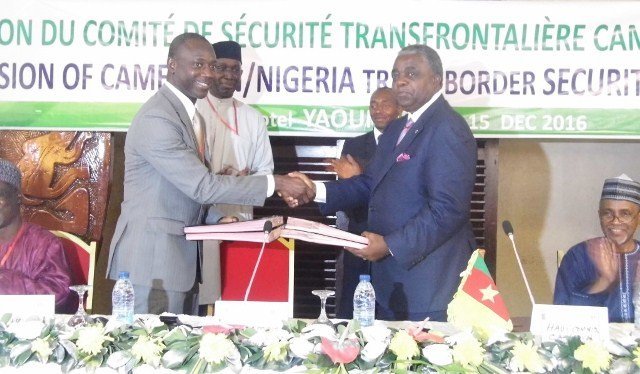 The two day meeting on security along the Cameroon-Nigeria transborders dropped curtains in Yaounde this December 15,2016.

Closing remarks from Nigerian Defence official, Major General Abba Mohammed DIKKO and Cameroon’s Minister of territorial administration and decentralisation Rene Emmanuel SADI have sealed the 5th session of the Cameroon-Nigeria transborder security meeting in Yaounde. The meeting that brought together close to a hundred experts from both countries was sanctionned by the signing and exchange of documents by the representatives of the two states and the reading of the final release in English and french languages.

Major General Abba Mohammed DIKKO, in his key note address expressed the willingness of both countries Heads of States to strengthen cooperation ties and reinforce security along their common borders. On his part, Rene Emmanuel SADI appreciated the work done by the experts present in Yaounde, who examined issues related to transborder security in Cameroon and Nigeria. He said : « the barbaric sect Boko Haram shall be crushed, we remain focused as we are aware of the stakes and challenges ». The deliberations have led to the examination of all different means needed to tackle all other forms of threats affecting our borders, maritime piracy, drug trafficking, circulation of small arms, customs problems just to name these few.
The 5th session of the Cameroon-Nigeria transborder security meeting held in Yaounde after that of Abuja in November 2015 has been evaluating the security situation along the 2000 km borders and setting up in place new strtegies to tackle threats from the sect Boko Haram which has fragilised several activities all over the past months along the corridor.