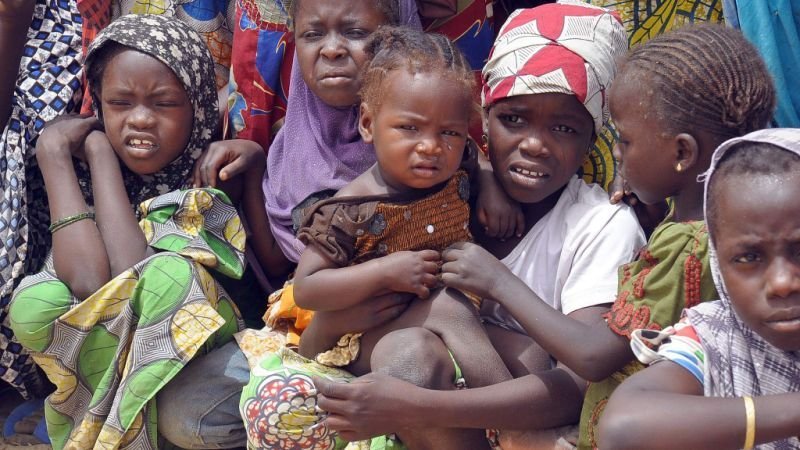 The August 2016 UNICEF report outlines the fact that 38 children have been used in suicide attacks all over the Lake Chad region.

The United Nations Children’s Emergency Fund (UNICEF) in its report titled: “Children on the move, children left behind uprooted or trapped by Boko Haram” unveils the complex humanitarian crisis in the Lake Chad basin, an area that comprises parts of Nigeria, Niger, Cameroon and Chad. An estimated number of 38 children have been used in suicide bombings in the Lake Chad region since the start of 2016 compared to 2015 which registered an estimated number of 44. The report says; many of the children caught in the conflict have been subjected to unimaginable violence and abuse; they have lost their families, their homes and years of education. In north- east Nigeria alone, an estimated 20,000 children have been separated from their families. Since the start of the conflict, thousands of children (boys and girls) have been forcefully recruited by armed groups and used to carry out attacks. Since 2014, 86 children have been used in ‘suicide’ attacks in Nigeria, Cameroon, Chad and Niger. The recrudescence of these suicide bombings have created more alert. UNICEF just like other humanitarian agencies have focused on several actions that will help to halt the situation that keeps on worsening in the Lake Chad basin. Yet, strike once more the attention of world leaders on the plight of these children, ahead of the next September summits on refugees and migrants that will regroup the 193 member states of the United Nations.
As outlined in the report, more is needed to scale up humanitarian assistance and upgrade the situation of children refugees or those displaced by the attacks of terrorists group Boko Haram. The report further reveals that; children fleeing violence in the region face multiple protection risks, from violence and exploitation, to detention, trafficking and separation from their families. Their needs must be put first, and their rights must be respected, protected and fulfilled. Children associated with armed groups should be released and reintegrated into their communities without delay.
The humanitarian crisis according to UNICEF remains underfunded and the basic needs of children and families continue to grow as time passes by. UNICEF has received only 13 percent of its funding requirement this year for its humanitarian response across the four countries. UNICEF is calling on governments to make children central to the discussions and outcomes of the summits – including the 1.4 million children displaced by the conflict in the Lake Chad Basin, who deserve the world’s full attention so that the crisis can be resolved and they can go home and live normal lives as soon as possible.
With regard to the scale of the crisis, UNICEF has revised its funding needs to US$ 308 million to provide lifesaving assistance to families affected by Boko Haram violence across Nigeria, Niger, Chad and Cameroon. By mid-August 2016, UNICEF has received only US$ 41.2 million – 13 per cent – of its funding requirement for the humanitarian response across the four countries.