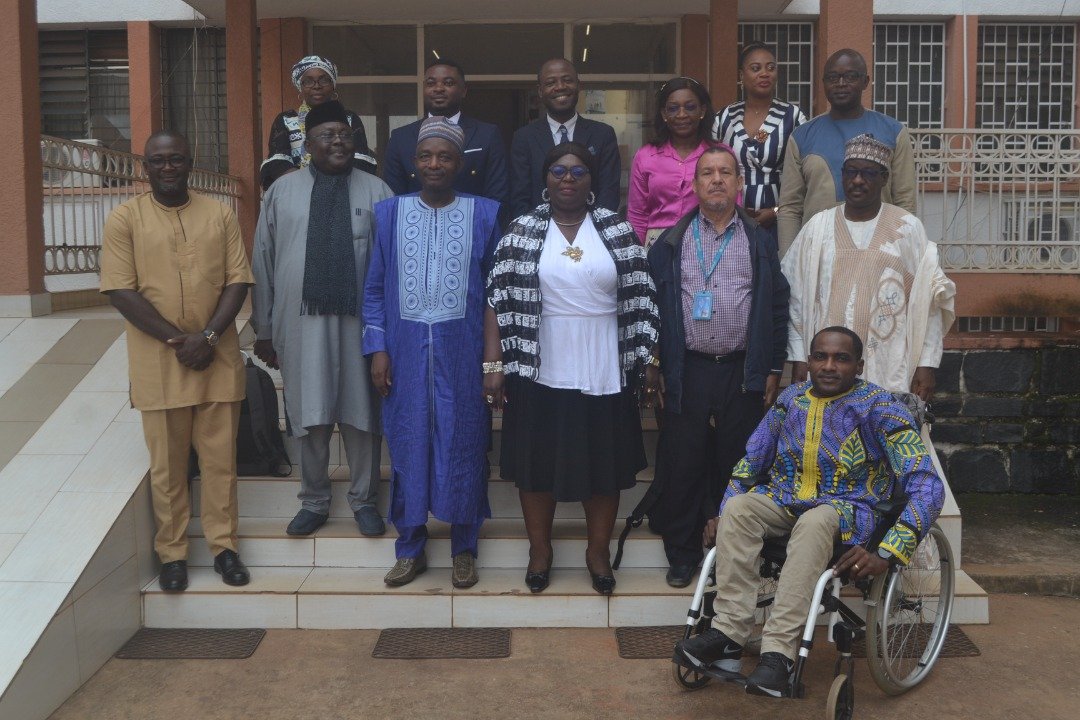 Secretary-General in the Ministry of Social Affairs, Beryl Itoh Panje chaired on Tuesday 22nd November 2022 in Yaounde, a meeting aimed at reviewing the strategic plan to fight against HIV/AIDS in this ministerial department.

The meeting that took place on Tuesday, 22nd November 2022 in the conference hall of the ministry of social affairs brought together experts from UNICEF, the national committee for the fight against AIDS, and personnel of the host ministry.

As outlined by the Secretary-General in the Ministry of Social Affairs (MINAS), the meeting that entered within the framework of the Cameroonian month for the fight against HIV/AIDS is also crucial as its falls in line with the national strategic plan of action set up by the ministry.

Mrs. Panje Itoh Beryl said: « This meeting we just held enters within the framework of activities marking the celebration of the 7th edition of the Cameroonian month for the fight against HIV/AIDS and the 31st World AIDS day come December 1. At the Ministry of Social Affairs, we try to work together with our partners to evaluate and see how we can improve the visibility and performance of the social sector as our key contribution.

The close two-hour working session placed under the theme: “Exigence and implication in a sectorial planning of activities for the fight against HIV/AIDS” paved the way for in-depth discussions on the 2017-2021 strategic plan of action put in place at the level of the ministry of social affairs notably for those living with disabilities.

UNICEF’s representative and expert in the HIV/AIDS program, Dr. Bacha seized the occasion to praise efforts undertaken by MINAS on the field and said the Ministry has a pivotal role to play at the levels of communities, this thanks to the different partnerships signed recently with decentralized authorities and 20 councils.

Secretary-General while chairing the meeting insisted on the fact the ministry which is at the service of people living with disabilities and vulnerable groups like elderly persons has been working towards an inclusive campaign. Communication has been adapted for the various target groups as she said.

“We equally work with our partners to seek efficient strategies that will help us identify the various methods of intervention so that we get right to our target populations and see how we can at our level reduce this pandemic of HIV/AIDS. Peer educators trained a year ago will equally be evaluated in the course of these activities…” Mrs. Panje Itoh said.

The Focal point of HIV/AIDS in the ministry, Theodore Ngue in his presentation emphasized the different communication supports that need to be adapted to people living with disabilities.

Theodore Ngue said most posters designed for the campaign against HIV/AIDS are not inclusive. He said, for instance, visually impaired persons are most often left aside in the course of such communications and the role of MINAS is to make sure that such campaigns take into account all their target groups as well as to put in place initiatives that are socially inclusive.

He added that the session was equally out to launch a series of activities that have been endorsed in the sectorial plan of action and to review the different challenges which are hindering the fight at the level of their department.

Innovative measures have been set up to commemorate the 31st edition of World AIDS day as he said.

“We have among other open doors activities that will help to sell out what we do in our sector. Through this activity, we intend to inform the public about strategies put in place at MINAS to eradicate this pandemic. On December 3, 2022, in all ten regional headquarters, we shall organize a sensitization campaign for people living with disabilities and who are highly exposed to the disease due to some hindrances.”

Besides the Secretary-General, other officials of MINAS such as the Inspector General, Mr. Valentine Asongtia Foreke, the Director of social protection, Jean-Pierre Edjoa, the Chief of the communication unit, Mrs. Nathalie Dikoume, etc. 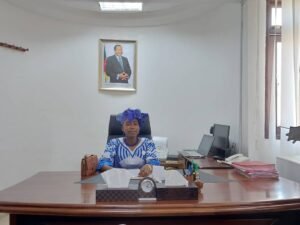