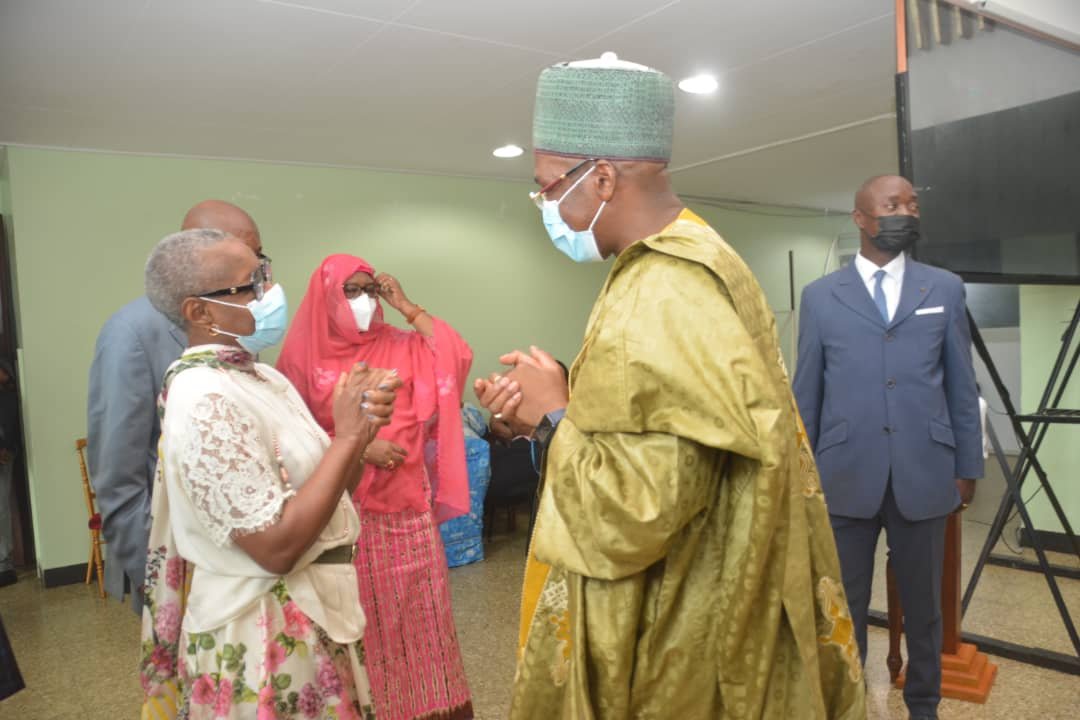 Members of the finance and budget committee of the national assembly played host on Wednesday 1st of December to another set of ministers who came in to defend their various envelopes.

The team of Rosette Ayayi Moutymbo like usual discussed with the different ministers on major highlights of their budgets for the 2022 exercise.

The ministers programmed for December 1, 2021 appeared before the committee as follows:

The Minister of public health, Manaouda Malachie has defended a draft budget worth 207 Billion FCFA.

He said his ministerial department is engaged in several health care activities, yet in 2022, emphases shall be laid in priority on the upcoming African jamboree to be hosted by Cameroon as there is need to accentuate vaccination campaigns to fight against the COVID-19 pandemic. Minister Manaouda equally stressed on the fact that the universal health coverage which is a presidential project with an accent on the health of mother and child will be launched effectively next year. Other key actions as he outlined are to be focused on capacity building and empowerment of the staff.

Minister Nganou Djoumessi said priorities at the level of his ministry for the 2022 exercise are based on the launching and achievement of construction works on the Babadjou-Bamenda highway; the ring road(first step on the Kumbo, Nkambe, Misaje); the Ebolowa- Akom II- Kribi road alongside that of Grand Zambi in the South region.

The Minister said activities of his ministry are organized in line with the national development strategy 2020-2030(NDS30). And in order to play a decisive role in achieving emergence by 2035, his ministry has a strategic objective to develop water and energy production and by the way promote their access at lower cost, to populations in short, medium and long term.

An envelope of 16 Billion FCFA was apportioned to the ministry of post and telecommunications. Minister Minette Libom Li Likeng was before the finance and budget committee to unveil her programmes for 2022. According to the Minister, the financial year 2022 will focus on consolidating all the programmes which have been launched so far for the digital transformation of our country. She added that, main projects will be on the exploitation of the newly constructed digital innovative centre, an adequate platform set up for start-ups; the reinforcement of Campost; the fight against cyber criminalities just to name these few points.

It is an envelope of 118 Billion FCFA which was allocated to the ministry of Housing and Urban Development. The ministerial department led by Celestine Courtes Ketcha will focus its activities on social housing which to an extent was crippled by the COVID-19. The massive constructions of lodgings, urban cleansing, urban mobility and the complete transfer of competencies for an effective decentralization process.