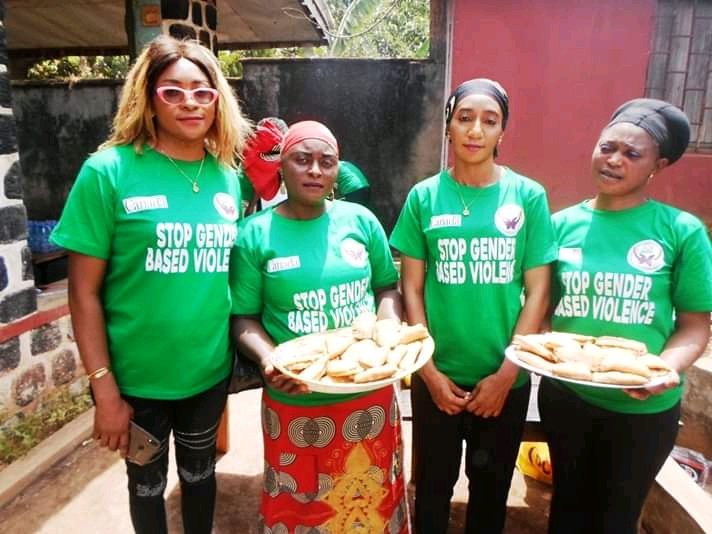 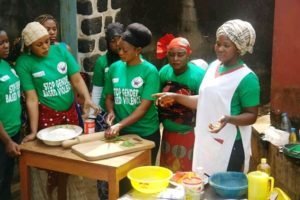 Transforming wheat flour into fish pie and producing starch using locally cultivated cassava tubas. This has been  the main focus of a series of training sessions organized by locally based non governmental organization, Bridgers Association Cameroon, within the framework of a project dubbed: economic empowerment of women/Girls to counter gender based violence(GBV) amidst the anglophone crisis.

These training sessions held from February 19 till the 27, 2020 in Bamenda, North West region of Cameroon, gathered over 40 women and girls. 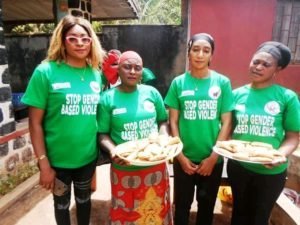 According to Jackline Azah Chey, General coordinator of Bridgers association Cameroon, the fully funded initiative of the High Commission of Canada to Cameroon, seeks to empower internally displaced women and girls socio-economically, in a bid to minimize gender based violence perpetrated on them as a result of extreme poverty and hardship they are experiencing.

While officially opening the trainings, Jackline Azah Chey said they are more preoccupied on how to revamp the mindsets of these internally displaced persons who have been tortured and suffered since the start of the crisis in 2016.

« Our cry is to put an end to the varied forms of Gender Based Violence you women and girls are going through. The green T-Shirts you are putting on signifies hope, there is a green light at the end of the tunnel since you still have life. So we beckon on you to deviate from deviant practices such as prostitution and even early and Forced Marriages in which you have resorted to pushing your little girls in to, just to make a living or shift responsibilities. » She said.

The trainees were equally drilled on  accounting and book keeping which will help them have a stock of their businesses and measure progress in the days ahead. In addition to the trainings, the women and girls were granted seed capital as well as capital materials.

As a registered association operating from Yaounde with satellite offices in Bamenda and Buea, Bridgers association Cameroon has the mission to empower women and girls through advocacy in order to achieve gender equality and fight against gender based violence. 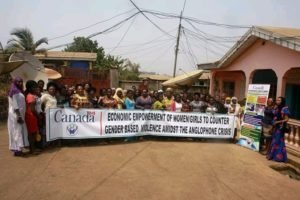 Bridgers association Cameroon on its roadmap geared towards implimenting the 17 Sustainable Development Goals(SDGs) has so far carried out in over 18 communities sensitization campaigns on GBV with a focus on child marriage, female genital mutilation, breast ironing, domestic and sexual violence and child labour. The community based organization has also amongst others carried- out sexual and reproductive health awareness in some 13 schools, 11 communities, with highlight on menstrual hygiene education, the proper use of male and female contraceptives for safe sex especially for the youths, and besides leading HIV/AIDS awareness campaigns.