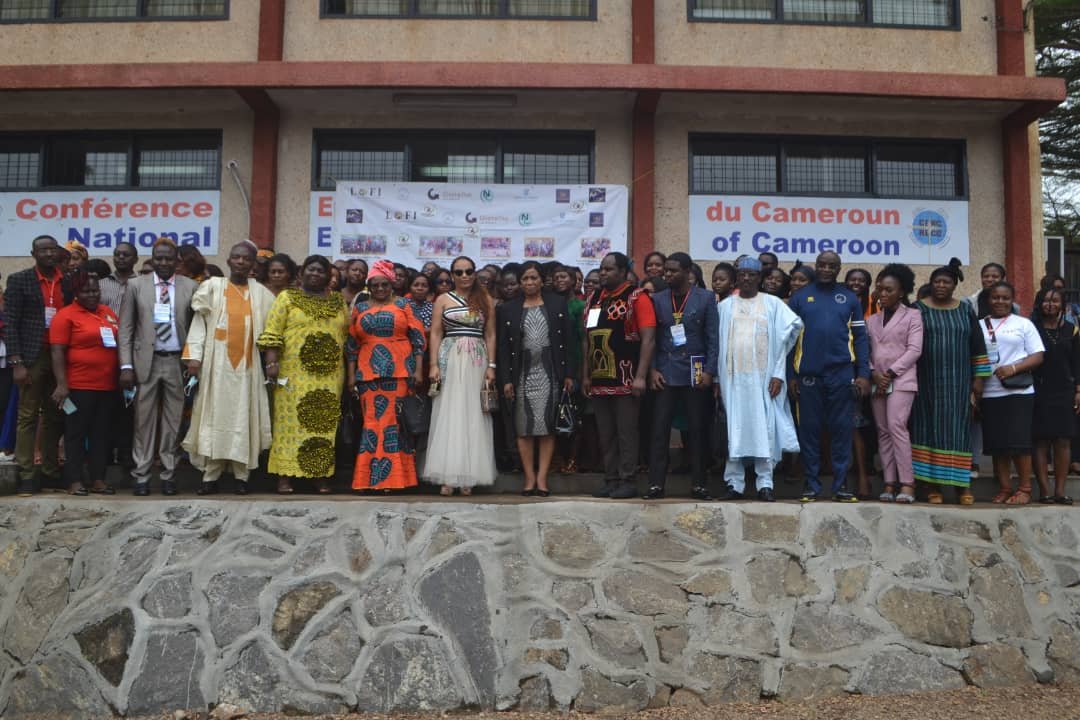 A two-day training programme aimed at upgrading the skills of young girls and women was officially launched in Yaounde, Cameroon under the patronage of social affairs’ Minister, Pauline Irene Nguene. The programme that took place on the 4th and 5th March 2022 at the national episcopal conference hall in Mvolye, Yaounde was placed under the theme: “The Empowerment of girls and women for sustainability and development.”

Initiated by local based association known as Light outreach foundation international, LOFI, the programme that enters within the framework of the 37th edition of the international day of women, targets mostly young girls and women in great need of support and income-generating activities.

Founder and national Coordinator of LOFI, Pastor Thomas Nkeh said openly that thanks to subvention granted by the ministry of social affairs to his association in 2018, over a hundred children were able to return to school. He said through the gesture, the Minister Pauline Irene Nguene has positively impacted in the lives of many children affected by the crisis.

He said thanks to such training initiatives, many girls and women are able to have at least the minimum to feed on themselves and their families.

“No foundation in the North-West region did what we did to promote back to school this year. We went to five villages, where no bike go to… We can still do more.” Pastor Nkeh Thomas said.

Pastor Nkeh however acknowledged that many still need to be done in order to relieve the vulnerable communities and solicited the support of the ministry of social affairs at various levels. The need for an official authorization in abid to accentuate activities of LOFI; the need to reduce custom duties as the association receives goods from foreign partners in India and funding just to name these few were outlined by the Pastor who pledge for the continuous patronage of the ministry of social affairs.

In her keynote address, the minister of social affairs praised the initiative which to her, is a quick response in the reinforcement and acceleration of the fight against social marginalization of women, the girlchild and other vulnerable groups in Cameroon.

Minister Nguene said: “The training and integration of these major components of the population is of prime importance to the government of Cameroon. This reflects the government desire to develop multi-sectoral partnership for the benefit of vulnerable people in our communities, especially women and the girlchild through the establishment of numerous projects with key partners like LOFI…”

Pauline Irene Nguene added that, there is need to encourage actions undertaken by LOFI which, despite the current crisis in the North-West and South-West regions braces up the challenges to support vulnerable groups there. LOFI through its various activities mainstreams government’s social policy in tackling inequalities and social injustices.

“The training programme dubbed: Women and girls’ empowerment for sustainability and development comes in at the right time to join the efforts put in place by the ministry of social affairs in order to eradicate challenges faced by vulnerable groups in our nation like widowhood challenges, abandoned orphan children in our communities, marginalization and all sort of injustices on the girlchild, Gender based violence etc. All types of vulnerabilities… This training demands that we should reflect on the major challenges faced by the vulnerable groups in our nation, it is an opportunity for us to show our commitment to tackle these obstacles in our various communities, for we have the assignment to come up with sustainable contribution, for the consolidation of social justice, living togetherness, partnership and civic behavior for the development of our beloved nation…”

The trainees were called on by the Minister to act as good ambassadors in their various communities with the aim of transforming and empowering themselves and other vulnerable groups.

For the two day programme, seasoned trainers were selected to upskill the trainees on how to: set up their micro-businesses, soap and cake making, designing of clothes, dresses etc.